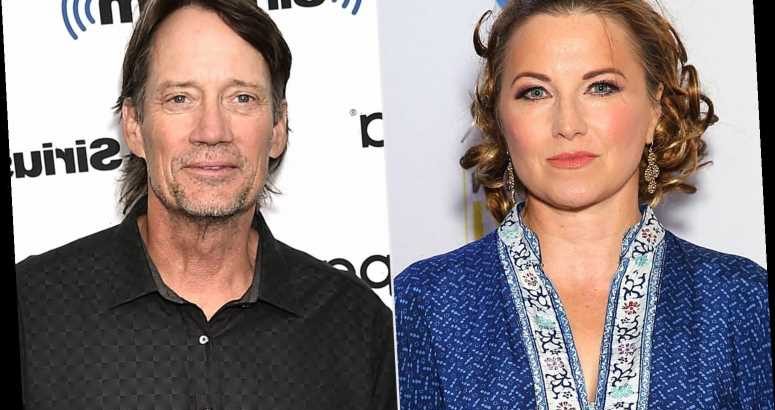 Xena: Warrior Princess star Lucy Lawless is speaking out against her former costar Kevin Sorbo after he endorsed an unfounded far-right conspiracy theory on Twitter.

Sorbo, an outspoken supporter of President Donald Trump, reposted a message claiming that it was "leftist agitators" who stormed the U.S. Capitol on Wednesday.

"Do these look like Trump supporters? Or Leftist agitators disguised as Trump supporters…" reads the tweet, which includes a photo flagged by Twitter as "manipulated media."

"They don't look like patriots to me…" Sorbo wrote alongside his retweet.

"No, Peanut. They are not Patriots," Lawless replied, going on to slam the actor's endorsement of the conspiracy theory.

"They are your flying monkeys, homegrown terrorists, QAnon actors," she continued. "They are the d—–bags that go out and do the evil bidding of people like you who like to wind them up like toys and let them do their worst. #keepingYourFilthyHandsclean #enabler."

Sorbo starred in Hercules: The Legendary Journeys from 1995 to 1999. He worked with Lawless when he reprised his role as Hercules in the spinoff Xena, which starred Lawless in the titular role from 1995 to 2001.

There is no evidence that agitators or members of left-wing movement Antifa were involved in Wednesday's deadly pro-Trump riot in Washington, D.C., despite the widespread claims on social media. Rather, photo and video evidence from the day suggest ties to far-right movements, according to a fact check from The New York Times.

The rioting was incited by the President's baseless claims that the election had been stolen from him. As a result, an emboldened crowd of rioters clashed with police, overran the officers and soon made their way into the Capitol building, all while lawmakers gathered to count the Electoral College votes certifying President-elect Joe Biden's win.

Police have confirmed that at least five people have died and several dozen police officers were injured during the violent events.

On Thursday, Acting Attorney General Jeffrey Rosen issued a statement noting that those responsible for the riots at the Capitol would "face the full consequences of their actions under the law."