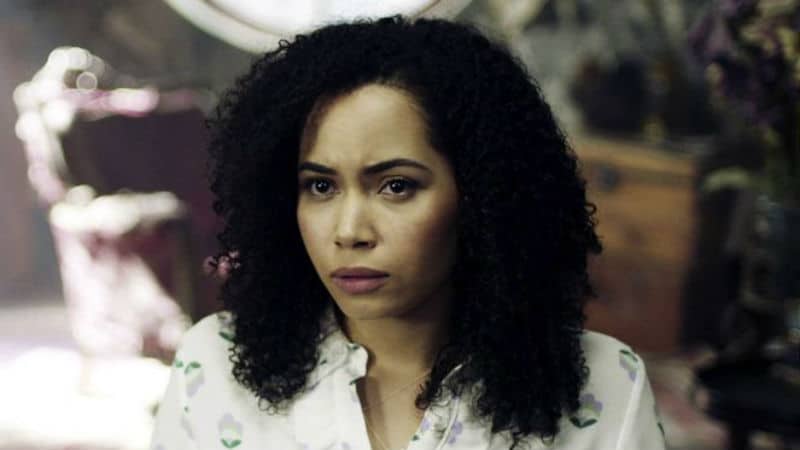 Charmed is back with three new sisters and a brand new story. Macy Vaughn is the eldest sister, the one who has been raised away from the other two girls.

Madeleine Mantock plays Macy and during the premiere, she is introduced to her sisters, Mel, and Maggie who didn’t even know she existed.

In addition to being the oldest sister, Macy is a scientist. Her special power is that she is telekinetic. While her character would be akin to Prue (Shannen Doherty), there aren’t many similarities. In fact, with her being the long-lost sister, she is more like Paige (Rose McGowan).

Mantock was born in England where she played the role of Scarlett Conway on the British medical drama Casualty before coming to the United States in 2013. You may recognize her from Into the Badlands on AMC or the CW show The Tomorrow People, which lasted just one season.

Madeleine Mantock is the lead on the Charmed reboot and the pressure is on to do a great job. The Charmed fanbase is hopeful that the new version of this beloved show will go well, which makes Mantock’s Macy critical to the success of the show.

Especially after Mantock admitted that she wasn’t a fan of the original series. She told Metro that while her brother was a big fan of the show, she had basic knowledge of Charmed.

“I knew what the characters looked like, I knew [their] names, there were elements of the show that I knew,” Madeleine said. “I knew they were all sisters. And their names began with the letter P. I was definitely aware of it. But not enough to call myself a fan.”

There has been a lot of talk about the Charmed reboot and how things are going to go.  Initially, there was confusion about the reboot, leading to quite a bit of criticism.

Now we know that the new version of the 90s supernatural series won’t be recreated and instead, we’re getting a whole new show with the same concept.  Twenty years ago it was introduced to viewers and now, the reboot is set to premiere.

As fans get ready to watch the new Charmed, Madeleine Mantock is aware of the controversy surrounding the rebooted series and the criticism the reboot has received even before anyone watched it. Mantock and her TV sisters are bringing a whole new storyline and set of characters to the Charmed universe, which is something she hopes fans can enjoy.

Charmed airs Sunday nights at 9/8c on the CW.