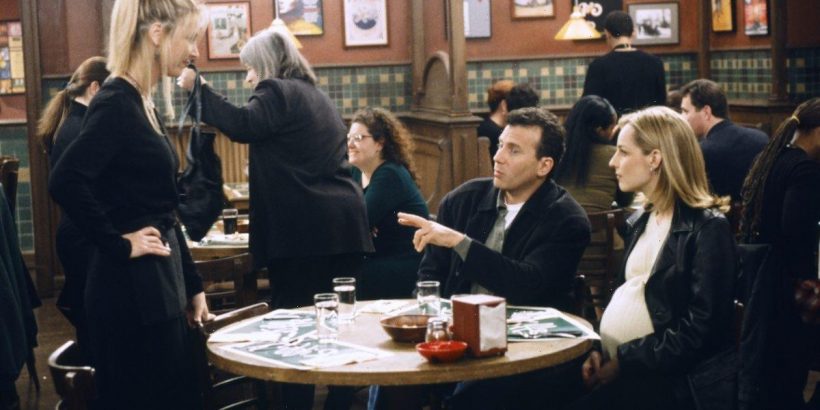 Lisa Kudrow is best known for portraying Phoebe Buffay on Friends. Before she nabbed the starring role, she played a much smaller part on NBC’s Mad About You. In fact, Kudrow played both roles concurrently from time to time. More than one crossover occurred, ensuring viewers knew that Mad About You and Friends lived in the same TV universe, alongside NBC’s other massive hit, Seinfeld. If that wasn’t enough to bind the two shows together, Kudrow’s Mad About You character, Ursula, even gave a subtle nod to the show her fictional twin sister appeared on.

Lisa Kudrow was on NBC’s radar long before ‘Friends’

The cast of Friends was relatively green when they landed the roles that would eventually make them famous. Courteney Cox was the best-known actor to fans, but Kudrow was likely the most notable member of the cast to NBC executives. Before landing the role as Phoebe, she appeared or was about to appear in two other NBC shows.

Kudrow was initially cast in Frasier as Roz Doyle, but when the cast began working together, she was fired and replaced by Peri Gilpin. Kudrow has spoken extensively about the rejection, stating that she knew the chemistry just wasn’t there. She was also cast in a recurring role on Mad About You. She served as the particularly flighty waitress, Ursula Buffay. Kudrow returned to the part 24 times during the tenure of Mad About You.

NBC was pretty dedicated to ensuring that fans knew Friends and Mad About You existed in the same TV universe. Not only did Ursula appear on Friends multiple times, but Jamie Buchman and Fran Devanow appeared briefly in Friends, too. If that wasn’t enough to make the connection, Ursula gave a little nod to her fictional twin’s show.

In one episode, Paul Buchman notices that he hadn’t seen Ursula in a while. When he enquires about her whereabouts, she is purposefully vague. She tells her regular customer that she’s been hanging out with friends. While there is no further mention, fans of both shows assume it was a quiet nod to the TV universe connection.

While the network was heavily invested in ensuring fans knew Mad About You and Friends existed in the same universe, they were far less interested in making that connection with Seinfeld, although it did happen. In a couple of episodes, NBC established Mad About You and Seinfeld existed in the same universe. Most notably, Paul revealed that Cosmo Kramer was subletting his bachelor pad in a crossover episode.

According to E!, that’s where the effort stopped, though. According to the publication, NBC introduced a plot hole when an episode of Seinfeld showed George Costanza and Susan Ross watching Mad About You. They made no effort to link Seinfeld to Friends. In fact, Courteney Cox appeared on Seinfeld as Meryl, one of Jerry’s girlfriends, before she became Monica Geller. Neither show ever explained the connection.