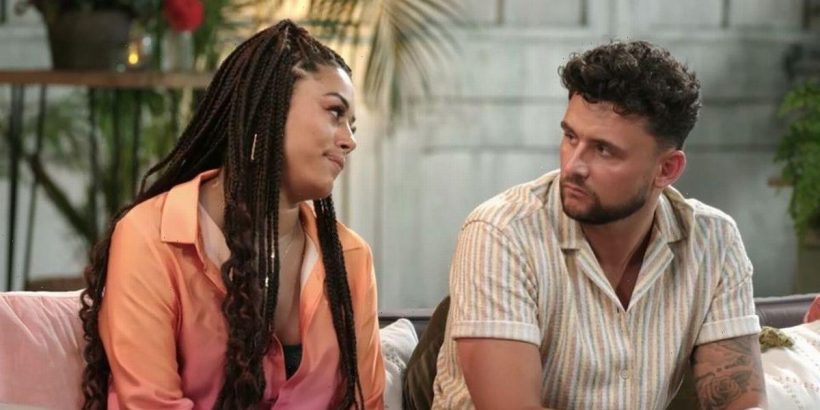 Jordan Emmett-Connelly apologised to a tearful Chanita Stephenson on the Married At First Sight UK finale as the pair discussed their break up with the show’s experts.

Once hailed as the “golden couple” of this season, MAFS fans were floored to discover that the pair had called time on their relationship ahead of the reunion.

On Tuesday 18 October night’s reunion episode, Chanita and Jordan were quizzed by the experts as Mel Schilling asked if he was willing to walk away from what he had with Chanita.

Hesitating before he answered, he turned to Chanita and asked where her “head was at”.

The couple’s fellow contestants then weighed in, with Zoe Clifton stating that while she liked them both, she felt Chanita “deserves better”.

Meanwhile Gemma Rose suggested that Jordan realised what he was missing since they'd gone their separate ways.

In light of their comments, Chanita came to the conclusion that she does deserve better as Jordan apologised for upsetting her.

“I’m honestly sorry for upsetting you,” Jordan said to her, as he continued to echo such sentiments.

The camera then panned round to their co-stars looking sombre as Chanita and Jordan confirmed their relationship was over.

Following the initial shock after Chanita and Jordan turned up to the first part of the explosive reunion separately on Monday, Chanita went on to explain that “everything changed” between them after the experiment.

“When we came out of the experiment, everything just changed. Basically, I kept saying, ‘I feel like you’re not interested in me, you’re not making an effort, you’re not doing this,’ and he’s all, ‘No, no, no, I can’t wait to see you,’ and then I was right!” explained a tearful Chanita.

“And then he was like, ‘Oh, I don’t think we’re compatible, I don’t want to be with you’ – it was really weird,” she continued.

Their fellow MAFS stars were equally as surprised as the show’s viewers at the pair’s break up, with Thomas saying: “I really hedged my bets on them.”

“Oh no, my favourite couple are not together… Jordan & Chanita,” added another.

While a third weighed in by adding: “Gutted. But Chanita deserves someone more mature than Jordan.”