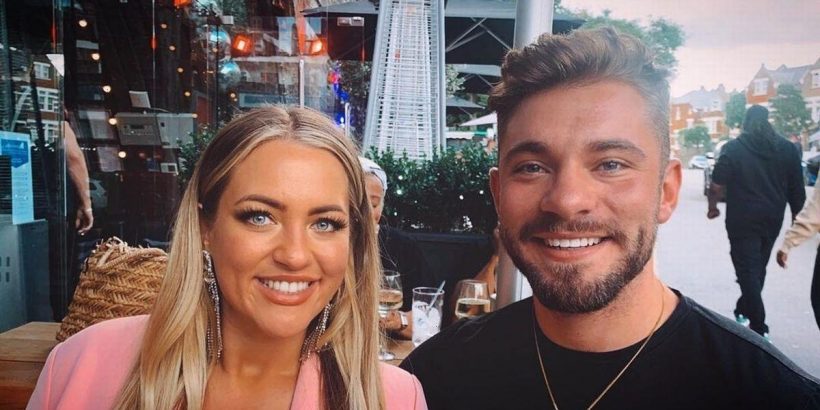 Married At First Sight UK started on E4 on Monday, and one of the first couples was Megan and Bob, but Megan's twin brother Mitchell has been flooded with hateful messages since the show aired.

Viewers were unimpressed as they felt her twin was being "overprotective" of his sister on the show.

Wellness coach Megan, 26, from Stoke, seemed thrilled with her new husband as they posed for photos and then enjoyed their reception.

Throughout the ceremony, the camera kept focusing on Mitchell's unimpressed face, although he did acknowledge that Bob, 26, said all of the right things as Megan arrived to be wed.

He later pulled Bob for a chat and asked what his intentions were towards his sister.

Mitchell posted: "Oh my God I'm getting trolled like murder!"

Her twin has been retweeting some of the negative comments he received.

One wrote: "Megan’s brother has such gross toxic masculine energy."

Another said: "Am I the only one who thinks that Megan’s brother needs to… cool it?"

Someone else wrote: "Why is Megan's brother acting like the FBI? Calm down, you should have had that chat with your sister, not the groom. Protect Bob at all costs."

However one person stood up for him, saying: "I don’t think Megan’s bro is being intense at all, she’s just married a stranger. My whole family would corner him, not just my brother!"

Another thought he looked like a certain famous pop star: "How is Megan’s twin brother a young Will Young? I hope her Grandad’s an old Gary Oldman."

Viewers will see tonight (September 1) how Megan and Bob get on, as they're treated to the honeymoon episode – and there's sure to be plenty of drama.

Married at First Sight UK is on 9pm on E4. Episodes run Monday-Thursdays.