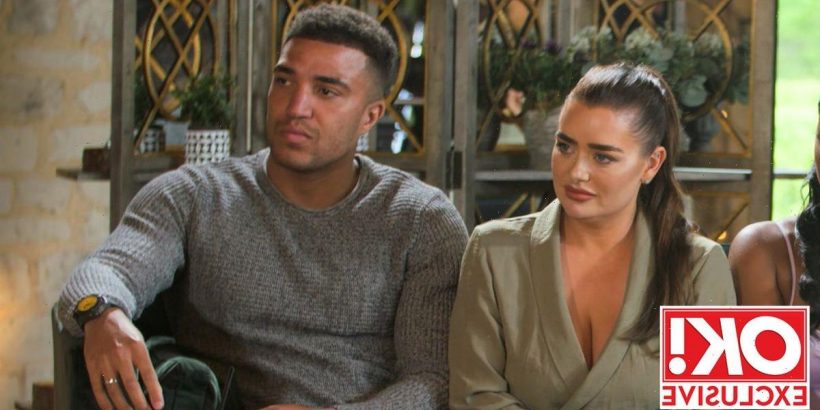 Married At First Sight's Joshua Christie has opened up about the long days of filming the cast had to endure during the recurring commitment ceremonies. The 26 year old went as far as to say they were the "worst."

In an exclusive interview with OK!, Josh detailed what went into recording the mammoth, drama-fuelled episodes we all love so much.

"I swear to God, those commitment ceremonies were the worst days of filming," he told us, laughing. "So we'd wake up at like seven or eight o'clock in the morning and spend over an hour travelling from Brighton to the house where they're filmed."

He continued: "Once there, we'd all just be waiting around in rooms for ages. We got there at 10 o'clock, but we didn't even need to be there — filming didn't start until like 2 o'clock."

Josh said the couples would spend the time in their rooms "eating snacks, drinking coffee and just chatting," until the experts were ready to film.

"Then they'd lead us all onto the couches where we'd wait around again until everyone was ready to start shooting," Josh continued, adding that the cast usually "missed breakfast" due to the early wakeup call.

He added that the couples were offered breakfast at the commitment ceremonies, but joked that it "wasn't the nicest," so sometimes they'd "skip meals."

Josh explained that he'd get "a stash from the production office" which he'd put in his pocket and leave them "in the creases of the couches" for when there was a break in filming.

The insurance worker went on to talk about the dramatic dinners and promised us that "none of what the audience sees is rehearsed or staged."

Keep up with all the latest news on Jac Jossasigning up to OK!’s daily newsletter.

He continued: "All the drama you see happens naturally. If anything, it's kind of diluted."

Josh — who also appeared in Shipwrecked — said that Married At First Sight was "far more intense" than living on the island.

"It's a whole other level. This is more of an emotional roller coaster," he told us. "It was way out of my comfort zone, but I know that some of the best things in life come from making yourself vulnerable."