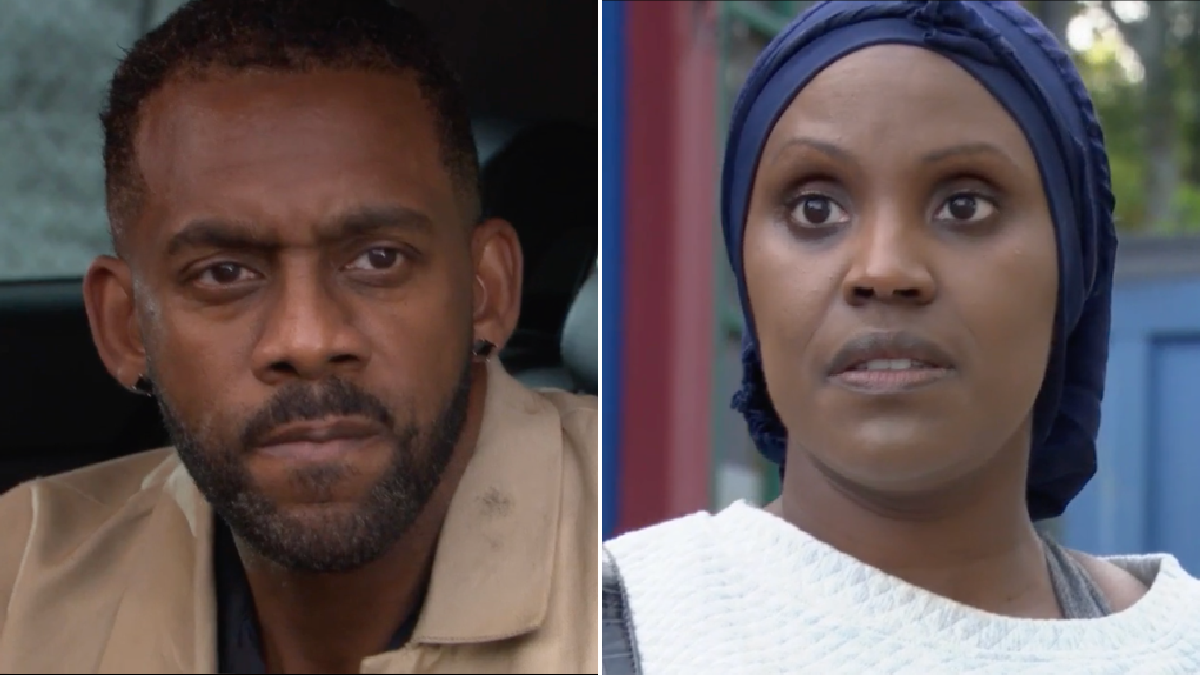 Hollyoaks’ Martine Deveraux (Kelle Bryan) was forced to say an emotional goodbye to Felix Westwood (Richard Blackwood) for at least the third time this year, as he left the village once again.

Felix, as viewers know, is pretending to be dead, after Warren Fox (Jamie Lomas) made a threat on his life.

Warren had been tasked with murdering Felix by none other than Fergus Collins (Robert Beck), who was livid with Felix for sabotaging his drugs operation, which ultimately cost him a lot of money.

He therefore requested that Felix be disposed of, and Warren was more than happy to comply, as he kidnapped his former best mate, tied him to a tree in a remote location, and threatened to pull the trigger.

Joel Dexter (Rory Douglas-Speed), however, tracked his dad to the woods, and pleaded with him reconsider killing Felix, and asked him to see through Fergus’ manipulation.

With some assistance from Felix, who reiterated what Joel had said, Warren realised that Fergus had – in fact – been pulling his strings, and therefore he decided to spare Felix’s life.

What’s more, the trio united in their mission to take down Fergus, with Joel having an expert IT whizkid doing all he can to break the code and hack into Bluebird.

In the meantime, however, Felix has to play dead, and while Martine knows all about what her fiancé is up to, not being able to see him has proven incredibly difficult for her – especially in the wake of her operation.

She therefore headed to the garage and suggested that they run away together, just until Joel gets the evidence he needs to put Fergus away once and for all.

Felix was a fan of this idea, but he soon realised that it would be better for everyone if he left on his own, and Martine ultimately agreed.

The lovers kissed one last time, before Felix left the village. The question is: just how long will it be before he’s back on our screens?

Will Joel get what’s needed in order to destroy Fergus? If so, will Felix finally are able to live his life with the love of his life?

One can live in hope!