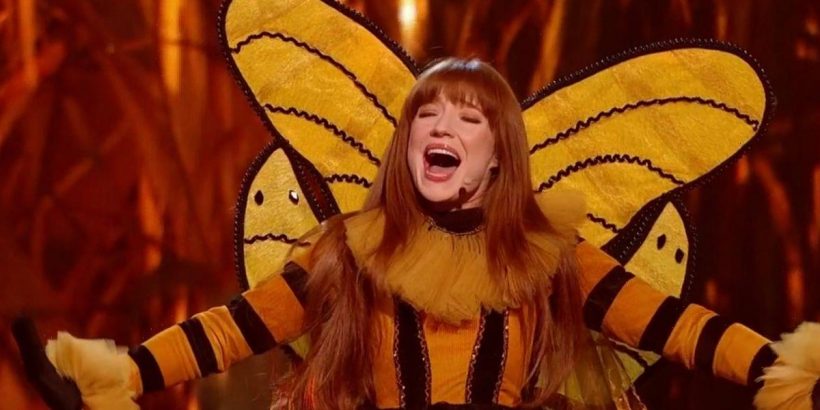 The new series of ITV's The Masked Singer kicked off on Saturday night and viewers were certainly excited for the glitz, the glamour and the guessing.

Hosted by presenter Joel Dommett, the show which sees celebs disguised in elaborate costumes while they sing their hearts out has been coined a favourite by TV lovers across the UK.

Trying to guess who may be behind the masks, celebrity panellists Jonathan Ross, Davina McCall, Mo Gilligan and Rita Ora give their take on who they think the celebs might be.

But as the show prepares to keep viewers on their toes, Daily Star has taken a trip down memory lane to discover what happened to the previous finalists from the last two seasons.

Dressed as a sausage surrounded by chips, Joss sailed her way through to the final round and won the show.

But after her final episode aired on February, 13, 2021, Joss went on to welcome her first child with her musician boyfriend Cody DaLuz.

Sharing her happy news with her online, the Super Duper Love singer said in a short video clip: "Had a little bun that I've been making for about nine months, and it's cooked!

"Here's one we made earlier… she's so sweet!"

She added: "She was breech so I had to have a C-section which was delightful… I'm tired. Cody has been amazing, totally worth it."

The award-winning musician was certainly a surprise to most when he finally unmasked from his badger costume in February 2021.

Speaking about his experience on the show, Ne-yo said: "I've had so much fun with this. It's been a great experience."

Since his appearance on the programme, Ne-Yo- who hadn't released any new music for quite some time- went on release his single What If.

Former X Factor and JLS superstar Aston Merrygold came third place in series two and was certainly a hit amongst the panel and fans alike.

Disguised as a glamorous Robin, Aston ensured he kept his appearance on the show top-secret and decided not tell his band members that he was starring in the competition.

Aston's final song before he was unmasked was For Once in My Life by the legendary Stevie Wonder.

Since his time on the programme, Aston and his bandmates Oritsé Williams, Marvin Humes and JB Gill finally came together to release new music.

The first series of The Masked Singer kicked off in January 2020 and it definitely had an array of well-known stars take the stage.

One singer who certainly captivated the nation was Nicola Roberts who was dressed as Queen Bee.

Nicola went on to win the show and warmed viewers' hearts in the process.

Talking about her performances at the time, panellist Davina McCall told the Girls Aloud star: "You are amazing!

"Your singing has been just jaw-dropping from the very start, that mask gave you confidence."

Since winning the show, Nicola has continued singing but she unfortunately encountered a tragic loss when her Girls Aloud band member Sarah Harding passed away from beast cancer at the age of 39.

Taking to her social media platform in September she penned: "I wanted to show appreciation for the lovely tributes to Sarah and outpour of love we have received.

"Also, acknowledgement for how Sarah's passing has affected many people who are fighting this cruel disease. My heart is with you."

Comedian Jason Manford came second place in the first series one of The Masked Singer.

Dressed as a Hedgehog who appeared to have expensive taste, the star stunned fans when he finally unveiled himself.

Talking about his time in the competition, Jason expressed: "I've just loved this show, it's been fabulous."

Speaking about the lengths he had to go through in order to conceal his identity, he added: "From the moment you leave your house you are in a hoody that says 'don't speak to me', a visor, it's like MI5, it's amazing."

Jason has continued to remain in the limelight since the show but he also recently spoke out about the programme stating the staff that worked on the set "didn't know what they were doing."

Speaking candidly about the costumes he said: "That first series when they didn’t really know what they were doing you were in that costume for ages.

"Now I think there’s a limit, you’re only allowed in it for five minutes or something and then it comes off."

"But when we did the first series you stood there for 20 minutes."

Classical singer Katherine Jenkins took on the role of Octopus in the first series and came third place.

Discussing her time on the programme, she said: "It's been so fun.

"In my normal career it can be quite serious and quite static and so to be able to do something where you can create a new character and sing songs you would never in a million years sing, it's been really really fun."

She also admitted that she tried to conceal her operatic voice while taking part in the competition.

Since her time on the show, Katherine has continued to work in the music business.

In September, the Welsh superstar was preparing to embark on her highly-anticipated headline tour that finally returned to theatres across the UK for the first time since lockdown took place.

The Masked Singer UK continues Sunday on ITV at 7.30pm