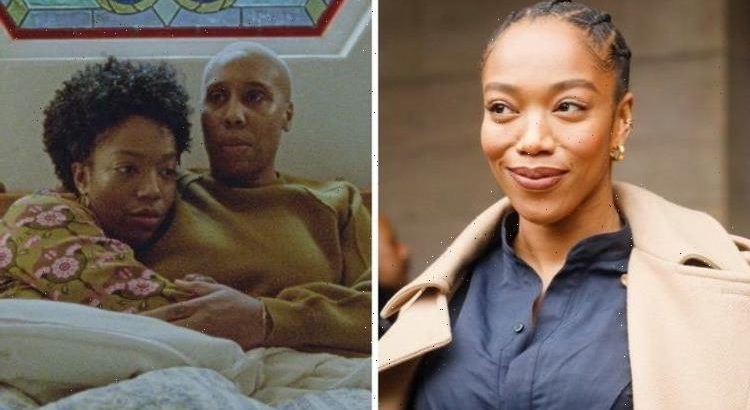 Master Of None: Lena Waithe stars in season three trailer

Naomi Ackie and Lena Waithe took centre stage in the brand new series of Aziz Ansari’s acclaimed drama, Master of None. For this reinvention of the popular Netflix series, the Star Wars star admitted she had to address some of her bad habits to give the most authentic performance possible.

The third season of Master of None features career-best performances from its two leads, Lena Waithe and British star Naomi Ackie.

Ackie stars as Alicia, the wife of Denise (Waithe), a key character from the first two seasons of the Netflix comedy-drama.

A dramatic departure from the show’s original concept, Aziz Ansaria’s Dev Shah takes a step back as Alicia and Denise work their way through a heartbreaking separation.

Speaking to Deadline, Ackie recalled: “I got to work with people I really admire, and also do something that I had never done before.”

“That whole experience really stretched me, to the point of being uncomfortable at points, but I don’t think that’s a bad thing.”

The two leads both revealed the five-episode season, subtitled ‘Moments In Love’, was some of the most challenging work they’d ever done for the small screen.

Indeed, Naomi Ackie’s singular performance as Alicia as she experiences the challenges of getting pregnant via IVF drew acclaim from TV critics upon its release in May.

Having impressed viewers as the newest addition to the Master of None team, Ackie revealed her role in the series forced her to confront some of her biggest shortcomings as an actress.

She told Deadline: “The main goal for me was authenticity, and authenticity you can’t plan.”

In contrast to Master of None’s previous two seasons, the drama plays out much slower and offers intimate access into Alicia and Denise’s deeply complex relationship.

Their conversations and arguments are often broken up by content or uncomfortable silences, which help construct a more realistic portrait of their marriage.

However, the unconventional approach to the show’s dialogue scenes took some getting used to.

Ackie explained: “There’s a joy in that, and me, myself, I can be quite a controlling performer.

“I’m trying to break that habit now. It was a big lesson for me as much as a joy, it was very freeing.”

The London-born star is best known for her appearances in the latest Star Wars film, as well as British series The End of the F***ing World and Cleaning Up.

In her latest project, Ackie was given more free reign over her character than ever before, and dominated the screen with a compelling and naturalistic performance.

Reviews have already noted the third season’s dramatic stylistic departures, which translates to the cast’s more improvisational and adaptive approach to the scripts.

Master of None’s loose and lengthy dialogue scenes could have proven a difficult task to classically trained performers like Naomi Ackie.

Thankfully, both actresses rose to the challenge, and creators Aziz Ansari and Alan Yang were bowled away by the finished product.

Master of None season 3 is available to stream on Netflix.