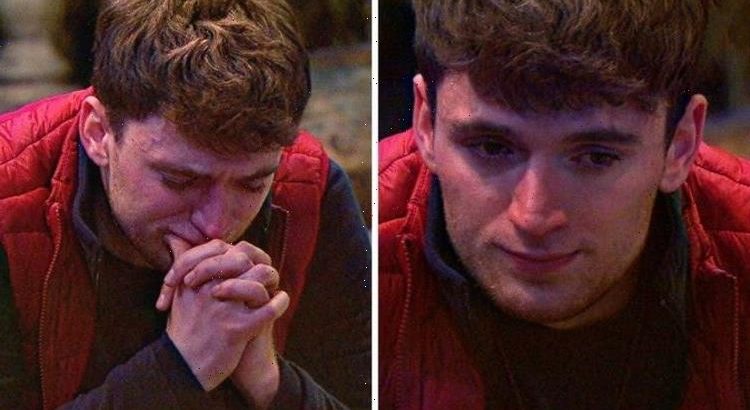 The current series of I’m A Celebrity…Get Me Out Of Here! has almost come to an end and soon the King or Queen of the castle will be crowned. The latest celebrity to be eliminated was Snoochie Shy and Olympian Matty Lee could be next to bow out of the ITV series.

Former I’m A Celeb campmate AJ Pritchard believes Matty could be the next to leave due to the lack of screen time he is getting.

The former Strictly Come Dancing star, who appeared on the show last year, thinks Matty isn’t getting enough time in front of the camera as his other campmates.

Arlene Phillips was the first star to be given the boot, followed by Kadeena Cox and Snoochie Shy.

Speaking about Matty being eliminated, AJ said: “I really don’t know, those soap stars are big names and have such a following that they could be there for a while.”

He continued to the Daily Mirror: “I’m worried someone like Matty may go soon and we haven’t even seen him. I don’t want that to happen but I’m worried that could happen.

The professional dancer went on to add that the Olympic diver comes across as “shy and nervous”.

Matty is also the bookmakers’ favourite to be eliminated from the castle next.

According to Ladbrokes, the diver currently has odds of 4/6 to leave Gwrych Castle.

Following close behind him is soap star Adam Wyatt with odds of 5/2 to be axed.

Naughty Boy is also at risk of leaving, especially after he landed in the bottom two on Tuesday night.

Jessica O’Reilly of Ladbrokes said: “The odds suggest Matty’s going to belly flop out of the competition sooner rather than later.”

In a preview from Wednesday night’s ITV programme, Danny Miller and Simon Gregson took on a trial.

The duo had to team up for a challenge called Grotty Grotto, which was an eating trial.

“It’s time for some minced-eyes and sherry,” Ant McPartlin said in the clip.

“Inside the minced pies are raw fish eyes. Give them a chew hard enough that you squeeze the juice of the eye out into the sherry glass.”

“Once it’s full, you then have to neck it,” the host continued. “It’s a star for each of you but only if you finish the glass.”

As Danny lifted the lid off his first mince pie, he said: “Oh my god!”

Ant and his co-host Declan Donnolly grimaced as they watched Simon squeeze the juice out of the fisheye.

I’m A Celebrity…Get Me Out Of Here! airs weekdays at 9pm on ITV.