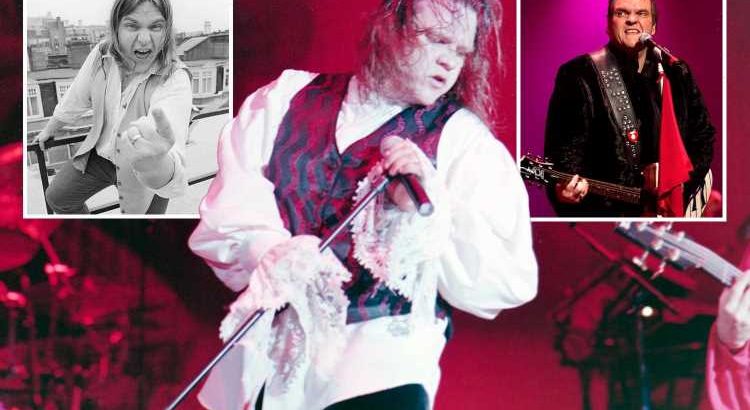 SINGING legend Meat Loaf has died at the age of 74 after a stellar career spanning six decades.

Born Marvin Lee Aday in Texas, he shot to fame with his powerful, wide-ranging voice. 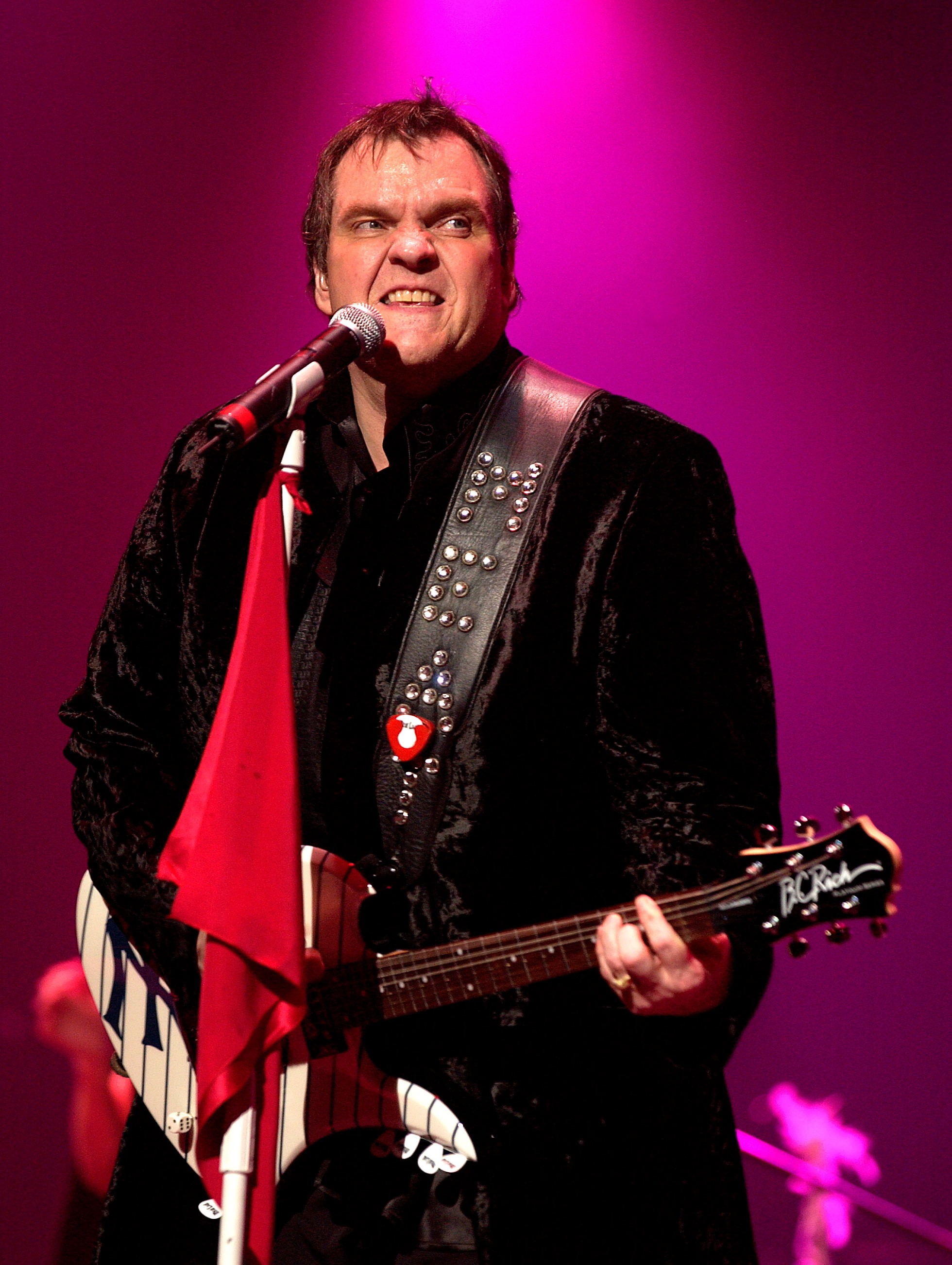 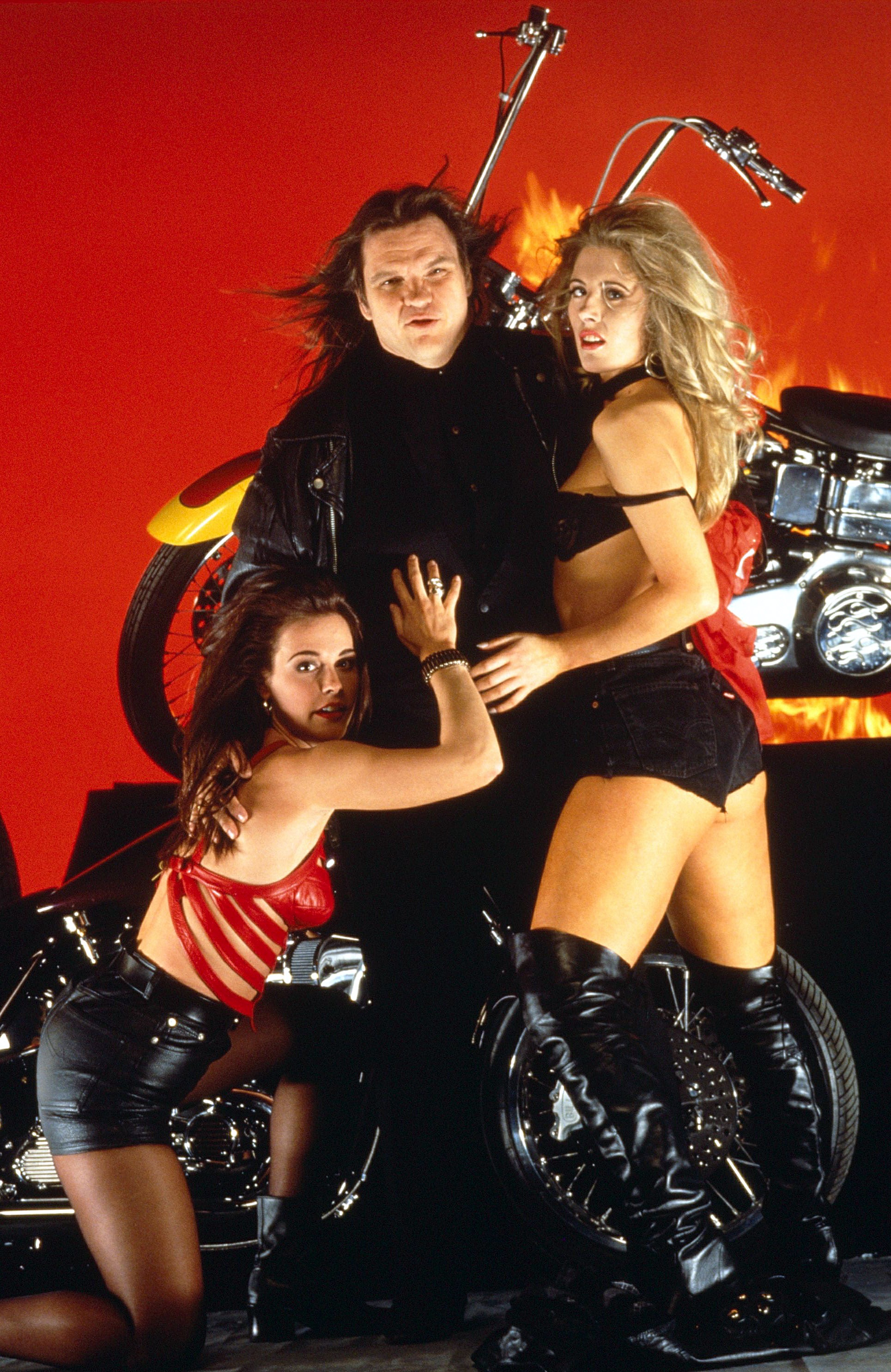 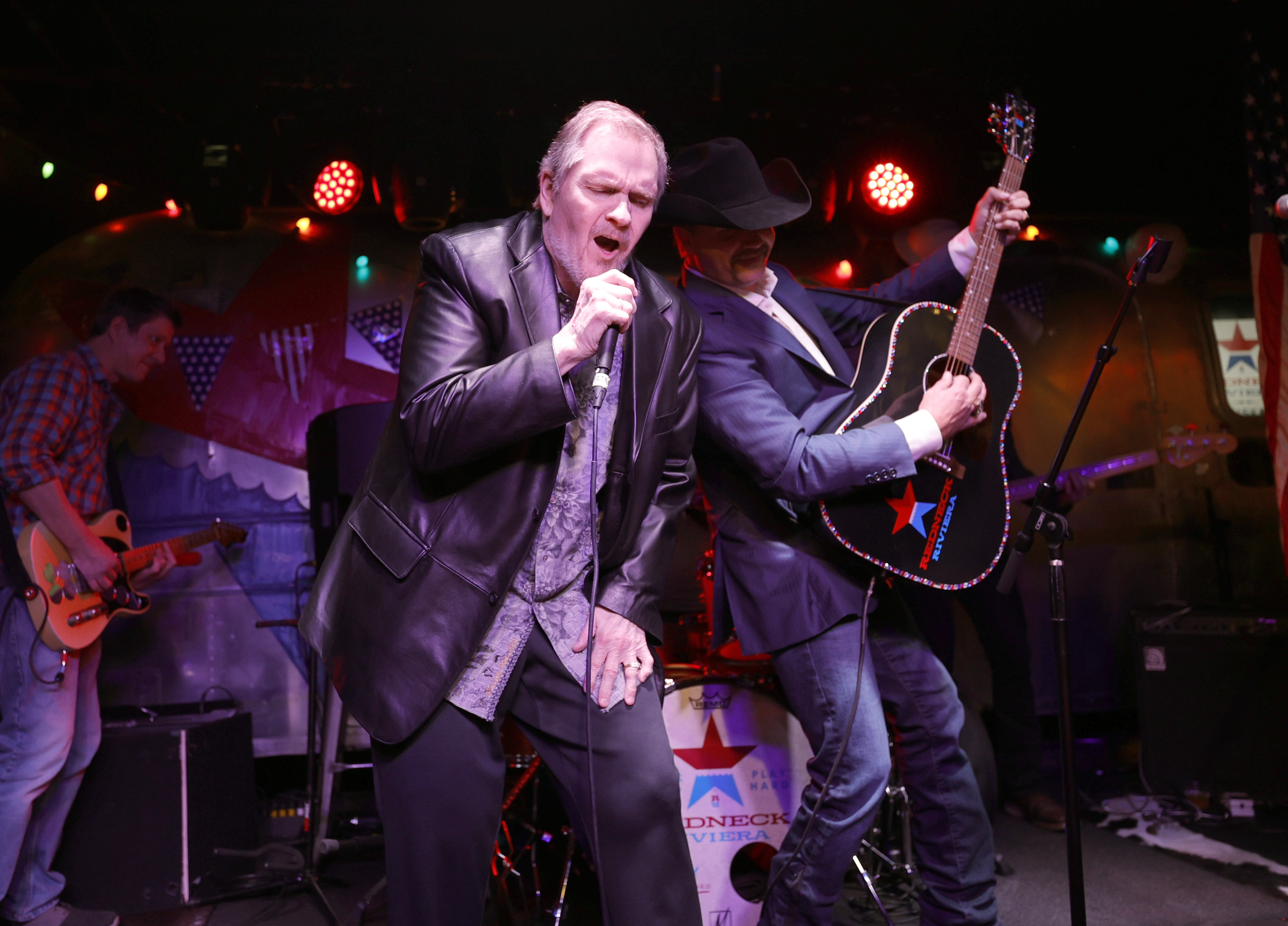 The star sold millions of albums worldwide, with the Bat Out Of Hell trilogy among his most popular musical offerings.

He was honoured with the Hero Award at the annual Q Awards music ceremony in 2016, which he dedicated to everyday heroes and called on people to "bring love back into this world".

The rock veteran had been plagued with health issues and rumours that he’s dying ever since he collapsed onstage in June 2016 and has appeared in a number of interviews with slurred speech, with even Katie Price telling him she thought he had died.

He was forced to deny he'd passed away.

But he did have back surgery nearly two months ago to remove a cyst on his back – and he’s explained for the last time ever, just what the bat out of hell is going on.

“Listen, I am not dying. After three months of therapy I will be fine. I am sick of talking about it. I don’t want to talk about it from now on,” he said.

HOOK OR BY CROOK

Remember the test card girl from TV as a kid? This is what she looks like now

"And anyone else who asks me the question, I’m not going to respond to it.”

In 2012, Meat Loaf claimed dying on stage would be the "best thing" that could happen to him.

"I’ll die for ya," he said in an interview with Tinnitist.

"I literally will die for an audience. The best thing that could ever happen to me is that I die onstage.

"Because then I’m dying doing what I love. I hate to cut us off but I gotta go."

Meat Loaf was last pictured on March 27 last year when he performed with country artist John Rich at Redneck Riviera in Nashville.

In a heartbreaking tribute posted on the star's official Facebook page, it was revealed he passed away on Thursday night with wife Deborah by his side.

The statement reads: "Our hearts are broken to announce that the incomparable Meat Loaf passed away tonight with his wife Deborah by his side.

"Daughters Pearl and Amanda and close friends have been with him throughout the last 24 hours.

"His amazing career spanned 6 decades that saw him sell over 100 Million albums worldwide and star in over 65 movies, including “Fight Club”, “Focus”, “Rocky Horror Picture Show” and “Wayne’s World.”“Bat Out of Hell” remains one of the top 10 selling albums of all time. 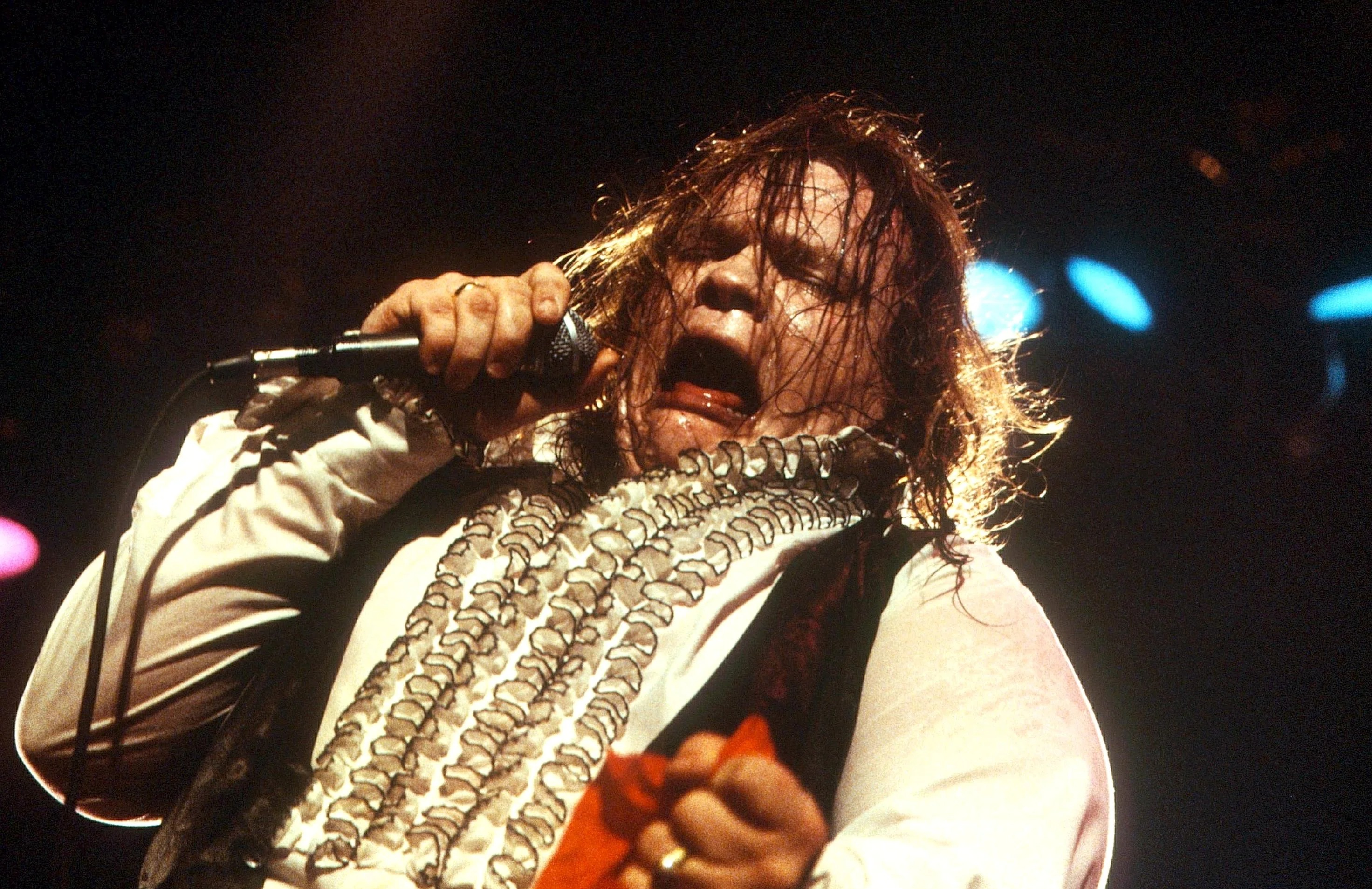 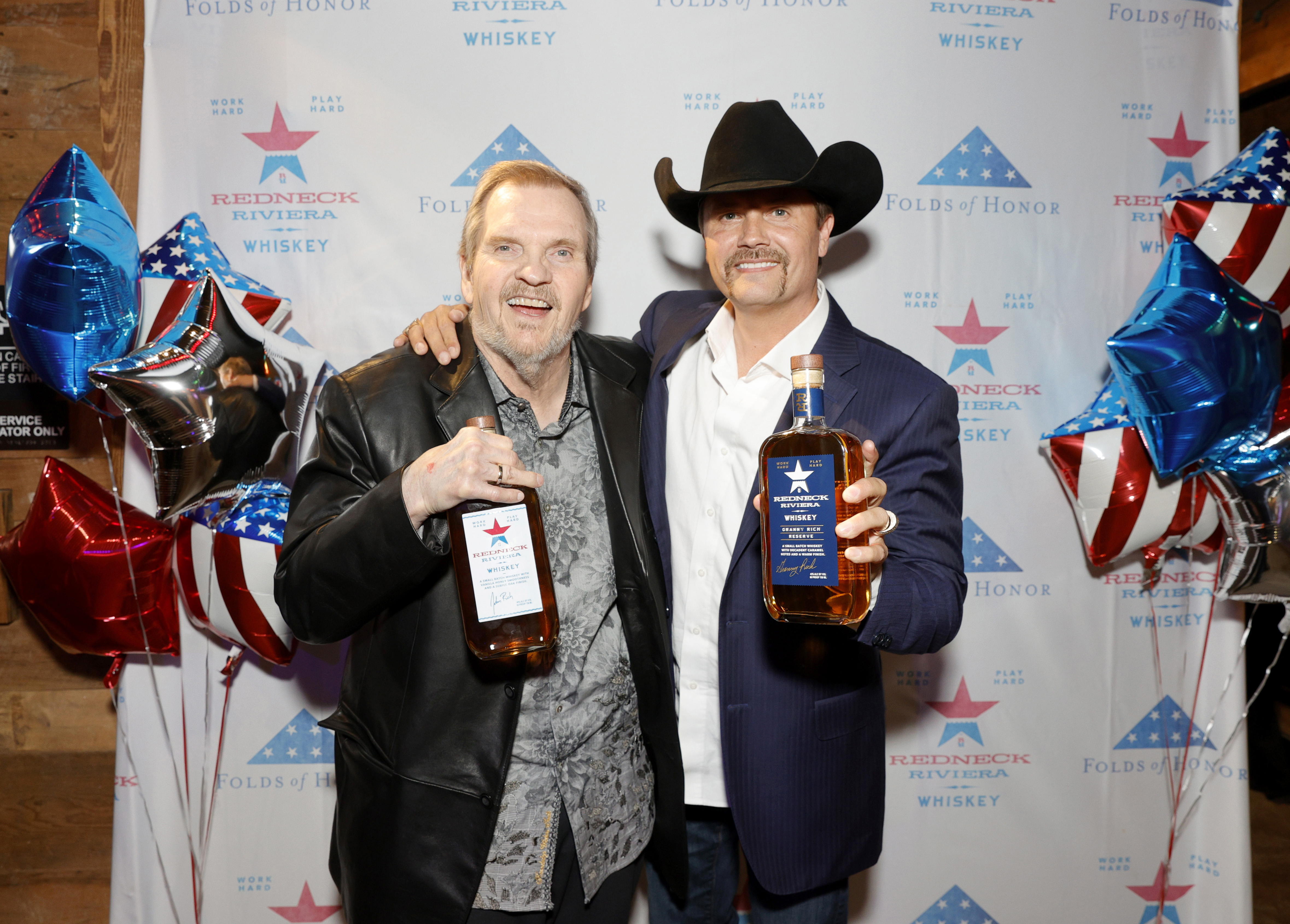 "We know how much he meant to so many of you and we truly appreciate all of the love and support as we move through this time of grief in losing such an inspiring artist and beautiful man.

"We thank you for your understanding of our need for privacy at this time. From his heart to your souls…don’t ever stop rocking!"

Meat Loaf's cause of death has not yet been revealed.

His colourful career saw him not only wow fans with his music, but also with his theatrics as he appeared in more than 50 movies and television shows –  including the 1997 film Spice World.

In 1973, he was cast in the original LA Roxy cast of The Rocky Horror Show, playing the parts of Eddie and Dr. Everett Scott.

The rock star was born Marvin Lee Aday in Dallas, Texas, in 1947, forming his first band Meat Loaf Soul in the 1960s.

Piers Morgan was among those mourning the late rock legend, writing on Twitter: "RIP Meat Loaf, 74.

"One of rock music’s all-time great characters whose seminal iconic album Bat Out Of Hell is one of the biggest-selling records in history.

Actor Stephen Fry tweeted: "I hope paradise is as you remember it from the dashboard light, Meat Loaf.

"Had a fun time performing a sketch with him on Saturday Live way back in the last century." 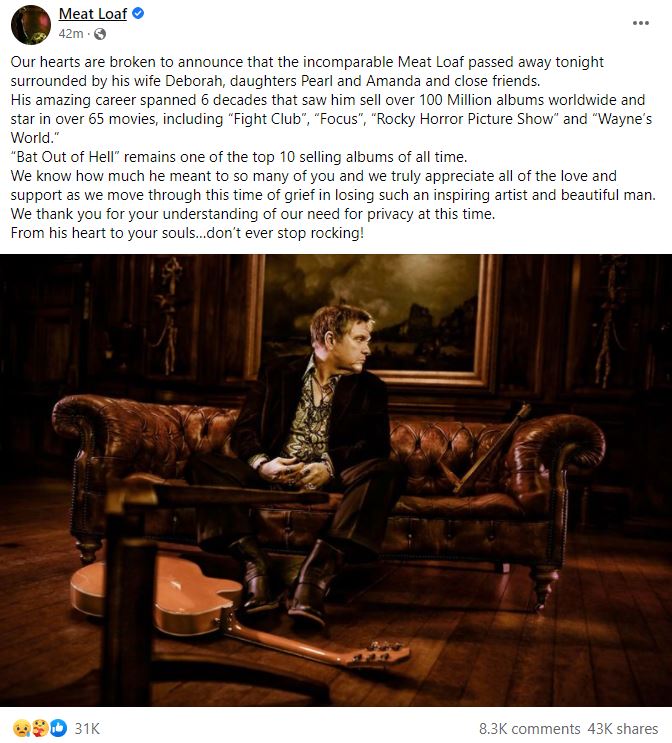 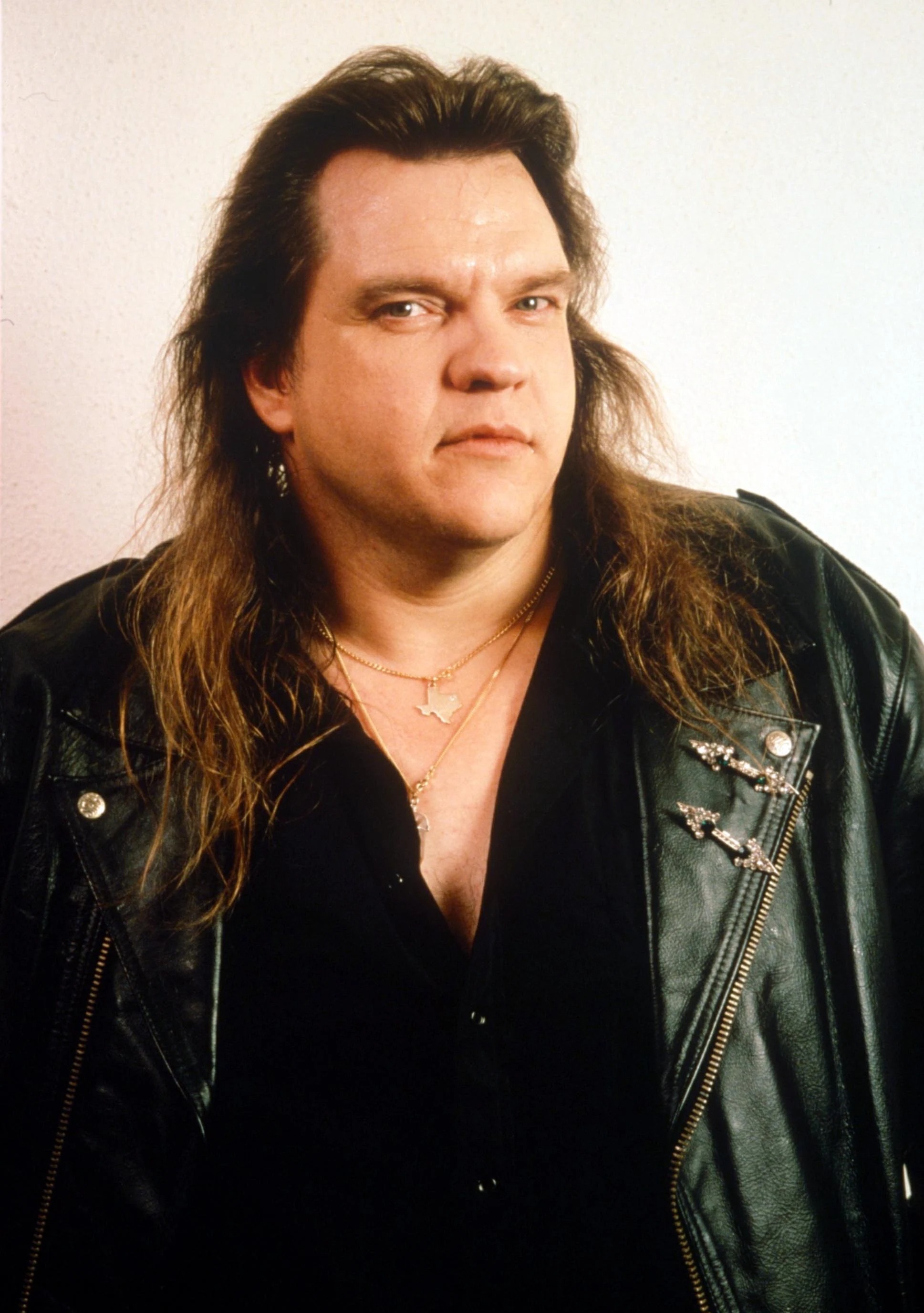 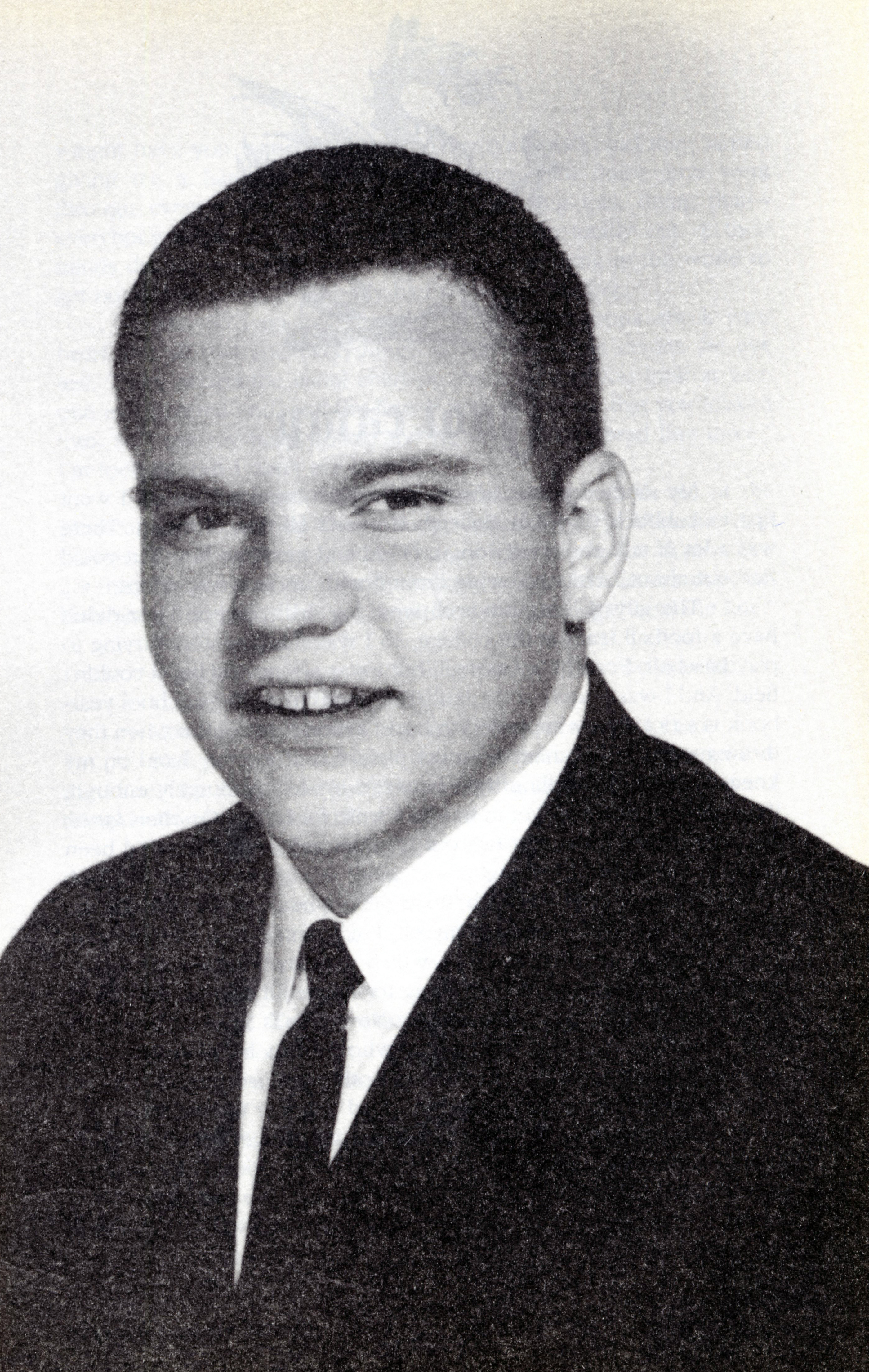