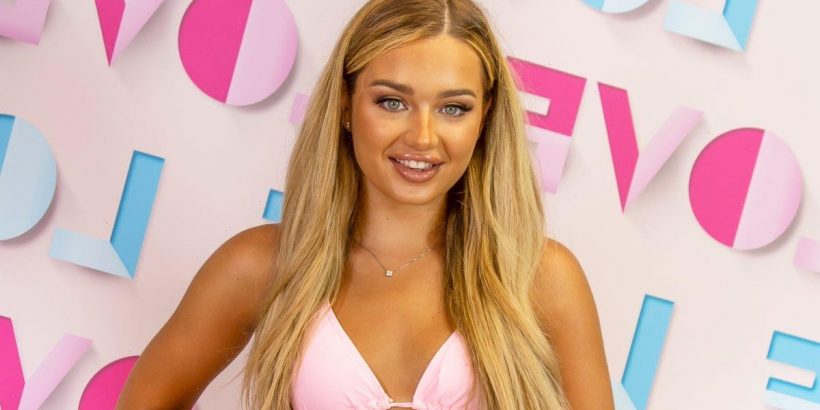 Love Island 2021 is well underway, and two new bombshells are about to shake things up in the villa tonight, Tuesday July 6.

The two blonde bombshells are Millie Court and Lucinda Strafford.

At the end of Monday night's episode, the stunning pair could be seen walking into the villa in bikinis before the trailer for the next show.

The two newbies will be testing how loved-up the couples actually are, as many cracks are already starting to appear.

So, who is Lucinda and why is she taking part in Love Island 2021? Here is everything you need to know.

Who is Lucinda Strafford?

Lucinda Strafford, 21, is an online fashion boutique owner from Brighton where she lives with her mum and one of her brothers.

She used to be a cabin crew member, and is now the owner of The Luxe Range.

She has already racked up an impressive Instagram following before even entering the Love Island villa, with more than 66.3K followers.

Love Island 2021 cast list in full: Who has joined or been dumped from the villa so far?

On her Instagram page you will find plenty of sexy selfies and bikini shots, and her following is likely to surge once she enters the Love Island villa.

Before going into the villa, she told ITV: "I really fancy Brad. And then possibly Liam.

"But obviously I'm open to getting to know any of the other boys."

Speaking of why she wanted to go on Love Island, the blonde beauty said: "I'm a relationship kind of girl. The timing is right and I want to have some fun."

Speaking about the other girls in the villa, Lucinda said: "Liberty’s a similar age to me, so I think I’ll probably get along with her, she seems funny.

"I like Kaz, she seems really bubbly. I can tell Faye can stand up for herself, but I also quite like that about her. So I don’t feel like we’ll rub against each other.

Who is coupled up in the Love Island villa currently?

It remains to be seen what will happen when bombshells Lucinda and Millie enter the villa.

Love Island continues tonight at 9pm on ITV2 and the ITV Hub.