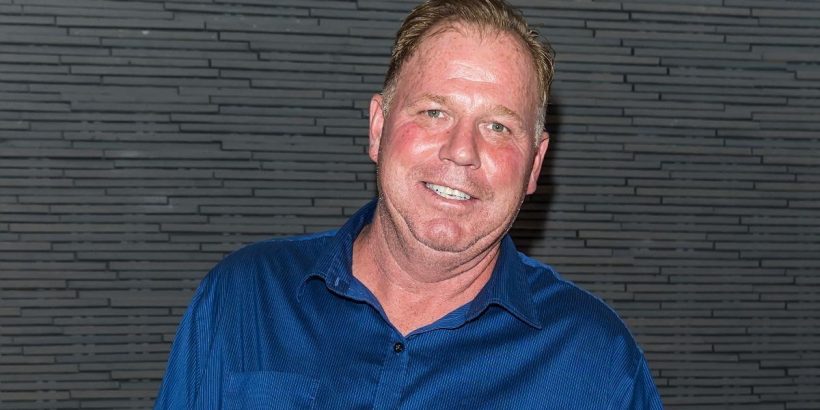 Celebrities are touching down in Australia in preparation for Big Brother VIP, and following the exit of Katie Hopkins after she "joked" about breaking quarantine rules in the hotel, there was one spot open on the cast.

Katie was reportedly heading into the Big Brother VIP house, but shortly after she was sent back to the UK, it was reported by New Idea that Meghan Markle 's brother Thomas Markle JR was spotted at Sydney Airport.

The show is reportedly set to begin filming imminently, but the arrival of Thomas in Sydney is likely to allow him 14 days to quarantine before heading into the house.

Thomas could have been heading into the house beforehand, but his arrival immediately follows Katie's exit.

It also looks like Caitlyn Jenner could be heading into Big Brother VIP following her successful stint in I'm A Celebrity… Get Me Out of Here! in the UK after she was spotted heading to a quarantine hotel.

A Channel Seven spokesperson told Daily Mail Australia: "We are not commenting on speculation about the cast of Big Brother VIP.

"All will be revealed soon and Big Brother is looking forward to meeting the new collection of housemates."

Thomas is the half-brother of Meghan Markle as they share the same dad, though they have been estranged for some time.

In 2019 Thomas told The Sun that he was at "the lowest point" of his life, adding: "And it's all because my life suddenly got catapulted into the spotlight – through no fault of my own."

He said both he and his family had their every move put under the microscope, adding: "Now there's been so much said about me – both true and untrue – no one wants to lease me a house of give me a job."

If Thomas has entered Big Brother VIP, it is believed that he would have received a critical skills visa to allow him entrance to the country.

Speculation of his involvement comes after Katie Hopkins was dropped from the show after she "joked" about disobeying lockdown rules, but later said she has "never broken quarantine".

Katie has since arrived back in the UK after she was deported from Australia and fined £536.