The actress, 31, wrapped up in the Lancashire town of Bacup while shooting for upcoming Sky drama Brassic.

Mark Wright's wife looked in good spirits as she walked along the street with co-stars.

She complimented her dungarees with a thick coat with a fur trimmed hood and a pair of gleaming white trainers.

Michelle finished off her look with a huge pair of hooped earrings.

The star wore her long brunette locks in a centre parting and swept it back into a laid-back ponytail.

It comes days after after Michelle was seen in good spirits riding around Manchester on a bike as she filmed more scenes.

The actress looked a far cry from her usual glamorous self, as she was dressed down in dungarees and green cardi.

Michelle grinned as she rode around on her bicycle wearing a pink helmet. 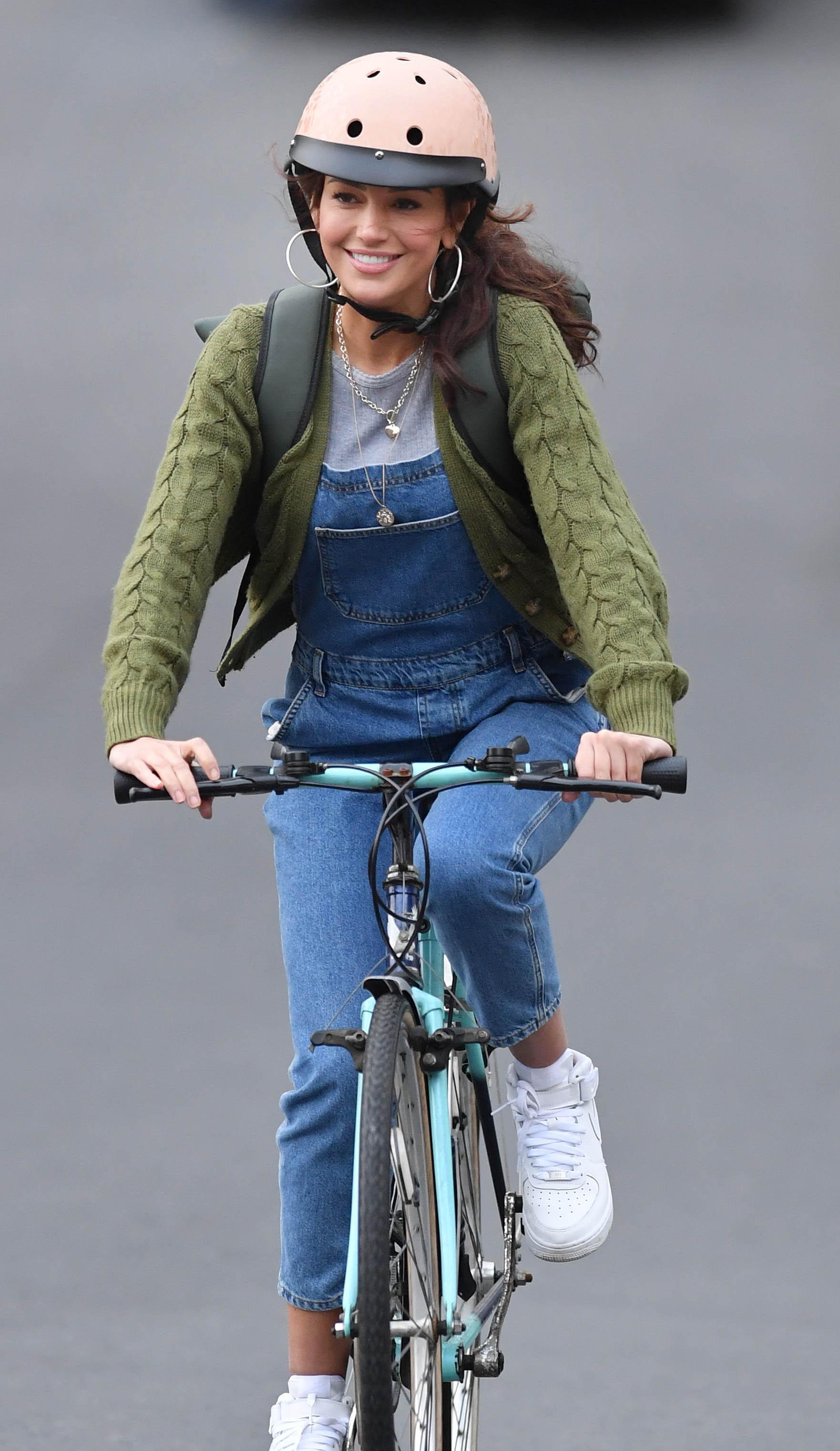 Just yesterday the former Corrie star was seen filming outside a strip club.

It's not known what part the Gentlemen's nightclub – Rat & Cutter – will play in Michelle's new comedy drama.

The six-part Sky One series is due to premiere in 2019 starring co-creator Joe Gilgun, Damien Molony and Tom Hanson.

Described as "edgy" by its writers, the show will focus on a group of working-class friends living in Lancashire.

It was co-created by This Is England star Joe – who also played Rudy in Misfits.

He will play the lead character Vinnie who suffers from bi-polar disorder.

Talking about the upcoming show, Joe said: "I'm truly humbled by the opportunity. We've got an amazing team of creators and watching it all take form has been very moving."