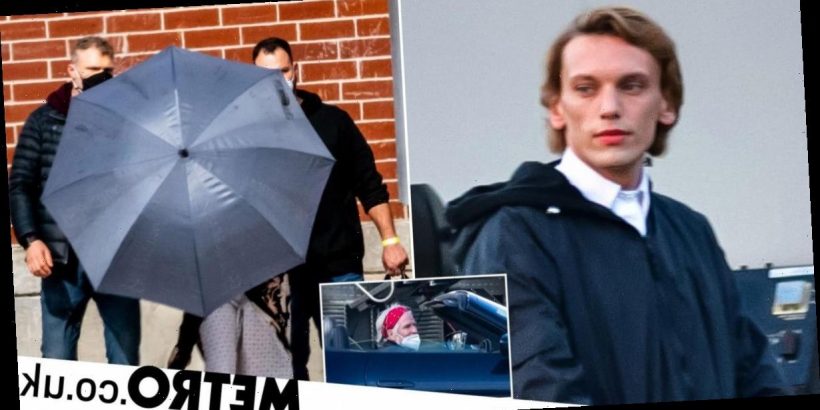 Production on Stranger Things season four is well underway, and Millie Bobby Brown has been spotted hiding under an umbrella on the set of the Netflix show.

The actress stepped out in a hospital gown, back in character as Eleven, as she shot scenes for the upcoming run.

Jamie Campbell Bower and Matthew Modine were also seen on the set in Atlanta, ready to make an impact on the drama.

Jamie is known for playing the young Gellert Grindelwald in Harry Potter and the Deathly Hallows – Part 1. The actor will play Peter Ballard in the upcoming fourth series.

Matthew, meanwhile, is back as Martin Brenner for the first time since the second season in 2017.

The sight of the show’s stars back in action is sure to delight fans, after the coronavirus pandemic stopped filming last March.

Hopper was seemingly killed off at the end of season three, sacrificing himself to help close the rift between our world and the Upside Down.

But a teaser trailer shared by creators The Duffer Brothers, Hopper is now stuck in Kamchatka, Russia, sparking many fan theories about what he has been up to.

He’s one of a host of new names added to the cast, alongside horror icon Robert Englund, who is best known for portraying Freddy Krueger in A Nightmare on Elm Street.

Stranger Things is available to watch on Netflix.