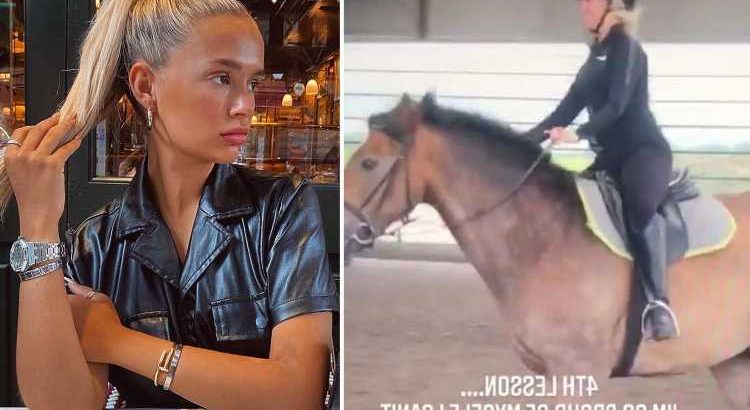 MOLLY-Mae Hague shared a sneak peek at her horseriding lessons after taking up the new hobby.

The 21-year-old Love Island star posted a video of her efforts on Tuesday afternoon, as she sat high in her saddle and cantered the majestic animal around a barn. 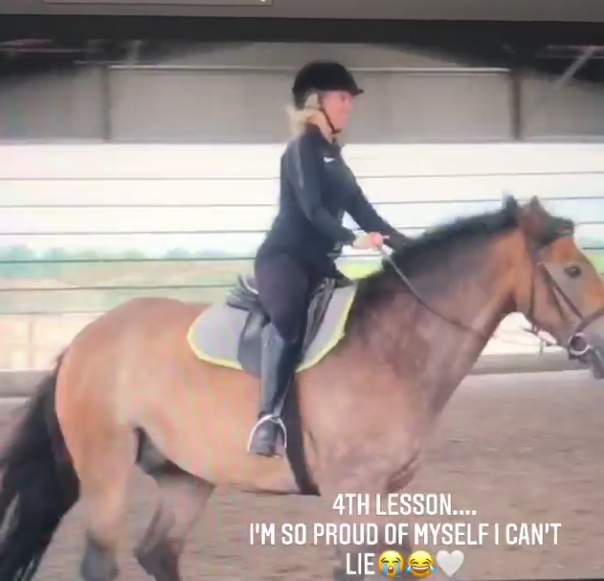 Gripping the reins, Molly-Mae steered her horse whilst kitted out in riding gear.

Her petite frame and blonde hair, which was stuffed beneath her helmet, were visible in the grainy video taken from an edit for her YouTube Vlog.

And though just a beginner, Molly-Mae looked confident on her steed with the pair happily circling the barn. 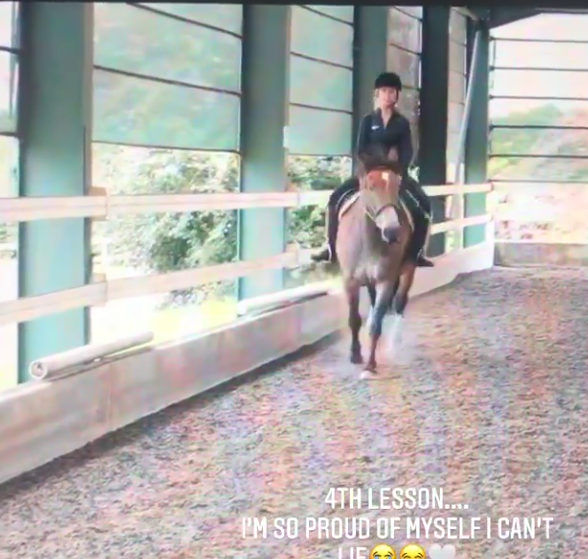 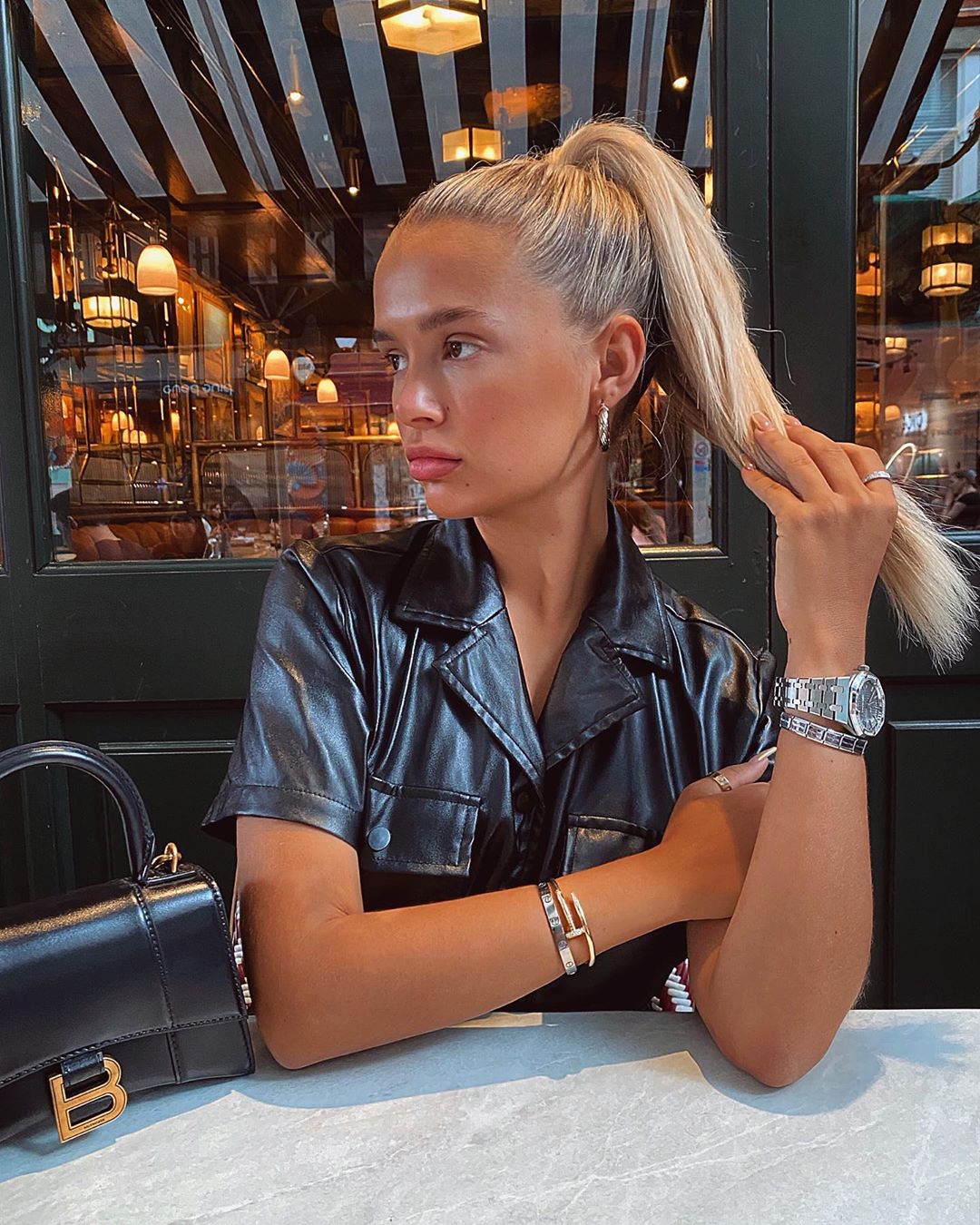 Tommy and Molly went horse-riding on their first official date in Love Island.

At the time Tommy left fans in stitches because he couldn't get his horse to move.

Tommy was having trouble controlling his steed, which completely ignored him after he mounted it.

Viewers were in hysterics when he started tapping it on the shoulder, as Molly-Mae stood on the ground next to him laughing. 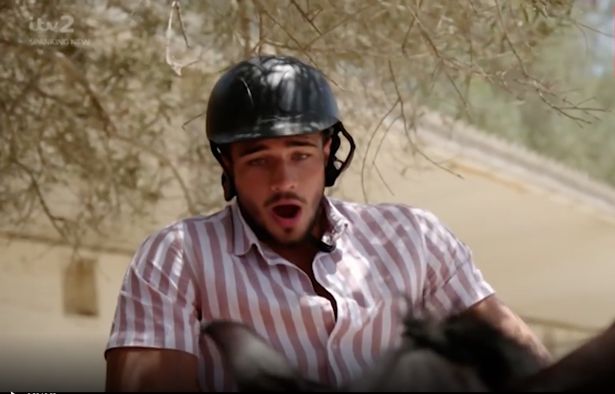 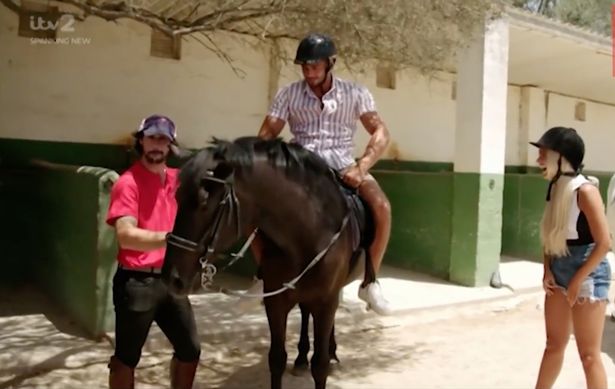 Tommy, who had never ridden a horse, awkwardly mounted his ride and looked extremely uncomfortable.

One fan tweeted: "What the hell is he tapping the horse to make it move! I swear Tommy has me in stitches # loveisland #tommyfury"

Another fan joked: "Tommy Fury trying to get onto a horse is me trying to do anything in life tbb"

Meanwhile, Molly-Mae has been fighting back at trolls who accused her of being "lardy" – by saying paparazzi shots make her look bigger.

The Love Island star wrote on Instagram: "I just had to say this. One last thing.

"For people saying I 'over-edit' my pictures here's the live version.

"You guys have absolutely no idea what these paparazzi cameras do to your body. They make you look triple your size, I've even had paps add detail to my cellulite so they can sell the pictures for more money."