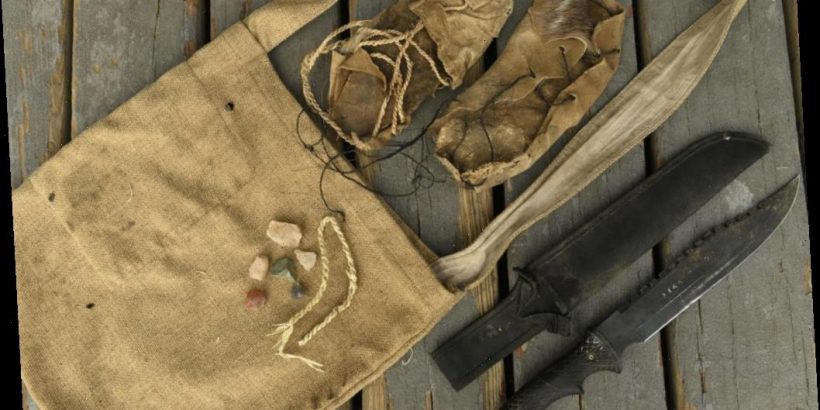 While there are plenty of competition reality shows out there, few are as real and terrifying as Naked and Afraid. The show features two survivalists per episode — one man and one woman — as they combat the elements and do their best to survive for 21 days. So, do contestants get paid to appear on the Discovery show?

What is ‘Naked and Afraid’ about?

Naked and Afraid is the perfect adventure for those who really want to test their survival skills. The episodes chronicle the adventures of each new pair as they embark on 21 days in the wild together. Discovery GO also notes the man and women who are surviving with each other don’t know each other prior to the show. And the environments they’re exposed to are quite extreme.

“They’ll suffer the world’s most hostile climates and encountering new and deadly animals including large cats, bears and some of the world’s most deadly reptiles,” the website notes. “They will need to surmount physical challenges to create shelter, forage for food, and find water.”

A contestant from the show talked to Outside regarding just how difficult it really was. She noted her experience facing off with huge snakes in the wild and trying to figure out what foods were safe to eat. Ultimately, she tapped out prior to 21 days in the wilderness. She also noted she had a wound on her cheek that possibly began as a spider bite and “had become necrotic” during her final days.

Do ‘Naked and Afraid’ participants get paid?

Do participants on Naked and Afraid received compensation for what they’re put through on the show? According to TV Overmind, they do. The publication notes contestants can make up to $5,000 for their time spent on the show. For 21 days in the wild, they might make more staying at home, though.

It’s not easy to get on the show, either. The publication adds none of the contestants can have any preexisting medical conditions, as the wilderness may prove too dangerous for them. They also have to be U.S. citizens and above the age of 18 to participate.

“Every season the number of people applying increases,” Kristi Russell, the president of Metal Flowers Media, told Channel Guide Magazine. “Unfortunately, the number of people who actually are qualified enough to get on the show remains the same, and that is a scant number of submissions.”

So, is Naked and Afraid back in 2021? It seems season 13 is finally here. Discovery notes the new season premiere for the show aired on March 7, 2021, at 8 p.m. EST via the Discovery Channel, and it’s also streaming on Discovery+.

It looks like this season is already creating immense challenges for its participants, too. Meghann, a contestant on the current season, went home after dealing with biting insects that didn’t have any respect for her privacy, Yahoo notes.

“The feeling of them crawling into my private parts and areas of my body that I don’t want them in is just a little too much for me,” she said. After nearly four days in the wild, Meghann called it quits.

We’re looking forward to seeing more of what’s in store on the show in 2021!