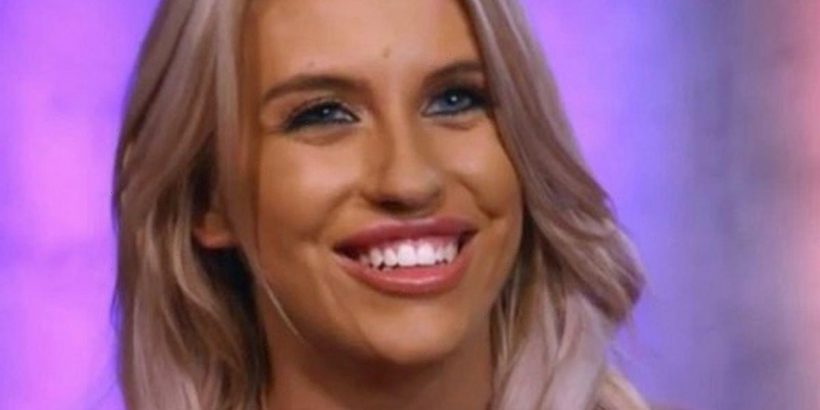 Appearing on Naked Attraction inspired a career move for one contestant, motivating her to begin working in the adult industry.

Former contestant Melissa Edden had an office job when she took part in the Channel 4 series two years ago, but the production gave her the confidence to make a career move.

During a candid interview with Metro.co.uk, Melissa opened up about her time on the show – and the change it has since inspired in her life.

‘I'm in the adult industry now," she told the publication.

"Ever since I went on the show – about two and a half years now – things have changed massively.

"I was in a normal office job at the time, and I started thinking ‘If I can go on national TV naked…'."

Melissa admitted it had been awkward at first when her episode aired and she realised some of her fellow colleagues had tuned in.

Thankfully, the reality star managed to see the funny side of things and pushed any discomfort to the side.

She said: "It was extremely awkward.

"Everyone was silent when I walked in the office the day after it aired. ‘I just had to laugh it off. I don't know how I did it."

Naked Attraction, hosted by Anna Richardson, has been airing since 2017 on Channel 4, with seven series to date.

The show sees one contestant face a room full of strangers who are completely nude behind several colourful panels.

Their bodies are slowly exposed as the episode goes on, with the singleton picking their ideal date based on their nude physique.

At the end of the episode, each singleton takes their kit off too, leaving them on an even keel with each of the hopefuls.

Presenter Anna previously addressed the behind-the-scenes drama on the show, noting the differences between male and female contestants.

Speaking on the Andy Jaye podcast earlier this year, she said "There's always a kind of fight between the boys and girls over the temperature controls in the studio.

"The boys always want the studio to be warm and they're always doing that crafty tug behind the pods because they want their manhood to look at its very best."

Anna added: "They're always fiddling and touching so all the girls are always having to go – 'look, boy in the red pod, just leave it alone!'

'Whereas the girls want the studio to be freezing because of course they want their boobs to look their very best."