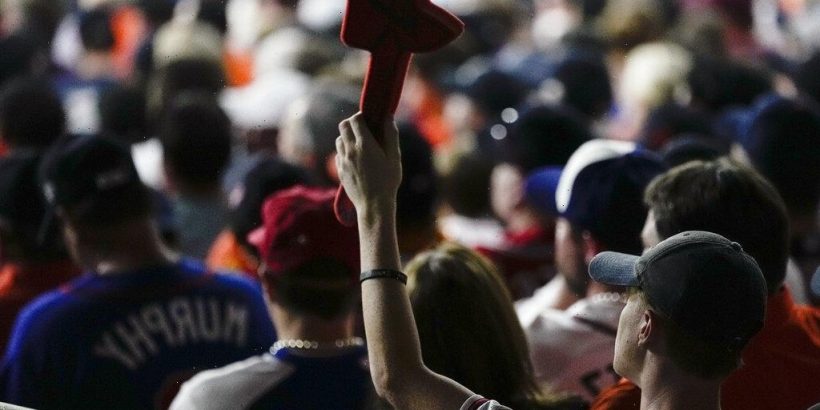 Manfred sad Tuesday that Native Americans in the Atlanta region are “fully supportive of the Braves’ program, including the chop. For me, that’s kind of the end of the story,’’ he said. The Atlanta Braves and Houston Astros are squaring off in the World Series, bringing national attention to the Braves fans, who have embraced the Native American imagery of their team.

Today, the National Congress of American Indians countered that statement, saying, “Nothing can be further from the truth.”

NCAI president Fawn Sharp said the Braves’ name, logo and the chop “are meant to depict and caricature not just one tribal community, but all Native people, and that is certainly how baseball fans and Native people everywhere interpret them.”

Native American names on sports teams is a longstanding issue Some teams have done away with caricatures and stopped fans from wearing Native American dress to games. In Major League Baseball, the Cleveland Indians are changing their name.

The Braves have so far resisted calls for change. They point to a partnership with the Eastern Band of Cherokee Indians. But other Native American tribes and groups have not been so accommodating.

Today’s tweet by the NCAI said that the group has “repeatedly and unequivocally made our position clear” that Native American mascots and rituals such as the chop “have no place in American society.”