Deeks (played by Eric Christian Olsen) has had a rather torrid time of things so far in NCIS: LA season 12. Not only has he and wife Kensi Blye (Daniela Ruah) faced the difficulties of trying to settle down and buy their home, but he’s also faced uncertainty over his future in the team considering he’s not technically a special agent but rather a liaison officer for the LAPD. And now, it looks like his worst fears are going come to fruition as a first-look preview from CBS shows Sam Hanna (LL Cool J) and G Callen (Chris O’Donnell) telling him to “hand in his comms”.

The moment in question comes from the second part of Sunday’s doubleheader in episode five titled ‘Raising the Dead’.

In the NCIS: LA instalment, it looks like Kensi could land herself in danger when she pays a visit to a criminal she once placed behind bars, David Kessler (Frank Military).

Naturally, Deeks is keen to be by her side as she plans to visit the criminal – but he’s soon shut down by the rest of the team.

Upon hearing Kensi’s planning to go meet Kessler after the criminal insists she’s the only agent he’ll speak too about an ongoing case, Deeks asks her: “Wait a minute, 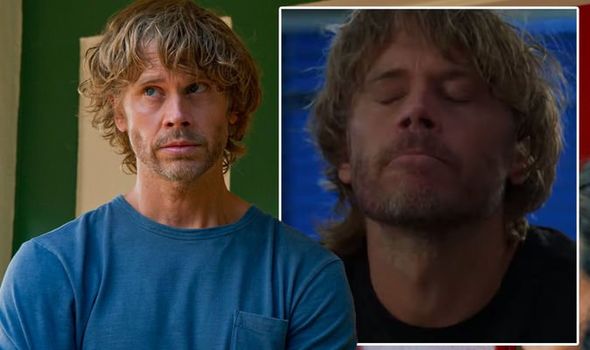 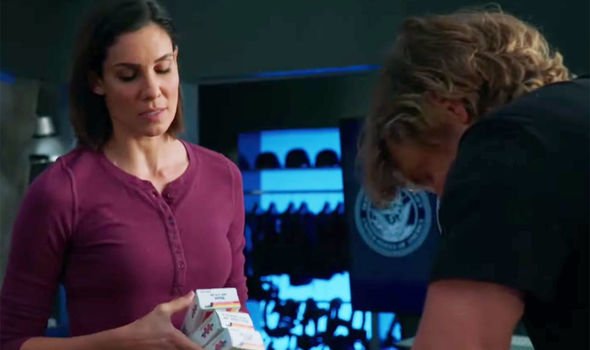 “Isn’t this the guy who used to send you those creepy Valentine’s every year to the DC office?”

“Yep, I had them stop forwarding them to me years ago,” Kensi tells her other half who’s clearly not happy with the plan.

Moments later, Sam and G Callen chime in via telephone to go over Kensi’s plan and Kessler’s demands.

“Okay, so I arrested Kessler and helped prosecute him right before he joined the Office of Special Projects,” she informs the team. 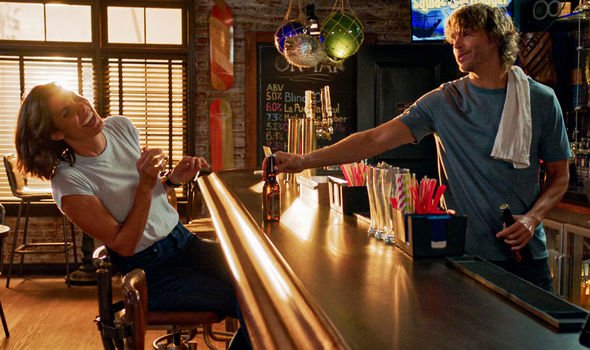 Callen then tells Kensi it was this case which landed her her job within the team – although it’s little consolation to Deeks.

“Wasn’t he dealing weapons in Argentina and Iraq?” Sam asks as Kensi adds: “Yes he was, he was also involved in human trafficking of minors.”

“Great,” Deeks sarcastically weighs in. “So he’s super creepy and a scumbag.”

However, Callen quickly replies and seemingly tells Deeks he no longer has a place in the team. 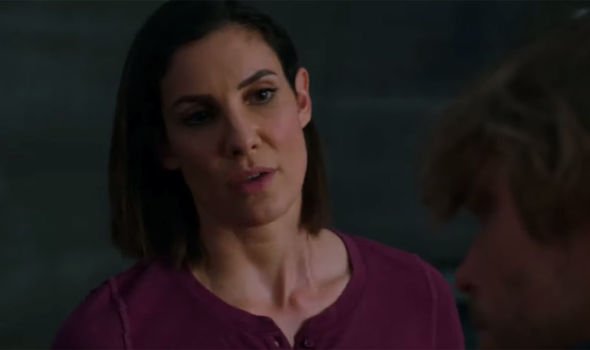 “Deeks,” Callen interjects. “You’ve got to hand in your comms,” he adds before Sam jokes: “Before I pull them out of your ears with pliers, alright?”

A dejected Deeks quickly shuts up as Sam assures him: “Just stand down until we have your situation straightened out.”

Callen and Sam assure Deeks that Hetty (Linda Hunt) will see to his situation but for now, it looks like he’s no longer part of the team.

But he doesn’t take the news lying down, desperate to make sure no harm comes to Kensi.

“Guys, I should go with her,” he protests as Kensi insists she’s heading to Arizona.

“He obviously wanted to kill her,” Deeks says before Kensi, Sam and Callen all snap: “Deeks!”

“Not gonna happen,” Callen tells him – but will the decision leave Kensi in danger.

And with Deeks being taken off the team, will he ever be able to return?