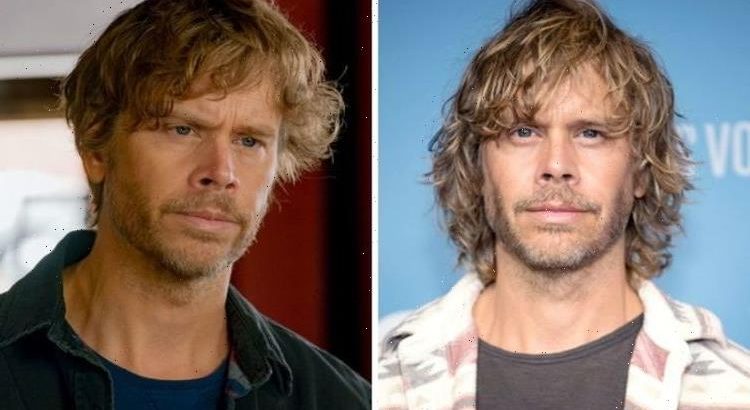 The star’s latest Instagram story has also revealed filming for the new outing of NCIS: Los Angeles will be starting up this week.

Posting a picture of himself in his NCIS uniform, he wrote: “Three days until I strap this vest on again.”

Olsen then added ‘Let’s get it’, tagging the accounts for CBS and CBS Studios.

His new post arrived shortly after the network unveiled the premiere dates for some of its most popular returning series.

Amongst a list of other CBS heavy-hitters, NCIS LA is confirmed to be hitting screens again on Sunday, October 10.

Sunday evening’s entertainment will kick off at 8pm with the return of The Equalizer, followed by the 10pm premiere of the first four episodes of SEAL Team season five.

After that, the military drama will be switching over to its new home on the streaming service Paramount+.

The upcoming instalment of NCIS LA will pick up shortly after the surprising exits of Eric Beale (Barret Foa) and Nell Jones (Renée Felice Smith).

Plus, Marty Deeks has finally joined his wife Kensi Blye (Daniela Ruah) in the field after transitioning from LAPD Liaison Officer to NCIS Special Agent.

Despite the cancellation of fellow spin-off series NCIS: New Orleans, the world of NCIS will continue to expand after the summer.

Ahead of LA’s October premiere, both the NCIS mothership series and its brand new offshoot, NCIS: HAWAI’I, will be starting on Monday, September 20.

CBS’s latest updates have confirmed a new time slot for the popular series, which previously aired on Sunday nights.

The move will be the series’ first ever time slot change since beginning back in 2003, and will mark the occasion with an exciting double bill to usher in the new spin-off.

Following the release of The CW’s upcoming schedule, CBS became the second network to confirm exact premiere dates for this year’s new and returning series.

The return of NCIS: Los Angeles will also be preceded by the start of the US remake of the popular BBC sitcom, Ghosts.

Meanwhile, Friday, October 22, will kick off the first series of CBS’s new competition series, The Activist.

As well as its trifecta of NCIS shows, popular sitcom-prequel Young Sheldon will be returning for its fifth season, plus S.W.A.T, Magnum P.I. and Blue Bloods will be starting up again in October.