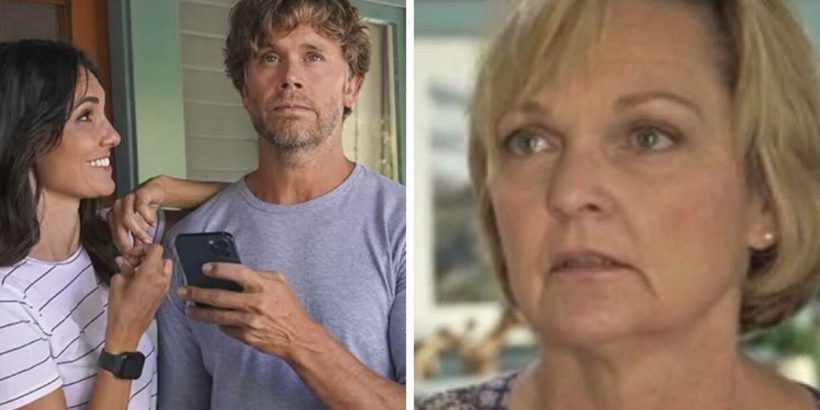 NCIS LA returned to screens last month with the highly anticipated season 14 and fans welcomed the return of Roberta Deeks (played by Pamela Reed). Although she arrived to meet her new granddaughter, actress Daniela Ruah revealed there was a deeper meaning behind her return.

After coming into trouble while seeking asylum in the US, Kensi and Deeks agreed to take her in and foster the 16-year-old.

This was a dream come true for the couple as they had faced difficulty conceiving and longed to become parents.

Although they had initially planned to adopt a baby, they were overjoyed to welcome Rosa into their home.

The season 14 premiere saw the return of Deek’s mother, Pamela who arrived to meet Rosa and provide a helping hand.

After making her first appearance in season seven, she quickly became a fan-favourite for her playful sarcasm and close bond with Deeks.

With Roberta now living down the street from them, Kensi star Daniela unveiled the hidden meaning of her return.

She shared: “Both Kensi and Dani are going to learn things from Mama Deeks.

“It’s funny, the scene where I’m like, ‘I feel like I’m always missing something,’ that doesn’t happen to me personally as much as my kids are much younger.

“I think when they become teenagers, they maybe open up to their friends, not always with you as much as you’d want them to, hopefully, my kids will.

“But you do feel like you’re missing out on a little something here and there. And when she’s like, being a parent is like being pecked by something.”

She continued: “And I’m like, I thought that was gonna be a more positive piece of advice and she goes, ‘What are you talking about? It’s a slow death.’

“As horrible as that sounds, she means you have time, enjoy the time you have with your kid because it’s not short.”

“Enjoy every day, enjoy every moment, learn from it and move on. She just decides to describe it as a slow death,” Daniela told TV Insider.

The actress also praised Pamela for her portrayal and stated: “Pamela’s wonderful. I wish I could put in every single take that she does.”

It was revealed he didn’t have a good relationship with his father Gordon John Brandel because he was abusive and an alcoholic.

Deeks revealed, when he was 11 years old his father got drunk and pointed a shotgun at him and his mother.

As a youngster, Deeks was able to grab another gun and shot his dad in self-defence.

Although, everyone survived it was made clear the moment had more of a phycological impact on the investigator.

NCIS LA season 14 continues Sundays on CBS in the US. A UK release date has yet to be announced.