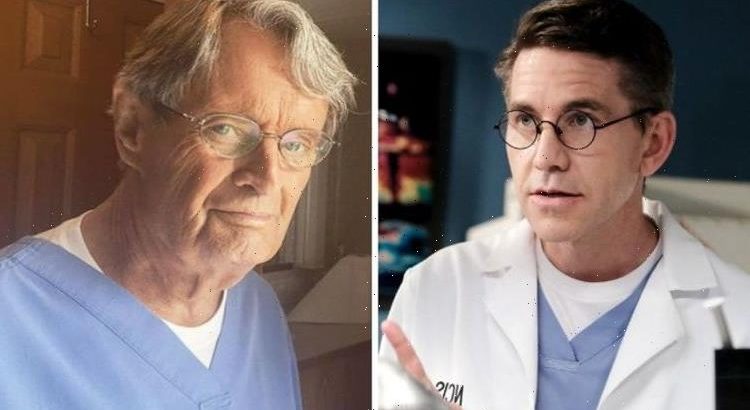 The countdown to the highly anticipated 19th season of NCIS is well underway with just over two weeks to go before fans find out what’s next for Leroy Gibbs (played by Mark Harmon) and the team. Following last season’s devastating cliffhangers, the long-running star has assured fans on Instagram there’ll still be some familiar faces returning to the CBS drama.

Brian Dietzen has confirmed David McCallum will be reprising his role as Dr. Donald ‘Ducky’ Mallard in the upcoming season of NCIS.

The series will return later this month and will feature several staple cast members, including Wilmer Valderrama as Agent Nick Torres and Sean Murrary as Agent Tim McGee.

However, series lead Mark Harmon will be taking on a reduced role as the ex-team leader Leroy Gibbs, while Agent Ellie Bishop (Emily Wickersham) said goodbye to the series for good last May.

After several shake-ups to the show’s main cast, viewers may have been concerned about the status of long-standing regulars Brian Dietzen and David McCallum going forward.

Both actors both appeared in scrubs in Dietzen’s update, presumably in costume as Dr. Jimmy Palmer and Dr. ‘Ducky’ Mallard, respectively.

He captioned the post: “The doctors will see you now.”

Dietzen’s tease for the new season suggests both doctors will be performing some form of surgery at some point in the series.

Ducky’s potential return to the operating table is certainly a surprise considering he stepped down from his position as chief medical examiner to become the team’s resident historian in season 16.

McCallum only made a few actual appearances in the last season, so it was speculated he could be joining Mark Harmon in taking on a reduced role as the series continues.

His appearance in his co-stars’ new social media update, however, suggests he could be playing an integral role in the next season from the very first episode.

“So happy and honored to be able to share more scenes with this man,” Dietzen continued.

“We’ve been a part of so many great stories over the past 18 seasons, and we’re looking forward to exciting new adventures as well.”

He then added: “Join us on Monday, September 20th won’t you?”

His final sign-off seems to confirm both Dr. Jimmy and Dr. Mallard will be playing a part in the season 19 premiere, hitting screens on Monday, September 20.

Their involvement would certainly make sense following the disappearance of their close friend Gibbs after his boat was rigged to explode at the end of the last outing.

Fans naturally went wild in the comments upon seeing confirmation of Ducky’s return.

And another wrote: “Ducky and Jimmy scene? Okay I’m convinced.”

“It’s good to see you two together again, I have missed Ducky,” a third viewer replied.

With Gibbs potentially stepping down and newcomers Gary Cole and Katrina Law taking his place, hopefully this bold new direction for the flagship CBS drama can live up to the hype.