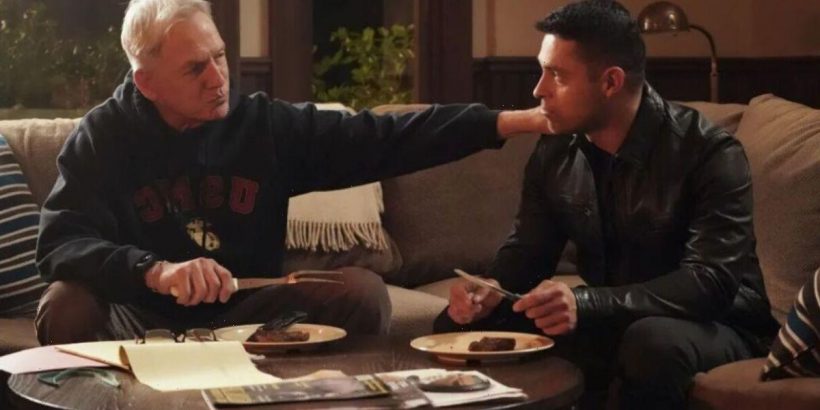 NCIS: Wilmer Valderrama shares behind the scenes look at filming

As NCIS is currently on hiatus, fans are eager for the show’s return after actor Wilmer Valderrama shared a sneak peek look at the show’s location.

He took to his Instagram stories with a video which gave fans a glimpse into an upcoming episode which will take place at a barn.

The clip quickly panned across the location as the crew prepared their equipment to film the episode.

Although none of the stars appeared in the video, fans will recall the barn from the season 18 finale and the season 19 premiere.

Season 18 came to a cliffhanger ending after the team went undercover to visit Gibbs’ newly built boat when there was a sudden explosion.

However, the suspended team leader survived the blast as he could be seen swimming away in the final moments of the episode.

During the season 19 premiere, Gibbs made it to the shore but after noticing he had been impaled he stumbled back into the lake, where he lost consciousness.

When he eventually came to, Gibbs found himself patched up and locked inside a strange barn.

If this is the same barn Wilmer posted on his Instagram stories, this could suggest Gibbs and Torres could soon reunite.

As the barn was the last place Gibbs was seen to be hiding out, perhaps the two agreed to meet there for a conversation.

When he discovered his boss and father figure Gibbs decided to stay in Alaska, Torres admitted he felt abandoned as his love interest Agent Eleanor Bishop (Emily Wickersham) had also left the team.

Torres told his colleague and friend Timothy McGee (Sean Murray): “Who’s left to care? Until you don’t, you already have a family. You don’t need me.”

Torres and Gibbs shared a touching bond which was seen in season 18 after the show took a personal turn.

The agent reunited with his biological father Miguel (Steven Bauer) who walked out of his life when he was a child.

Although Miguel claimed he left the family to keep them safe, it wasn’t until his father took bullets to his bulletproof vest, did Torres agree to give their relationship another go.

However, when the agent got to his father’s hotel room, Torres was stunned to see Miguel had cleared out of his room.

Filled with disappointment, Torres visited Gibbs and the two shared steak and conversation.

With Gibbs’ departure, the agent even spoke to therapist Dr Grace Confalone (Laura San Giacomo) who told him: “Sometimes people leave. Even fathers. And it’s got nothing to do with you.”

Although Gibbs’ return is yet to be confirmed, fans will have to stay tuned to see if the two will reunite this season.

NCIS season 20 returns to CBS on Monday, November 14. A UK release date has yet to be announced.