Neighbours has revealed that Gary Canning and Amy Williams will become a couple next week – much to the horror of Paul Robinson.

Gary declares his love for Amy in this Friday’s episode (October 12), overwhelmed and grateful when she generously gives him $100,000 to pay back Jeremy Sluggett with.

Amy (Zoe Cramond) isn’t sure what to think after Gary’s confession, especially as she’s currently in a relationship with Dr Rob Carson.

However, when Amy tells Dr Rob that she can’t purchase a house with him because she’s given so much money away to her friend, he reacts very badly and verbally attacks Gary (Damien Richardson) in an angry rant. 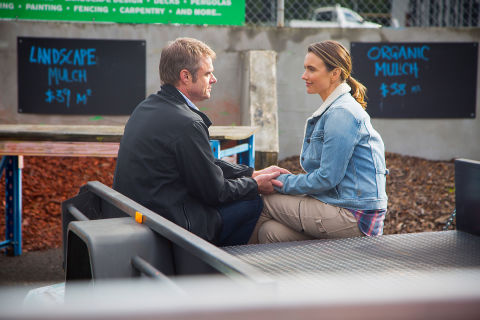 This nasty incident confirms to Amy that Dr Rob simply isn’t the right guy for her, so she decides to end things with him. However, she also needs some time to consider her feelings for Gary before making any more big decisions.

Later in the week, Amy finally puts Gary out of his misery and lets him know that she can see a future with him.

The pair decide to start dating and Gary can hardly believe his luck after weeks of harbouring secret feelings for Amy. 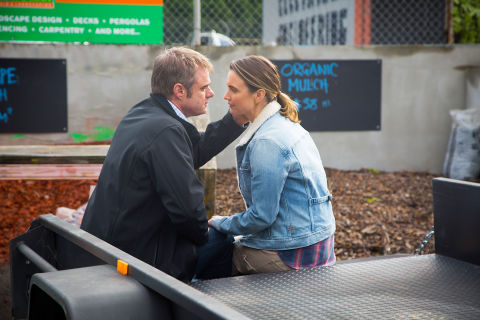 When Amy’s dad Paul spots them in a tender embrace, he’s furious to learn that his daughter is now dating his nemesis.

Paul deals with his frustration by rolling Gary’s food cart into the lake, but his petty behaviour backfires when Amy simply laughs at his over-the-top reaction. Will Paul just have to learn to live with this new relationship? 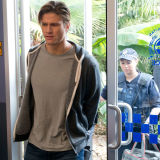