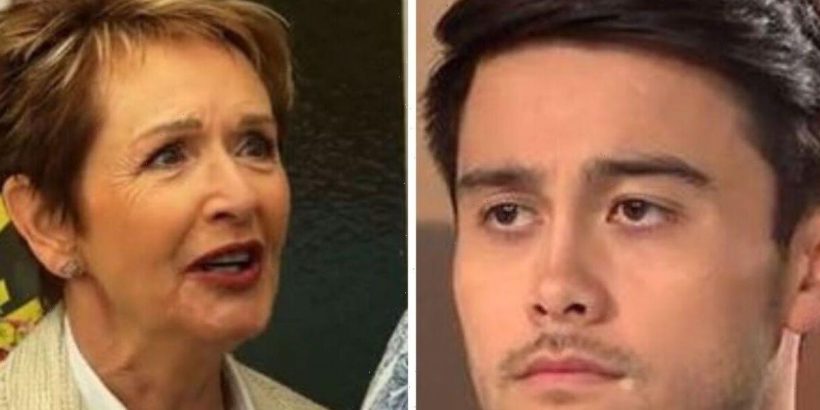 On Thursday, a shock announcement was made that the Australian soap would be starting again next year after being picked up by Amazon Freevie. Fans couldn’t believe their ears after making peace with the fact the soap had officially come to an end earlier this year. However, some of the cast members were also taken by surprise, with some snubbed by the reboot news.

It’s been reported only four actors were told about the soap’s save.

The others found out at the same time as the rest of the world when a clip featuring a few of the characters announcing the surprise update was posted.

David Tanaka star Takaya Honda has now confessed nobody else was aware of the revival.

Taking to Twitter, he wrote: “Just FYI the cast is finding this out right now. Give us time to process. We don’t know anything.”

Meanwhile, Matty Wilson, who stared as Aaron Brennan, revealed on Instagram: “Did not see this coming”.

Many fans responded to the duo to express their own shock and curiosity about the big news.

Replying to David, Twitter user @Sleepless121 wrote: “This was not what I expected to hear tonight.

“I can’t even imagine how cast and crew are absorbing it! Take your time, we don’t expect anything from you guys right now. It’s great news for the local industry though.”

sarahxlouise92 asked: “Wait, everyone else is finding out right now? You mean the legacy cast are the only ones that knew? This announcement does seem premature. What if they can’t get everyone back cause of other commitments???” (sic)

@LauJane_ penned: “I’m sorry to hear you’ve all only found out with the rest of us. I really hope that it works out for you all!”

“So many emotions you guys must be feeling. As much as this is very exciting for us fans, I do wish that you guys would have known before it was announced. Hope whatever the decision is related to any of this, everyone will be nice and respectful,” @eeeniimsajxx remarked.

@mrh71 added: “Imagine being killed off to find out everyone was coming back. Can we get a Hendrix Dallas style dream sequence where he actually made it?”

@ambswords stated: “Oh! Wow, that must be a lot to process. We didn’t realise. I really do hope David and his lovely little family will be back.”

It hasn’t yet been announced which of the characters will be making a return.

Express.co.uk contacted a representative of Amazon Studios for comment.

Production is set to commence in early 2023 with a world premiere slated for the second half of the year.

Head of AVOD original content and programming, Amazon Studios, Lauren Anderson said: “Neighbours has captivated its audience for nearly 40 years, building a dedicated and loyal following for the lives and stories of the characters on Ramsay Street.

“With the power of streaming, we’re able to offer a catalogue of thousands of Neighbours episodes for new audiences to discover this legendary series and current fans to relive their favourite moments.

“We look forward to immersing the audience in new Ramsay Street experiences when we relaunch the show next year for Amazon Freevee and Prime Video customers.”

Neighbours is set to start production soon and air in 2023.