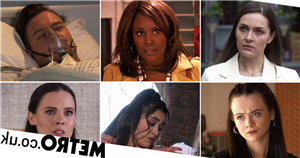 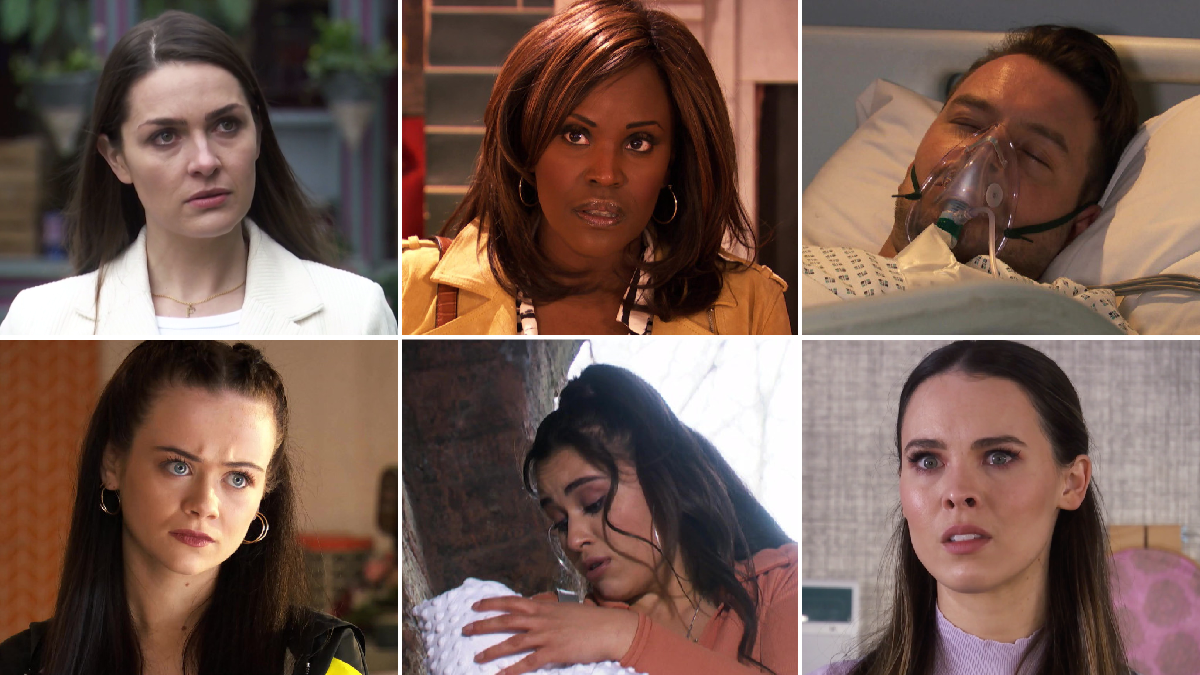 Hollyoaks is set to ignite our screens this summer, with murder, passion and kidnap aplenty.

The long-running soap has been on fire as of late, but things are only going to get hotter as we enter the summer – and the residents of the eponymous village simply won’t know what’s hit them!

Yes, if you thought thing were going to slow down following George Kiss’ (Callum Kerr) murderer having been revealed, you’d be mistaken!

The Channel 4 soap has dropped a brand new trailer previewing what’s ahead, and its positively dripping with shock twists, death and sex.

Diane Hutchinson (Alex Fletcher) has been struggling with her mental health since discovering that she was pregnant, and new scenes in the trailer show Verity (Eva O’Hara) becoming incredibly concerned about her.

She relays her discovery to Tony (Nick Pickard), but will he be able to convince Diane to get the help she needs?

That remains to be seen, but Diane soon gives birth, as she and Tony welcome their little bundle of joy into the world.

Mercedes McQueen (Jennifer Metcalfe) wants nothing more than a baby, and manipulative Cher (Bethannie Hare) – who has been gaslighting her for months – seemingly tricks her into thinking she’s pregnant.

However, she doesn’t stop there, as she kidnaps Diane’s baby, and frames Mercedes for the crime!

Darren dies in tragedy as he chooses between Mandy and Nancy?

He ultimately makes a choice, however, but before he can relay his decision to the women in question, he’s left fighting for his life as The Loft’s new sign comes crashing down on him!

Will he die? What’s more, who did he choose?

Juliet Nightingale (Niamh Blackshaw) gets the shock of her life in upcoming scenes, as mum Donna Marie Quinn (Lucy-Jo Hudson) makes a shocking return to the village.

Donna Marie is evidently delighted to be back, but Juliet is not too pleased to see her mum!

The trailer also previewed scenes from tonight’s E4 episode, which sees Sienna Blake (Anna Passey) succumb to her desires, as she has sex with Summer Ranger (Rhiannon Clements).

With Brody Hudson (Adam Woodward) searching for Summer, will he find out about his girlfriend’s passionate afternoon with his ex?

Liberty Savage (Jessamy Stoddart) vanishes in upcoming scenes, leaving Sienna worried that Summer had something to do with it!

Summer is seen in possession of a toxic substance, but did she murder Liberty?

If not, where has Liberty gone to?