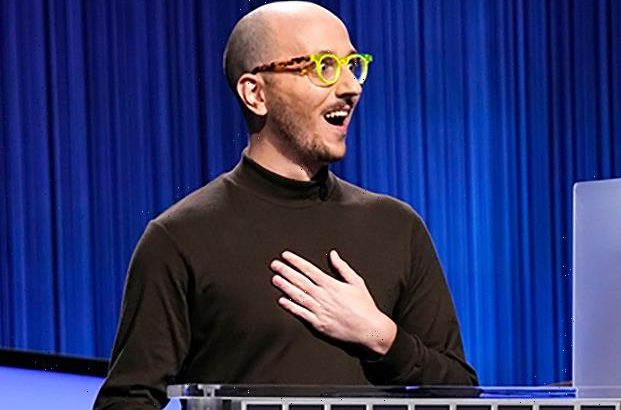 Jeopardy!‘s new champ is just as surprised as the rest of us.

Rhone Talsma, who will go down in game show history as the contestant who ended Amy Schneider’s staggering 40-day winning streak, says his victory has left him “in shock,” adding, “This is my favorite show. I was so excited to be here and I just wanted to do my best. I did not expect to be facing a 40-day champion, and I was excited to maybe see someone else slay the giant. I just really didn’t think it was going to be me, so I’m thrilled.”

As we reported, Talsma — a librarian from Chicago — finished in first place in Wednesday’s episode with $29,600 (to Schneider’s $19,600). His path to the winners’ circle was foreshadowed after he nailed a key Daily Double clue late in the Double Jeopardy! round, which kept the game competitive heading into Final Jeopardy! (where Schneider led Talsma $27,600 had $17,600).

The Final Jeopardy! category was “Countries in the World” and the clue read: “The only nation in the world whose name in English ends with an H, it’s also one of the 10 most populous.” The correct response: “What is Bangladesh?”