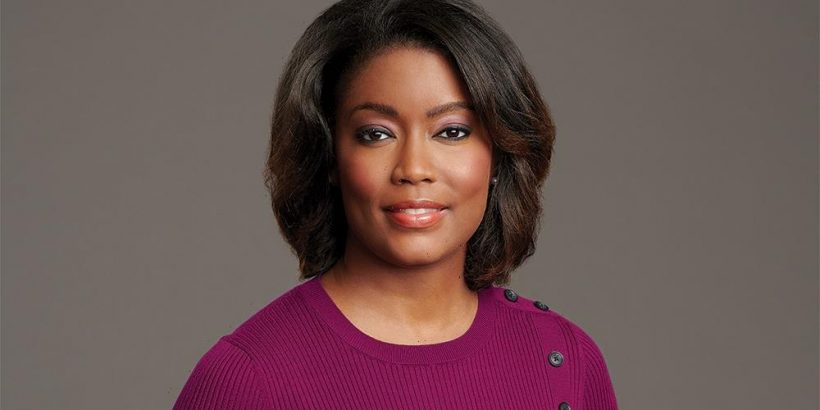 Rashida Jones learned a while ago to live with pressure.

At the tail end of the runup to the 2020 presidential election, Jones was the NBC News executive supervising two of the most scrutinized events in a chaotic news cycle. First came a town hall meeting between anchor Savannah Guthrie and then-president Donald Trump, a session that sparked backlash after NBC decided to air it opposite a similar ABC News telecast with then-candidate Joe Biden. It recently won an Emmy. Days later, Jones was the point person as Kristen Welker moderated the second presidential debate, after Fox News’ Chris Wallace presided over a wild first session punctuated frequently by candidate outbursts.

“If you think it’s not stressful popping in Savannah’s ear to tell her, ‘Go in this direction; go in that direction,’ that’s a highly stressful moment,” Jones confides during a recent conversation. “But I get to do that times every single host we have. You just have to kind of deal with it, just kind of steel yourself down and be confident.”

The executive could face more tension in weeks to come. Jones is in just her first year as president of MSNBC, the NBCUniversal cable news network that makes the bulk of its revenue from a primetime lineup that tilts toward progressive politics, and that may be in flux in the not-too-distant future. It’s a scenario that even the most veteran news executive would rather not face. MSNBC and its corporate parent are in talks with its star anchor, Rachel Maddow, about a new content portfolio that could have her scale back on the 9 p.m. MSNBC program for which she is best known and produce a wider array of ventures. Doing so may leave Jones having to rebuild a primetime lineup — just as the audiences who flocked to cable news during the election are dissipating and as TV viewers overall abandon live programming for on-demand streaming. In the third quarter, MSNBC’s total day viewership among people between 25 and 54, the audience preferred by advertisers in news programming, was off 48% from the year-earlier period, according to Nielsen. CNN’s was off by 46%, while Fox News Channel’s was down 25%.

“People are consuming in a different way. Sitting in front of a television and watching for hours on end is the habit of some of our audience but not all of the audience. There are people who take in bits and pieces of what appears on our shows on television, and they may never watch it in a regular format. They watch it on YouTube. They watch it on Twitter. They watch it on Facebook,” says Jones. “So how do we create more of an experience in those spaces?”

There is some expectation that Jones will test unique and format-busting concepts. This is the executive, after all, who in 2019 deployed Lester Holt, John Legend, 25 prison inmates and a forklift within the Sing Sing Correctional Facility in Ossining, N.Y., for an MSNBC discussion on prison reform that she described as “taking the spirit of that town hall conversation and taking it up 10 notches.” Jones’ recent success at NBC News has come from her handling of special programming, and staffers around the news industry are curious to see what she might come up with next.

Yet the task of replacing Maddow could distract Jones from other work ahead of her. Talks between the anchor and NBCUniversal may not be truly finalized until some point in 2022. The new deal “has a lot of fluidity and flexibility, and Rachel and the MSNBC executive team are going to figure that out in the next few months,” says Mark Shapiro, president of Endeavor, which represents Maddow. “The news will dictate some of that as well,” he adds. Maddow “is very passionate about current events, news and history and putting it all in the appropriate context.”

Jones hopes to tamp down speculation about Maddow and the future. “The only thing that I would say is that everything you are reading isn’t necessarily the way it will play out,” says the executive. “One of the things we are trying to figure out is what is the balance? Being on a couple of nights? What is the right platform?” Any changes in the evening lineup, Jones adds, “will depend on where Rachel lands and how Rachel’s portfolio plays out.” Imagine, if you will, how MSNBC die-hards might feel if Maddow weren’t making regular on-air appearances in the run-up to the 2022 mid-term elections. MSNBC declined to make Maddow available for comment.

Even as she keeps her eye on primetime, Jones has been working to identify voices who might capture attention in new ways — and get them a bigger spotlight. Mehdi Hasan, an outspoken opinion host who knows how to wield a social media bullhorn, streams his show on some days of the week and holds forth on MSNBC on weekends. Another anchor with a knack for focusing on hot topics, Ayman Mohyeldin, who was leading a news hour in the afternoon, just launched a weekend opinion show that will also have a streaming presence. The new slot “gives me just a little bit more space to have a more dynamic conversation,” he says.

But Jones must continue to step carefully, keeping MSNBC’s traditional business intact even as it ventures into new realms. In a post-election news cycle, that’s a tough job. MSNBC’s revenues have long trailed those of its main competitors, CNN and Fox News Channel. The network brings in substantially lower fees from subscribers and less money from advertisers, according to Kagan, a research firm that is part of S&P Global Market Intelligence.

In 2021, MSNBC’s economics are expected to narrow, with advertising falling nearly 20% to $574 million, according to Kagan, compared with $709 million last year. Meanwhile, Fox News’ ad sales are projected to fall 20% to $884 million, compared with nearly $1.17 billion in 2020. Only CNN’s advertising is expected to rise slightly, to $815 million compared with $805 million. Kagan predicts all three cable news networks will see subscribers decline this year by around 5%.

Jones says the entire industry is challenged by the fact that “the pie is shrinking,” but believes MSNBC viewers’ connection to the anchors may be a saving grace. The question is, she says, “How do we take everything you like about MSNBC and take it to where audiences are?”

Jones didn’t aspire to run a major news outlet in her younger days. When she was working at local stations, she thought she’d eventually end up as the head of news operations of a station in a major market. “I did not know enough to think this big,” she acknowledges. But she found a senior producing role at The Weather Channel and was eventually lured by Yvette Miley, now a senior vice president at NBC News Group who oversees diversity efforts. Once at MSNBC, working as a senior producer with anchor Chris Jansing, Jones began to see that “I can do 50 different things.”

One of them has been supervising some of the company’s most ambitious news plays. CNN in the last few years has emulated MSNBC and Fox News, loading its primetime with anchors who deliver colorful analysis, not just the facts of the day. Now, MSNBC is working to give viewers more hard news, particularly during its daytime schedule.  One of Jones’ first big moves at MSNBC was to work to help viewers understand when the network is presenting straight-news shows and when it is offering opinion programming. The network’s daytime news shows were all given new nomenclature: “Craig Melvin Reports,” “Katy Tur Reports,” all following the name of the noontime program anchored for years by Andrea Mitchell.

Keeping the lines from blurring has become a challenge for all the cable outlets, which get more of their ratings and ad dollars from hot takes and outspoken anchors. CNN has granted more of its anchors license to indulge analysis and perspective. Fox News has added opinion-led hours to its schedule at 7 p.m. and introduced a late-night program anchored by Greg Gutfeld at 11. Some news critics might argue the networks aren’t working as hard as they once did to keep the two sides separate.

Actively doing so “is a differentiator. It’s important not only for the audience to understand, but also for the teams, the shows and their staff, to expect,” says Jones, who believes the hard-news emphasis during the daytime is making MSNBC more of a go-to destination during important national moments — and helping the network lure viewers who might typically go to CNN. She is also keenly aware that “the world we are in right now is one where information gets politicized or weaponized,” and “it is tough for the country,” she adds.  “Everything we produce is representative of the world we live in. I don’t want to do anything that doesn’t contribute to the world not being a better place.”

The lack of separation between news and opinion has become a thorny issue, says Mark Feldstein, chairman of broadcast journalism at the University of Maryland. Jones “is trying to fix the confusion viewers feel watching MSNBC toggle back and forth between straight news coverage during the day and opinion shows at night.  Labeling these shows more clearly as news or opinion may help,” he says. “At a time when public trust of the news media is at an all-time low and fear of ‘fake news’ at an all-time high, truth in labeling is a welcome change, though how effective it will be remains to be seen.”

Jones is navigating other dynamics as well. MSNBC’s anchors were accustomed to the way the network ran under Phil Griffin, her predecessor, who left MSNBC earlier this year. He was known to be close with stars like Maddow and Joe Scarborough, who isn’t shy about relating conversations he had with the executive about how his program, “Morning Joe” is produced. Griffin has been working with Maddow as she discusses her new deal, says Shapiro: “He is a trusted advisor to her.”

It’s not as if Jones is a new entity in the building. She has worked with many anchors, or, more crucially, turned up in their ears during programming, for years. Now she is finding ways to engage regularly with 26 different on-air MSNBC personalities, “Some people are texters. Some people are lunchers. Some people are in-person swing-by-ers,” she says. “I have made it a point to keep those communications and relationships going.”

In a different era, the president of a news network would not have to worry about lining up hosts for streaming duties or fret about video content being used for fake-news purposes. “The business overall is just very unpredictable. We tend to look at history and model things out based on how things have always gone,” notes Jones. “Now we are in a period when all off those things are out the window.” Chances are Jones is probably going to end up breaking some glass.