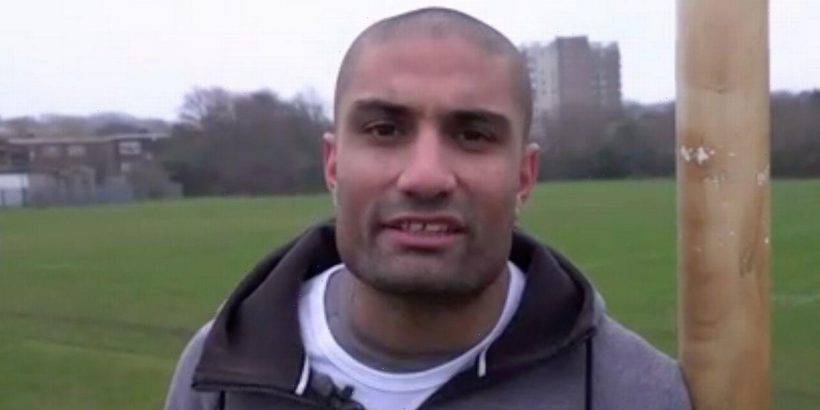 Richie Anderson has been confirmed as the third official contestant for Strictly Come Dancing 2022.

The hit dancing competition will launch on September 7 and the BBC has finally started to reveal the highly anticipated lineup.

So far actors Kym Marsh and Will Mellor have also been announced to be getting their dancing shoes on.

Richie is ecstatic to be joining the show and has been a long-time fan.

He said: “This is a dream come true! I cannot wait to get in those sparkles and sequins and shimmy across the most famous dance floor in the world.

"Strictly is the ultimate feel good show, as soon as I hear that iconic theme tune it’s just pure escapism.

"I’m going to have to cancel my legendary Strictly launch night kitchen party that I throw every year, I’m sure my friends and family will understand."

As he's confirmed as the third contestant in the Strictly lineup, here's everything you need to know about who Richie Anderson is and where you might know him from.

Who is Richie Anderson?

Richie's face might not be as familiar as the actors who've already been announced in the Strictly lineup, but that's because instead of being in front of the camera, he's usually behind the mic.

Richie is a presenter best known for his role on BBC Radio 2's Breakfast show.

Anderson currently presents the travel reports on weekday mornings for the station, and in May he travelled to Turin to cover the Eurovision Song Contest.

Richie is also a regular presenter on The One Show and was part of BBC One's coverage of the Platinum Jubilee.

The presenter is a man of many talents and he's also a former Sunday League footballer who played for Coombs Wood FC.

Currently, Richie is in Birmingham covering the Commonwealth Games.

Who will Richie Anderson be dancing with? Richie will be dancing in the show in an all-male couple, although the professional partners for the contestants haven't been announced yet.

Strictly welcomed their first-ever same sex couple in 2020 with boxer Nicola Adams being paired with Katya Jones, but unfortunately the pair had to drop out of the show after Katya tested positive for Covid.

The dancing duo made it all the way to the grand final but unfortunately lost out on the Glitterball Trophy.

This year, Strictly are continuing to showcase inclusion on the show with Richie and his dance partner and the presenter has said that it's "so important".

He said: "It’s also a massive honour to be part of an all-male dance partnership, it’s so important we have that inclusion on such a huge show."