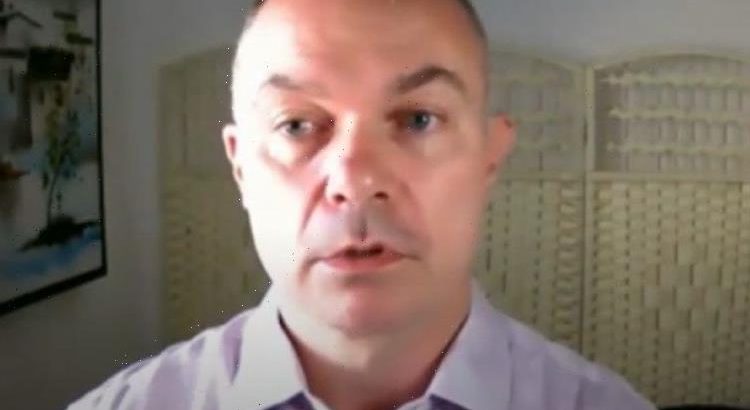 Senior clinical lecturer Dr David Strain clashed with the chairman of Gail’s Bakeries chain Luke Johnson on GMB over whether NHS test and trace was keeping people safe or the time had come for the app to be deleted. The number of people told to quarantine by the app has soared by tens of thousands a week in the space of a month. The GMB guests clashed furiously over maintaining the scheme.

Dr Strain told GMB: “It is difficult when we lose public faith but if we just look at the simple numbers.

“So far it is estimated that the app has prevented 600,000 deaths within the UK.”

He added: “The is just because it has identified people at the right time and asked them to self-isolate.

“So they didn’t spread this any further.”

Susanna Reid and Richard Madeley later clarified the NHS Test and Trace app had stopped 600,000 cases instead of deaths as Dr Strain had claimed.