For Children in Need this year, Nick and his DIY SOS team were joined by a number of volunteers to build an all-new all-inclusive surf centre – all under the guidelines implemented as a result of the coronavirus pandemic. Nick branded the build “miraculous” seeing everyone at the Swansea-based Caswell Bay pull together to achieve the feat in just nine days. And Nick and the DIY SOS team’s efforts didn’t just result in the erection of the new centre but also raised hundreds of thousands of pound for charity – as revealed by BBC’s Morning Live host, Gethin Jones.

However, Nick was unaware of exactly just how much money had been raised prior to his appearance on today’s Morning Live.

Gethin then broke the news to him, saying: “You always raise so much money, we’ve actually got the total this year. Did you know that? We’ve got the total here.”

A slightly hesitant Nick replied: “No, I was told by my boss I was gonna hear about lunchtime.

“It’s a big deal to us because not only have we built the building but that amount of money goes to help so many.” 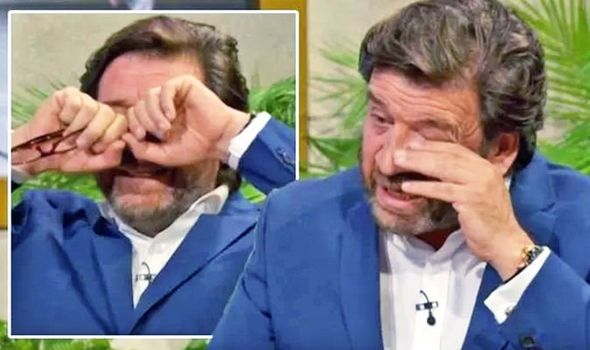 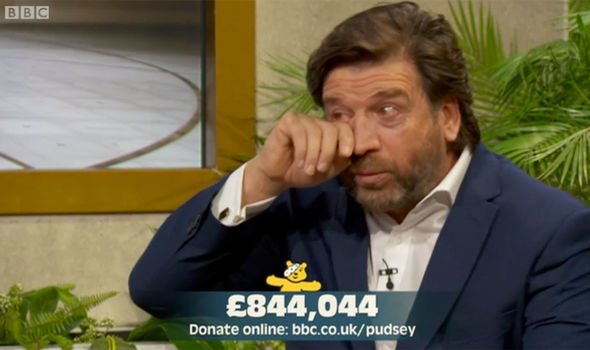 However, Gethin dropped the bombshell that Nick couldn’t have been more wrong.

Stunned by the number, Nick replied: “That can’t be right.” 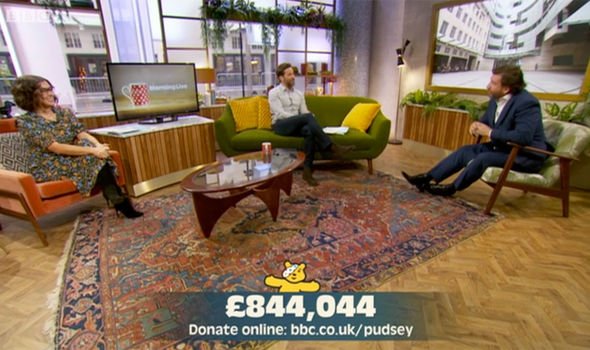 A round of applause descended on the studio as Kym confirmed the correct number.

And before long, Nick found himself struggling to get any words out as the tears began to flow.

“Its the highest total yet,” Gethin told Nick as he sat back in his chair and took in the news.

“Mate, you deserve it, you drive that show, I’ve seen what you’re like when you get everyone around you to get them going, all the builders you get involved. You should be really proud of that, Nick.”

“Just how amazing are people,” Nick said as his voice began to crack.

“I mean, I know everyone’s worried about their work, their mortgage, their finances…”

Gethin then reminded Nick about how he thought the total was going to be lower this year than previously following the pandemic.

“So that’s a bit of a shock to you, isn’t it?” Gethin asked as a tearful Nick responded: “That’s twice, twice what we normally do.”

However, Nick tried to lighten the mood when Gethin went on to ask his final question.

“Good luck getting an answer out of me now,” the DIY SOS host joked, prompting the Morning Live hosts to share a laugh.

Children in Need marks its 40th anniversary this evening on BBC One with Alex Scott presenting from 7pm.

Morning Live continues weekdays at 9:15am on BBC One.