Production is finally underway on the much-anticipated BBC One adaptation of Malorie Blackman’s Noughts + Crosses, and to mark the occasion we’ve been given a first look at Sephy and Callum.

Based on the award-winning book of the same name, the six-part series follows star-crossed lovers Sephy and Callum in an alternate world where racism divides society. In this world, Sephy is a ‘Cross’, a member of the black ruling class and daughter of a prominent politician, while Callum is a ‘Nought’, a white member of the underclass.

The two have been friends since early childhood but their relationship becomes more complicated as they get older, telling the story of two families separated by power and prejudice but forever entwined by fate. 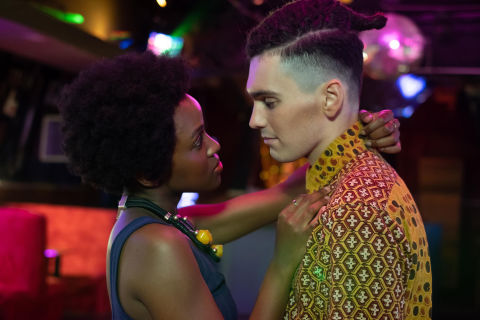 And taking on those roles for the adaptation will be newcomer Masali Baduza, who’s been cast as Sephy Hadley, and Peaky Blinders and Born to Kill star Jack Rowan, who’ll be playing the part of Callum McGregor.

Noughts + Crosses is filming in South Africa, and Masali and Jack will be joined by a host of big name talent, including Cold Feet‘s Helen Baxendale and The Last Kingdom‘s Ian Hart as Callum’s parents Meggie and Ryan, and Peep Show‘s Paterson Joseph and Invictus‘s Bonnie Mbuli as Sephy’s parents Kamal Hadley, the Home Secretary, and Jasmine respectively.

“I’m thrilled that the TV dramatisation of Noughts + Crosses has such an amazing cast to bring the story to the screen,” author Malorie Blackman, who also wrote Doctor Who‘s recent episode ‘Rosa’, said in a statement.

“It will be so exciting to see how the writers and actors open up the world I created, adding new breadth and detail.” 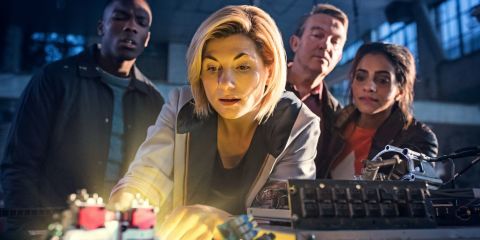 The series was written by Being Human‘s Toby Whitehouse, Lydia Adetunji, Nathaniel Price and Rachel De-Lahay, and will be directed by Daredevil and Iron Fist‘s Julian Holmes.

“It is an absolute honour to be adapting this treasured novel for television,” executive producer Preethi Mavahalli added. “We are delighted to have such a phenomenal cast bringing this iconic love story to the screen for both existing fans and a whole new audience.”

Noughts + Crosses will air on BBC One.