The former X Factor star was poking fun at how his red jumper caused him to blend into the BBC Breakfast sofa when he pointed out that host Louise Minchin had blocked him on Twitter.

“I stopped watching when I found out Louise blocked me on Twitter,” he said.

“We need to clear this up, it was a genuine error,” Dan Walker said.

“I was trying to find you because I wanted to say you were coming on the programme this morning, and I thought ‘Why can’t I find Olly’,” Louise tried to clarify.

Unfortunately Olly wasn’t buying it, adding: “You know a block isn’t just a slip of the keyboard. You have to click on something and block me.

“It must have been something I said to upset you. We’ll get to the bottom of this after.” 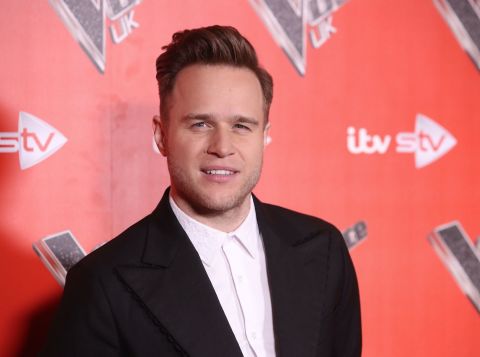 Thankfully, Louise undid her mistake (if it indeed was a mistake) and told the ‘Troublemaker’ singer that he was now unblocked.

Olly recently opened up about his relationship with X Factor boss Simon Cowell after admitting that he wasn’t sure the pair were on “talking terms”.

The 34-year-old discussed his decision to turn down a judging spot on The X Factor in favour for The Voice UK.

“Yeah, I was asked to be a judge on the show,” he explained. “I have nothing but love for Simon Cowell and the guys, but I just didn’t want to leave The Voice.”