The scene sees Derek Trotter lean against a bar, as he gives Trigger tips on how to woo “Euro-birds”. As he spots two women looking over, Del Boy tells Trigger, played by the late Roger Lloyd-Pack: “Play it nice and cool, son.” Then he falls through the hatch which has been opened. Sir David, 80, said the idea came from show writer John Sullivan, who had seen a man nearly fall through a bar hatch.

He said: “So basically John asked me, ‘Shall we do it?’ I said, ‘Yes, but I will fall through the hatch.’ Because that’s really funny and I know it works.”

The actor told the My Time Capsule podcast: “In every farce I’ve been in there is a settee in the middle of the stage. Nine times out of 10 what I used to do was lean on the edge of the settee. I would miss the back of the settee and fall. I would get a big laugh.

“One day when we were in the bar having a drink, he said ‘I was in the bar the other night, the wine bar, and I saw this piece of business you might like to do…’

“[He said] ‘I saw this bloke and I was just standing there. There was a bloke at the bar and the barmaid went through the thing, left the counter up and he went to lean on it and missed it.

“[John said] ‘He looked around to see if anyone had seen it because he was embarrassed and he was sort of going ‘Yeah well I meant to do that’.” 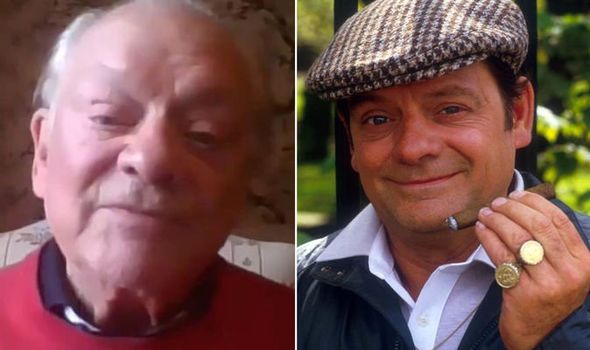 In 2008, Empire magazine placed Only Fools and Horses 42nd on their list of ‘The 50 Greatest TV Shows of All Time’ and cited ‘Yuppy Love’ as the show’s best episode.

Jason, who played Del Boy in all 64 episodes of the long running sitcom, also confessed to still being ‘haunted’ by the popular character he portrayed.

He said: “It’s a bit like a ghost it keeps coming back to haunt you all the time but fortunately it has been a springboard to do other things that I am equally proud of.

“I am grateful for it in one way and it has been a bittersweet thing in another.” 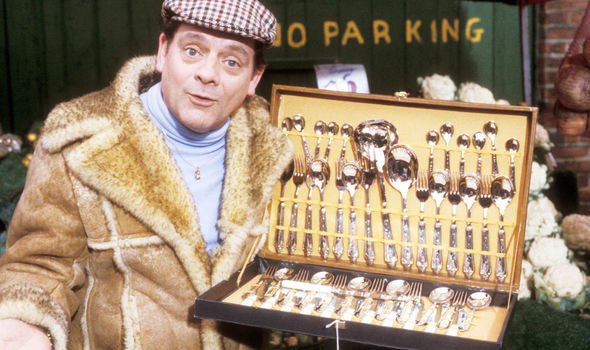 He has also penned his third book – A Del of a Life – and is in demand for voiceover work.

The latest accounts for David’s Peglington Productions Ltd show the firm has £789,582 in cash and investments.

But it is his tax bills that reveal how much money Jason is really raking in.

That means his income over the last two years was at least £2.3million – and probably higher with costs such as travel and accountancy bills deducted.