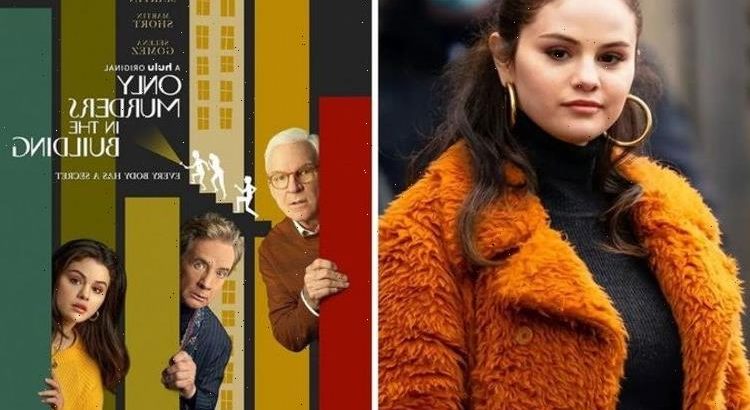 Only Murders in the Building: Disney+ releases series trailer

Only Murders in the Building is Steve Martin’s new whodunnit comedy series about three true-crime lovers caught in one of their own. Created by Hulu and available on Star on Disney Plus in the UK, the series is a mix of dark comedy and genre satire. This is an original story devised by Steve Martin and John Hoffman and will be told over 10 parts.

The premise of Only Murders in the Building will hook any true-crime fans from the get-go as the series embraces the tropes of whodunnit genre fiction.

Viewers will be immediately grabbed by the star power commanding the show, bringing Steve Martin’s legendary comedic stylings to a new audience.

He isn’t the only veteran comedian to be leading the show, as he is joined by Martin Short, with the two having appeared in films and TV series together for nearly 40 years.

But they are not alone, with Selena Gomez opening the series up to her legion of fans.

The premise is simple, essentially begging the question of what would happen if three true-crime documentary addicts were suddenly thrust into their own murder mystery.

In fact, the series wastes no time in plunging the three into the deep end, both establishing their shared passion and the crime that links them within the first 15 minutes.

All three live in the same building, the Arconia, an exclusive Upper West Side apartment in New York City.

All the residents of the building largely keep to themselves, with the show quick to show off New Yorkers’ friendly attitudes to each other.

One day the pair are listening to the latest episode in their favourite true-crime podcast, which catches the attention of Mabel Mora (Selena Gomez).

The classic dysfunctional friends’ dynamic is quickly formed, bolstered by the script’s sharp and dark humour, keeping the three more as reluctant acquaintances rather than firm friends.

In fact, it is the chemistry the three share on-screen that is the real selling point of the series, particularly the back and forth between Martin and Short.

It’s a joy to see the legendary comics share the screen together again, with the bulk of the comedy coming from Martin’s done-with-it demeanour towards Short’s earnest if deluded outlook.

However, Gomez is a consistent scene-stealer, once again proving she has a knack for comedy, which has been seen in films such as Bad Neighbours 2 and the esoteric horror-comedy The Dead Don’t Die.

Sadly, not all the jokes land, with each 30-minute episode often feeling somewhat underdeveloped for the arcs the characters share.

The pacing is at break-neck speed as well, keeping the plot moving but sacrificing some much-needed slower scenes to allow the audience to breathe.

Yet, on the whole, the series is a delight, fulfilling its promise at deconstructing the true-crime genre while feeling fresh and relevant.

Part of the fun is seeing the three leads encounter, and sometimes interrogate, many of the other residents of their apartment complex.

An entourage of familiar faces will pop up throughout the series, including The Office’s Amy Ryan, Saturday Night Live’s Tina Fey, and even Sting as himself.

Co-created by John Hoffman of Grace and Frankie fame, the producer brings a sleek sense of style to the series that captures a chic aesthetic.

This is also helped by the direction of Jamie Babbit, Cherien Dabis, Gillian Robespierre and Don Scardino.

Silicon Valley’s Babbit established the directorial style of the series in the pilot episode, expertly introducing the audience to the three leads.

For fans looking for something to hold them over until the next true-crime series to binge, or just those needing a new laugh, Only Murders in the Building is a solid and engaging watch.

Only Murders in the Building is available to watch on Hulu in the USA and Star on Disney Plus in the UK.