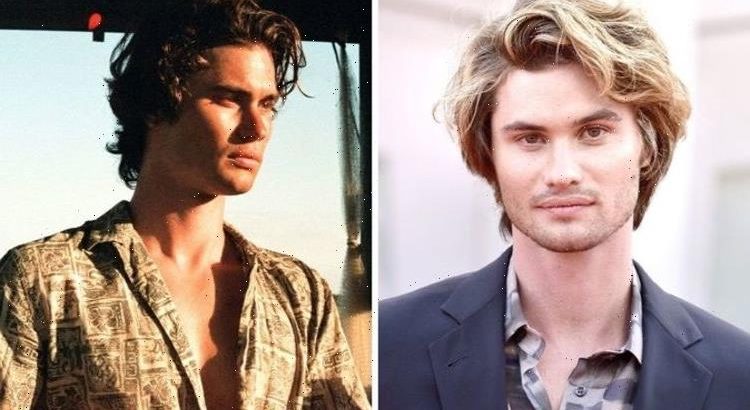 The upcoming film Uglies is based on Scott Westerfeld’s series of best-selling novels about a society which forces 16-year-olds to undergo a compulsory operation to make them attractive. Outer Banks’ Chase Stokes will star in the upcoming Netflix Original, alongside The Kissing Booth’s Joey King and the breakout star of Amazon Prime’s I Know What You Did Last Summer revamp, Brianne Tju.

King is assumed to portray the lead of Westerfeld’s original novels, Tally Youngblood.

However, Stokes, Tju and Keith Powers, who recently starred with Chris Pratt in The Tomorrow War, have joined the cast in undisclosed roles, according to Deadline.

Uglies will be directed by McG, who recently helmed The Babysitter and its sequel, The Babysitter: Killer Queen for the streaming platform.

Stokes was most recently seen in the second season of Outer Banks, which was released on Netflix in July.

His previous film credits include Dr Bird’s Advice for Sad Poets which was released earlier this year.

It’s currently unknown whether he’ll be returning as John B in a third season of Outer Banks.

The US star, 29, features in the main role as the leader of the Pogues, a rag-tag group of teens who find themselves embroiled in a dark conspiracy.

Considering the second season concluded with even more shocking twists and cliffhangers, fans are clamouring for the show’s return.

The finale initially explained one of the biggest questions left unanswered after season one by confirming John B’s dad, ‘Big John’ Routledge (Charles Halford) is, in fact, alive.

Plus, the Pogues’ pursuer Ward (Charles Esten) is also alive and well after faking his death in the boat explosion.

Finally, the group found themselves stranded on a deserted island just before the credits rolled, leading into another epic adventure in a potential third season.

Sadly, Netflix has yet to officially greenlight another outing for the popular young adult drama.

However, sources close to the streaming hit claim scripts have been finalised for a third and fourth season of Outer Banks.

If things go to plan, production should begin later this year in time to release the third instalment in summer 2022.

Meanwhile, Uglies is expected to go into production soon with McG directing a script from Grey’s Anatomy screenwriter Krista Vernoff.

Westerfield’s 2005 science fiction novel was initially optioned by 20th Century Fox and director John Davis in 2006 for a film adaptation.

In 2020, it was then announced Netflix had acquired the rights, with Joey King to star and executive produce.

The first novel was followed by three subsequent sequels, Pretties, Specials, and Extras.

The author then revived the franchise in 2018 with The Imposters sequel series, with the final book, Youngbloods, set to be published next year.

Outer Banks seasons 1 and 2 are available to stream on Netflix.