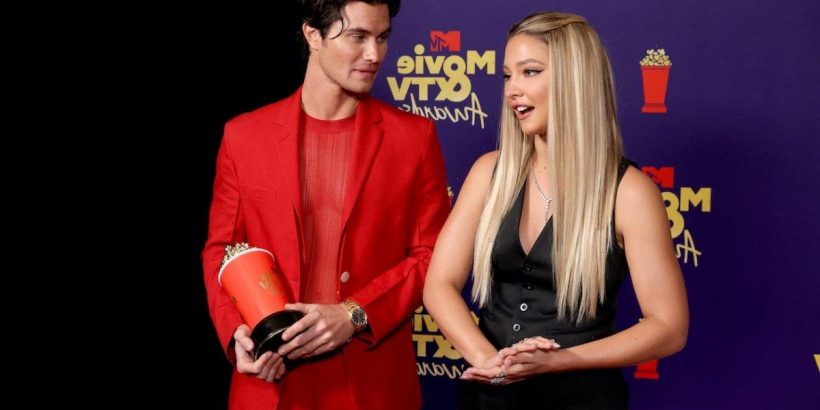 In Outer Banks Season 2, John B. and Sarah Cameron unofficially get married. While the on-screen couple was an item off-screen, Chase Stokes and Madelyn Cline aren’t dating anymore. Here’s what fans think their breakup could mean for Outer Banks Season 3.

Chase Stokes and Madelyn Cline are officially over

Throughout Outer Banks Season 1, the chemistry between Stokes and Cline was palpable. By the time they started filming for season 2, Stokes and Cline were officially a couple. The actors made their relationship public in June 2020, but kept it professional on the set of the Netflix show.

But now, Stokes and Cline’s relationship is no longer. On Nov. 3, Page Six confirmed the couple isn’t together. “Chase and Madelyn are not together anymore,” a source shared with the outlet. “It’s no secret among those who know them that they broke up.” According to another insider, “things got rocky between Chase and Madelyn in September, and they were openly talking to friends about the breakup by October.”

Now that Stokes and Cline’s breakup is public, Outer Banks fans are looking toward the future. Many fans are curious about how their relationship status will impact the show, where their characters are still an item.

“Do you think they will bring in a new male role to ‘take’ Sarah away from John B?” a fan asked on Reddit. “I understand they’re actors and they would be professional, I only ask [because] I’ve seen it in other shows when costars breakup [in real life] and they make the characters in the show break up as well.”

Most fans don’t see John B. and Sarah Cameron breaking up in the show, nor do they see Stokes and Cline’s breakup impacting the Netflix series. “I don’t think it will,” another fan commented in the thread. “I’m sure Chase and Madelyn are professional enough to put that aside while filming.”

“They won’t be the first actors to play on-screen romantic interests after a breakup, and nor will they be the last,” another Reddit user points out. “This is the risk actors run when they choose to date their coworkers.”

Outer Banks Season 2 dropped on Netflix in July 2021. After the second season ended on a major cliffhanger with the return of a significant character, many fans are eager for more from showrunners Josh Pate, Jonas Pate, and Shannon Burke.

Netflix hasn’t made an official announcement about Outer Banks Season 3. But there’s a huge possibility the show will return, considering its popularity among fans.

On Nov. 8, the Hollywood gossip account Deux Moi posted a blind item that read: “Season 3 will start filming in Barbados in January.” It’s unclear if this is true or not, but the account implied the information was about Outer Banks Season 3.

If and when Netflix does confirm Outer Banks Season 3, fans can likely expect new episodes sometime in the spring or summer of 2022. Outer Banks debuted on Netflix in April 2020, while season 2 came out in July 2021.