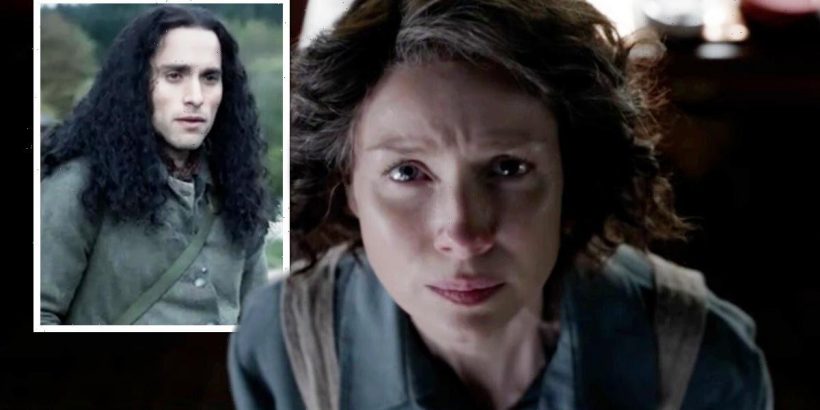 The current instalment of Starz’s popular fantasy drama is currently taking a midseason break, but there will be more action and stunning revelation to come over the next two weeks. As Jamie Fraser (played by Sam Heughan) and Claire (Caitriona Balfe) recover after the shocking death of Malva Christie (Jessica Reynolds) and her baby, an even more sinister plot could be developing behind the scenes of Outlander.

Executive producer Matthew B. Roberts has hinted at much more time-travelling to come before Outlander reaches the end of its sixth season.

For now, Claire and Jamie are preparing for the approaching American Revolution whilst dealing with the more personal threats on their own doorstep.

However, an intriguing stinger at the end of the fifth episode of season six, Give Me Liberty, suggests Claire’s time-bending secret could soon be unearthed.

Before the new season, Matthew teased: “I’m going to say, time travel will always be a part of this show.”

Unfortunately, the EP was keeping details close to his chest, as he added: “How? You might have to tune in to see.”

Hopefully, Matthew’s clues suggest fans will soon discover who was whistling the anachronistic tune at the end of episode five.

Fans heard the song, which is known as Colonel Bogey’s March, coming from the jail cell of the man who stole an important emerald necklace belonging to a woman named Flora MacDonald.

The March was composed in 1914 and popularised in war films such as The Bridge Over the River Kwai, so there’s no way someone born in the 18th Century would be able to whistle it.

Fans of Diana Gabaldon’s original novels will know the man as Wendigo Donner (Brennan Martin), who becomes a primary character in the later books.

As the series has already been renewed for a seventh season, it hopefully won’t be long before it’s revealed whether Wendigo will be an ally or an enemy in the Frasers’ fight to survive the Revolution.

In the books, Wendigo is an activist who leads a group of fellow time-travellers who attempt to travel backward to prevent the slaughter of Native Americans.

Jamie and Young Ian (John Bell) are already becoming conflicted about the role of the Mohawk and other Native groups in the Revolution, so Wendigo’s plan certainly fits with the themes of this season.

The Frasers may soon have to decide if they can let Wendigo’s plan go ahead, as it could have disastrous consequences for the future.

Meanwhile, the producer has also revealed Claire and her daughter Brianna’s (Sophie Skelton) knowledge of the 20th Century will continue to play a major role in the current season.

“We definitely have long, long conversations about how one thing may affect other things,” he told ET Online.

“I think Claire says it a lot: ‘We’re going to do what we’re going to have to do to keep our community safe. And if that gets out, then so be it.’”

“But we have ways, and the books have ways of cutting that off in the perfect moment when you need to, so it doesn’t go worldwide.”

Claire has already introduced modern medicine to the community, whilst Bree has just invented an early form of matches.

However, their inventions could soon attract the attention of the Crown and even other time-travellers, who could very well put Fraser’s Ridge in even more danger.

Outlander season 6 continues Sundays on Starz in the USA and the following Monday on StarzPlay.