Starz series Outlander is currently off screens while the cast and crew work on new episodes of the drama. The show is adapted from the novels by American writer Diana Gabaldon with the forthcoming outing taking its cue from A Breath of Snow and Ashes. There’s no word yet on when the sixth series will be airing with fans facing possibly the longest Droughtlander in the history of the show.

Why did Jamie Fraser sleep with Mary McNab in Outlander?

Some fans have been going back to previous seasons and have questions about previous storylines.

Among these is one moment in season three when Jamie Fraser (played by Sam Heughan) slept with Mary McNab (Emma Campbell-Jones).

The scene took place after Claire Fraser (Caitriona Balfe) returned to the future shortly before the Battle of Culloden after Jamie feared for the safety of his wife and their unborn child.

Claire reconciled with her first husband Frank Randall (Tobias Menzies), while Jamie was trapped in the past and fought in the Jacobite Rising. 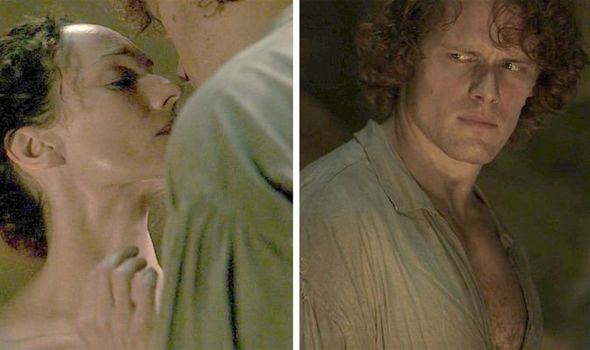 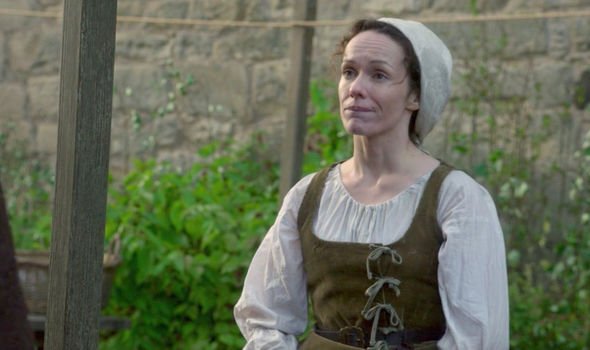 Jamie ended up close to death after the battle and was forced to go into hiding for seven years as a fugitive from the British.

He spent these years living in a cave close to his ancestral home of Lallybroch with the locals and his family bringing him supplies during this time.

The Highlander became a shadow of his former self during these hermit years, growing a huge beard and donning a hat to disguise himself.

During this time, Jamie ended up sleeping with Mary in the cave while she worked for Jenny Murray (Laura Donnelly) and her family. 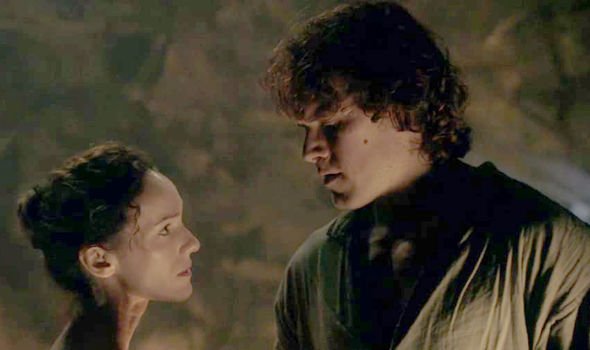 The moment happened shortly after Mary had brought some supplies to Jamie and helped him to shave his beard off.

He planned to turn himself in rather than continue with his isolated existence any longer.

Before he did so, Jamie and Mary slept together after they found comfort in one another.

Mary was a widow, whose husband had betrayed Jamie previously and paid a heavy price when he was murdered by the people of Lallybroch.

Jamie had managed to save Mary and her son from their burning home with the pair then working for the Murrays as a maid and a stable boy. 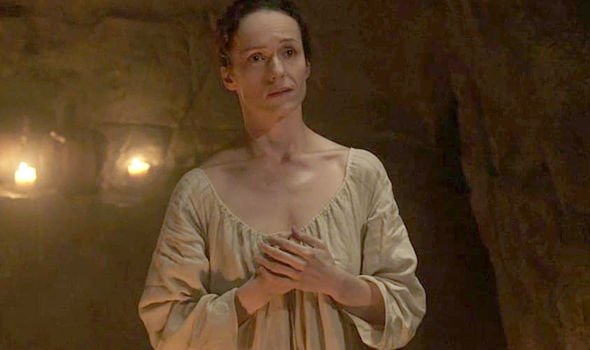 The scene also happened in the novel Voyager where Mary told Jamie she wasn’t trying to make him forget about Claire but allow them both a moment of solace.

Jamie acquiesced through tears, deeply missing Claire. He was so emotional, he had to close his eyes as he slept with Mary.

Speaking about the scene, Outlander producer Toni Graphia said: “We had to walk a fine line because we didn’t want this to be lecherous in any way or just crass.

“We wanted it to be tender, and selfless and it’s not really sexy. It’s just about humanity and connection.”

Graphia added: “And they have a history together in that she saved his son from the abusive husband. So, she’s grateful to him and he’s a hero to her.”

She went on to say of Jamie’s state of mind in this scene: “He closes his eyes and she’s like, ‘Is it because I’m not attractive?’ Which breaks your heart because she’s so nice and sweet.

While fellow producer Matthew B. Roberts explained Mary’s motivations, saying she didn’t want “something more” than the moment.

Roberts said: “And I think that’s the special thing about this particular scene is that it ends after this ends. It doesn’t imply anything else.”

Executive producer Ronald D. Moore also waded in on the season three DVD, adding even though Jamie was in the cave, “his heart is someplace else, and I think that’s the important thing”.