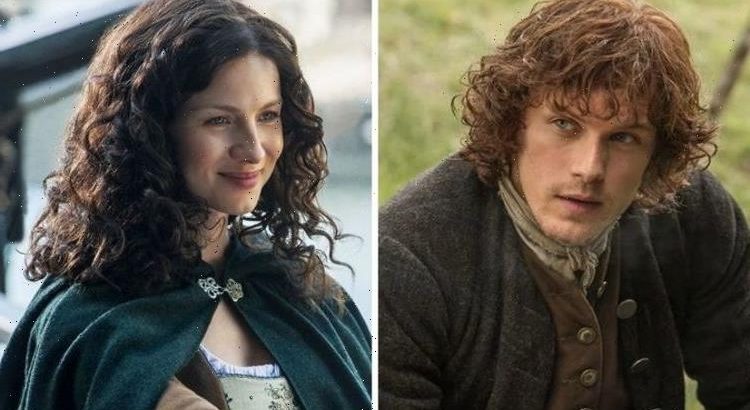 Outlander fans have been desperate for information for season six. With Starz recently releasing the first trailer, more information has quickly followed suit, and now a script page reveal has provided even more details. The page gives viewers insight into a specific season six scene, one that could mean Claire (played by Caitriona Balfe) and Jamie Fraser (Sam Heughan) have to make a big sacrifice.

The first trailer for season six did give fans an idea of what to expect, but this script page has finally given them a chance to understand a scene from the upcoming season.

While it is only one page, equating to a tiny portion of the entire series, it is still an important scene to read.

Balfe herself, along with producers Maril Davis and Matthew B Roberts, sent over the page to Entertainment Weekly, which in turn posted the image for all fans to see.

The scene sees Claire and Jamie discussing the new arrivals at Fraser’s Ridge.

Earlier this year Starz gave viewers their first look at the Christie family, releasing an official still of the three.

The Christies’ arrival in Fraser’s Ridge is clearly an abrupt one, and it is not being welcomed by all the residents of Fraser’s Ridge.

The scene reveals that Jamie and Tom are actually old Ardsmuir acquaintances of one-another.

Ardsmuir is a fictional fortress prison located in the north of Scotland, this is where Jamie and Tom met earlier in the series.

It is quickly established in the scene that Jamie feels uneasy about Tom’s arrival, fearing that he may hold a grudge from their shared past.

Claire says: “Well, we’ll need more food to get them going, spare clothes and whatever we have, really.

Supplies will already be low in Fraser’s Ridge due to the impending American Revolutionary War.

It seems that all the characters will be put to the test this season, as each and everyone will have to make sacrifices to make ends meet during this dark period of history.

However, true to series form, the foreboding tone is taken over by a heart-warming and tender moment.

Upon seeing Claire’s pragmatic approach to the situation, Jamie expresses his love for her.

Jamie says: “Claire… sometimes I think ye are an angle…”

Jamie then adds: “I think Tom received word that his wife had died while we were at Ardsmuir…

Season six will clearly be a dark charter in the Outlander franchise, but the romance at the heart of the series will still be front and centre.

Outlander season six will premiere in early 2022 on Starz in the USA. A UK release date has not been confirmed.