Claire (played by Caitriona Balfe) fell for highlander Jamie Fraser (Sam Heughan) when she travelled through the Craigh Na Dun stones and found herself in 18th Century Scotland. The pair have endured a 20-year separation with Claire returning to her own time believing Jamie had perished at the Battle of Culloden. Fortunately, the Outlander couple were reunited and have now settled on Fraser’s Ridge. But will they last much longer?

Writer of the Outlander novels, Diana Gabaldon, has teased the future of the beloved couple as she spoke about how she planned out the series.

Speaking on the Outcasts podcast, Diana shared: “One of the problems with my book, which I discovered when I first started writing them, you cannot describe them to anyone.

“My editor said, ‘These have to be word of mouth books because they’re so weird you can’t describe them to anyone,’ and that’s right.

“Consequently, publishers had no idea how to label them or what to tell their sales reps. 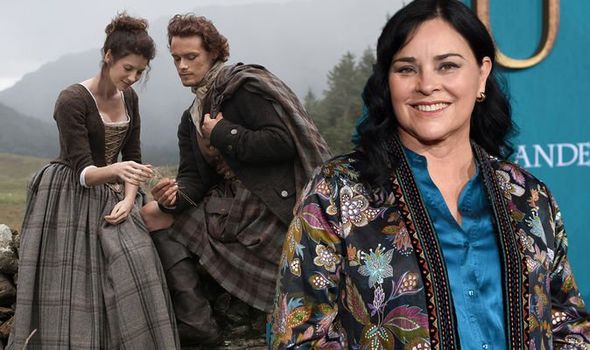 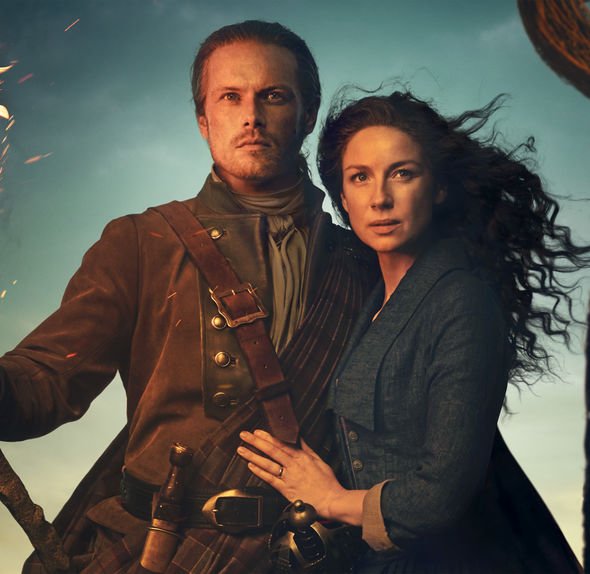 “So for a while they tried labelling it as romance and it worked, it established a base of readers.

“Gradually we have outgrown that label so to speak.

“But as we went along, I should say with romance novels, I read them and enjoy them, I just don’t love them, but I got to thinking, ‘You know Outlander actually has the underlying skeleton of a romance novel.’

“It is a courtship it has a lot of other things a romance novel would never have but it could actually be called a very large romance if you had to. 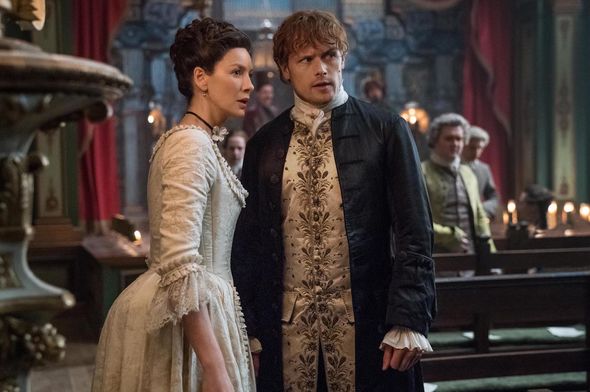 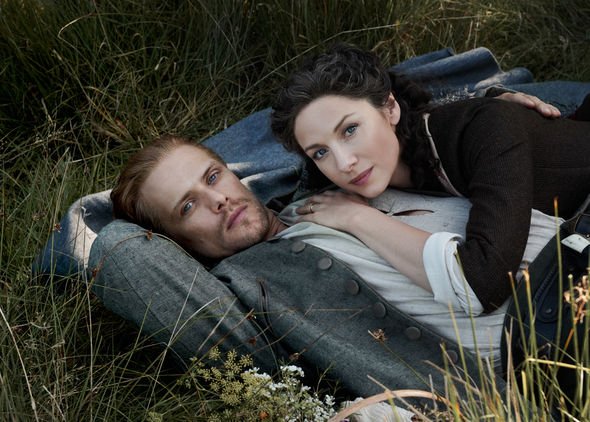 “The thing about romance novels is that they don’t have sequels, they are all courtship stories, and once the courtship is over they are happily married, possibly have a baby but that’s it for those people.”

Host Tim Downie chipped in: “Or, it turns into a melodrama.”

“Exactly, and that’s not what I was doing,” Diana replied.

Diana went on to tease Claire and Jamie will last for a little longer as she noted their romance would span five decades.

She explained: “So I said, ‘Well you know I’m not going to do a courtship story but I have never seen anyone try to tell the story of how you try to stay married for 50 years.’

Claire and Jamie have been together approximately just under 30 years so could Diana’s hint about a romance last 50 years confirm they still have several years left with one another?

Diana’s hint comes after she appeared to confirm Jamie wouldn’t die any time soon as she spoke about her ninth book, Go Tell The Bees.

Speaking on the Outlander End of Summer Series, she told executive producer Maril Davis: “I’m very close to writing it but as to what it is, it’s a really really interesting book and I’m having so much with it, especially now I’m in the final phases where I actually really know everything I know that is left.

Diana added: “Somebody asked me a few weeks ago, ‘Can you say something in five words or less that will make people want to read book nine?’ and I said, ‘Yes, he’s still alive.’ Because that’s what they’re afraid of, that Jamie’s going to die in this book.”