Season three of Outlander is perhaps the most epic run of the Starz drama both in its ambition and scale. Not only covering 20 years in the lives of Jamie (played by Sam Heughan) and Claire Fraser (Caitriona Balfe) but with the scope of the story moving between continents. The first half of the third series was very much about the human drama after Claire returned to her first husband Frank Randall (Tobias Menzies) and Jamie stuck in the past.

Why was Claire jealous of Frank’s mistress if she loved Jamie?

Viewers were left heartbroken at the end of season two of Outlander when Jamie forced his beloved wife Claire to go back through the stones as the drums of Culloden sounded ever closer.

Claire travelled through time back to the 1940s where she reconciled with her first husband Frank Randall (Tobias Menzies), despite being pregnant with Jamie’s baby.

She clearly told Frank she no longer loved him but was happy to enter into a marriage of convenience and raise the baby together.

Frank, who realised he could never have children of his own, agreed to the arrangement. 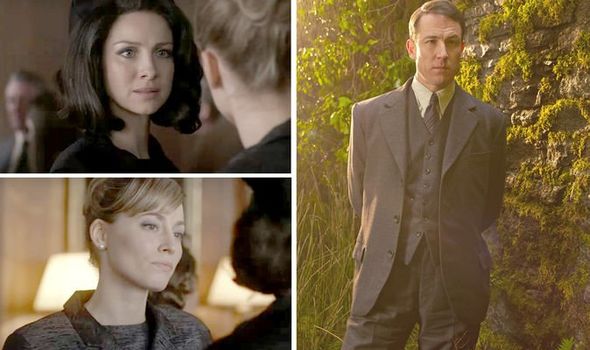 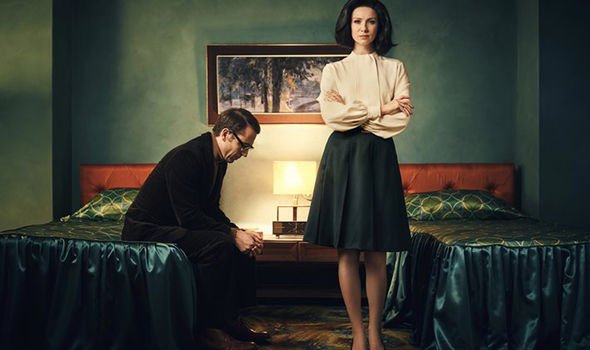 He was still in love with his wife and secretly hoped Claire would forget about Jamie.

Sadly, over the years it became apparent to Frank he would always come second best to this mystery man.

Claire also discreetly gave Frank permission to see other people because she was no longer interested in him.

The one condition was to never bring his dalliances near their daughter Brianna’s (Sophie Skelton) – again something which Frank agreed to do. 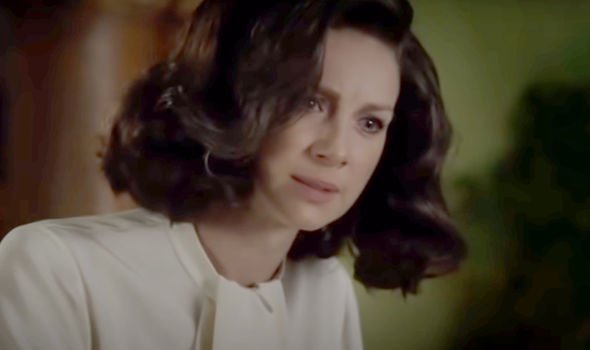 Despite the pain, Frank did seem to find a small semblance of happiness with PhD student Sandy Travers (Sarah MacRae).

But this seemed to annoy Claire and she appeared to be jealous on several occasions in the series.

One scene featured Claire asking Frank if he wanted to go to the cinema. But he admitted he’d already made plans, suggesting he was going with his girlfriend.

Claire clearly bristled when she realised Frank had started seeing someone else now and she wasn’t the only object of his affections. 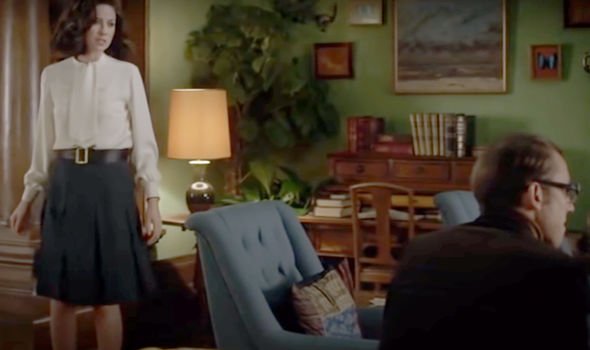 Another moment came when the Randalls had guests over during a celebration and Sandy arrived – believing the house was supposed to be empty apart from Frank with a shocked Claire answering the door.

The final moment of Claire’s jealousy came when Frank told her his plans to divorce and build a new life with Sandy in England.

Claire seemed to scoff at the idea he would marry Sandy. There was more than a hint of envy at Frank’s sliver of happiness – even though she’d spent the past 20 years professing her love for a man who was technically dead in the 20th century.

Speaking on the Outlander season three DVD, executive producers Toni Graphia and Matthew B. Roberts addressed the characters’ motivations during their final argument and Claire’s jealousy.

She went on to say: “Before he walks out the door, he still loves [Claire] and he wants to be happy but it’s almost like one last chance. ‘Speak now or forever hold your peace. Could you have ever loved me?’ And when she says, ‘That amount of time doesn’t exist,’ it frees him.”

While Roberts added: “He wished it could be her. That’s why he’s like, ‘I wish it could be you that loved me.’”

On the dynamic between the couple, Roberts said from Frank’s side there was “probably a little bit of resentment”.

Roberts elaborated: “He’s a professor. It’s honourable but this is a woman who became a doctor and he’s kinda taking care of Bree so she can go to medical school. And we were talking about it and there’s probably some resentment built up.”

Graphia said: “I loved how jealous Claire is here and I love when he says, ‘Green ain’t your colour, Claire.’ Because this is a side of her we don’t get to see.”

The producer said of the moment Frank’s mistress unexpectedly turned up at their house: “I don’t he planned to have Sandy come to the door, but I think once it happened, there was a little bit of satisfaction in that for Frank because it’s like, ‘Come on, you’re in love with some other guy.’”

Claire’s jealousy may have come out of her own ability to be with Jamie. For so long she believed Jamie had died at Culloden and so she felt she had lost her own love – it was only after Frank’s death she learnt her Highlander was still alive.