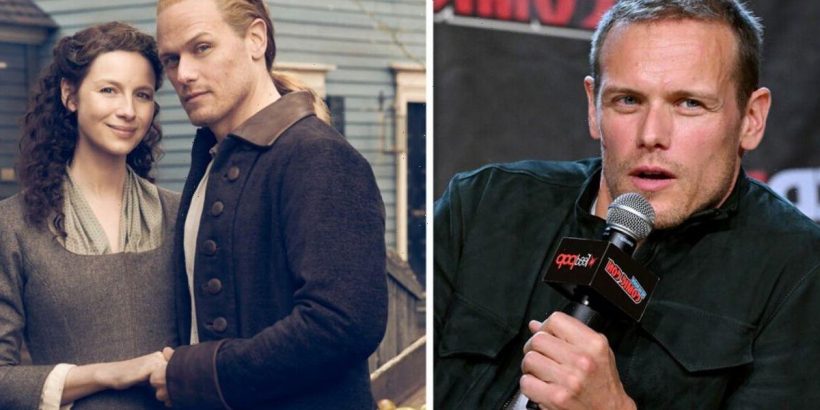 Starz historical fantasy series Outlander continues to grow with the show accumulating more fans over time. Series seven is in the works and promises to be extra-long with a total of 16 episodes to make up for the truncated sixth outing, cut short due to the coronavirus pandemic. With filming taking place on season seven, fans have now been turning their attention to the future of the show and wondering what comes next.

Has Outlander season 8 been confirmed yet?

One fan asked whether Outlander would be ending with season eight and if there could be a possible season nine and even 10 – which would follow the number of Outlander novels in Gabaldon’s book series.

Heughan said: “We’re still on season seven.” While Gabaldon went on to say: “Absolutely nothing has been officially released regarding that. So even if we knew anything, we couldn’t tell you..

Heughan joked to the fan as he added: “So close, you thought someone would break, didn’t you?”

Sadly, Starz has yet to confirm anything about a possible season eight but Express.co.uk has reached out to the network for comment.

As always, any recommission will be based on viewing figures with Starz looking carefully at the audience numbers before making a decision.

Outlander has become a global phenomenon with its stars becoming huge names in their own right and a massive fanbase to boot.

Season seven of Outlander was confirmed back in March 2021 during the pandemic with fans safe in the knowledge there would be more.

Should season eight go ahead, it’s likely to focus on the eighth novel Written in my Heart’s Blood and takes place in 1778 with Jamie Fraser (played by Heughan) believed to have perished at sea.

His beloved wife Claire Fraser (Caitriona Balfe) and Jamie’s best friend Lord John Grey (Berry) get married after the kindly Redcoat fears for her safety as a widow.

Thankfully, Jamie does come back from the dead and is not too pleased to find out what’s happened in his absence.

Claire will be trying to stop Jamie and Lord John from killing each other after the Highlander discovers she slept with her new husband amid their shared grief.

Ian Murray (John Bell) will be experiencing some romantic strife as well with his fiancée catching his cousin’s eye.

Finally, things are far from simple when Brianna (Sophie Skelton) and Roger MacKenzie (Richard Rankin) discover their son has been kidnapped and taken to the past.

Roger has gone back in time to find their child, while Brianna will be dealing with a dangerous criminal in the present.

Season eight would see the main cast returning with leads and producers Balfe and Heughan working on the next instalment.

The episode count is likely to be 13 episodes, given the majority of Outlander seasons have run to this number with instalments airing on a weekly basis.

Although the cast couldn’t give much away about season seven, Heughan did open up about shooting on the sixth outing.

He said: “I would say season six, personally, was one of the hardest seasons to shoot and it was also a smaller season. I think it was sort of a cumulative effect of obviously shooting through winter in Scotland, which we always talk about the weather or whatever, but it was really tough.

“And I think also the subject material, I mean the Christies… my god that family. Boy, they’re hard work right?”

He added: “Those guys are amazing, aren’t they? They are fantastic as a family but geez, I wouldn’t invite them round for dinner. But also the Covid protocols just made everything slower and more difficult.

“But also I think despite being a smaller season, I think it’s one of the most interesting ones. It’s compact, it’s intense, so I actually really enjoyed it but it was very, very difficult.”