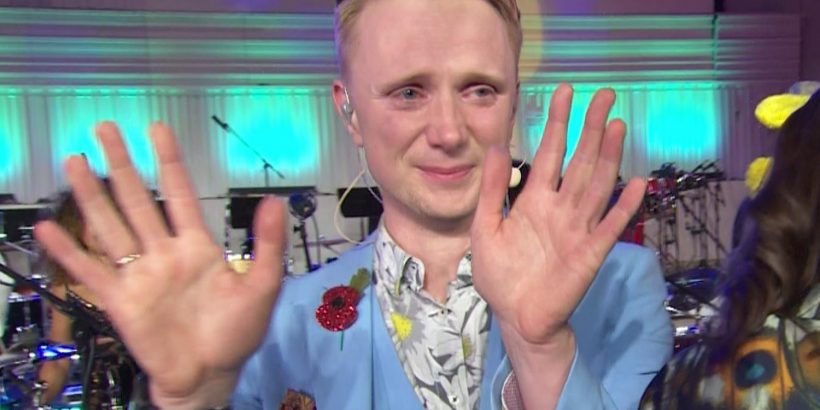 BBC Breakfast starOwain Wyn Evans broke down in tears today after drumming for 24 hours in aid of Children In Need.

The weather presenter, famous for his rendition of the BBC News theme, finished the epic feat with a tribute to Britney Spears, whose conservatorship has ended. 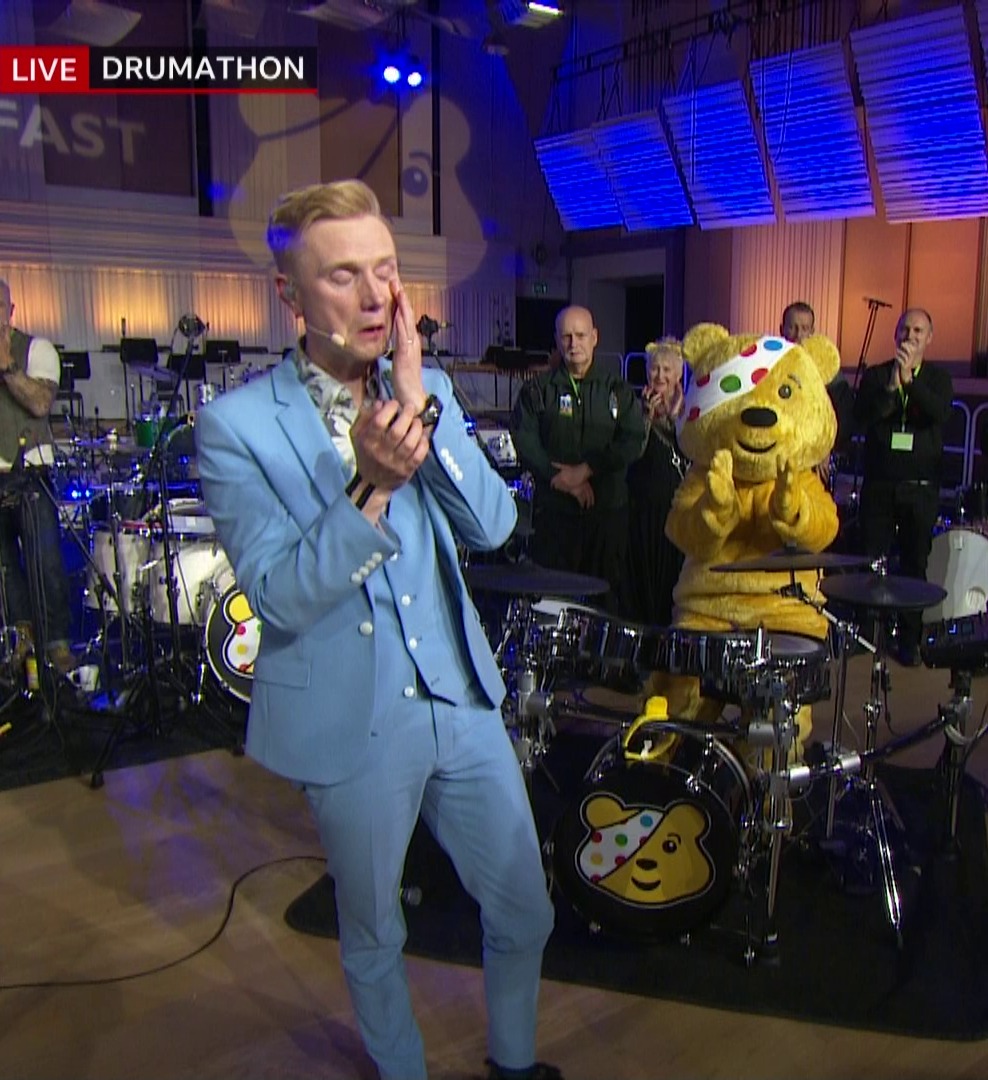 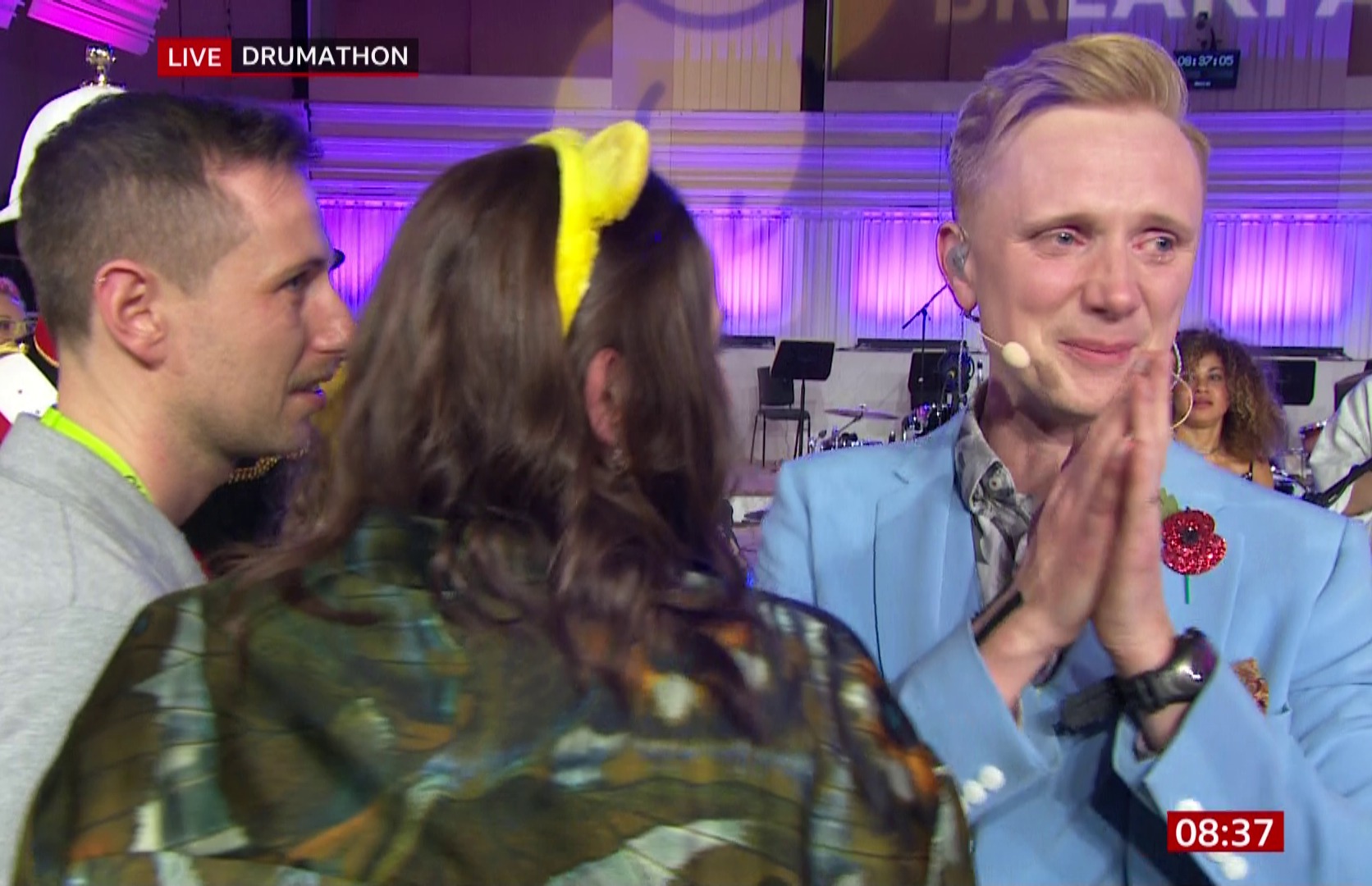 Tearful Owain was hugged by husband Arran Rees after getting up following a performance of Hit Me Baby One More Time.

The Drumathon has helped to raise an incredible £2million for the BBC's Children In Need charity.

Owain told viewers: "It's just felt like a really long time and it's been really hard but the generosity of people has just been incredible.

"The reason that we've done this is to raise money for Children In Need."

The star, who had just five-minute breaks to soak his tired hands and have treatment on his back, earlier admitted the process was painful.

He told The One Show hosts Lauren Laverne and Harry Judd: "I've got a couple of cuts, my arms are starting to ache now and my back is aching as well.

"But oh my goodness this is just amazing to be part of, you two, and I'm having a great time."

He had been using the five-minute breaks he is allowed to take even plunging his sore hands into ice-cold water or having his back stretched.

The Welsh broadcaster has been performing on drum kits all around Salford’s MediaCityUK, with a main stage area at the BBC Philharmonic Studio.

But the 27-year-old didn't go it alone, with musicians from around the UK spurring him on.

It's also not Owain's first drumming injury – he also got a black eye back in October while training for the drumathon.

Posting a picture of his eye he wrote: "BBC Breakfast Drumathon training update.

"This weekend I bashed myself in the face with a drumstick and as a result have a bruised nose and potential black eye. 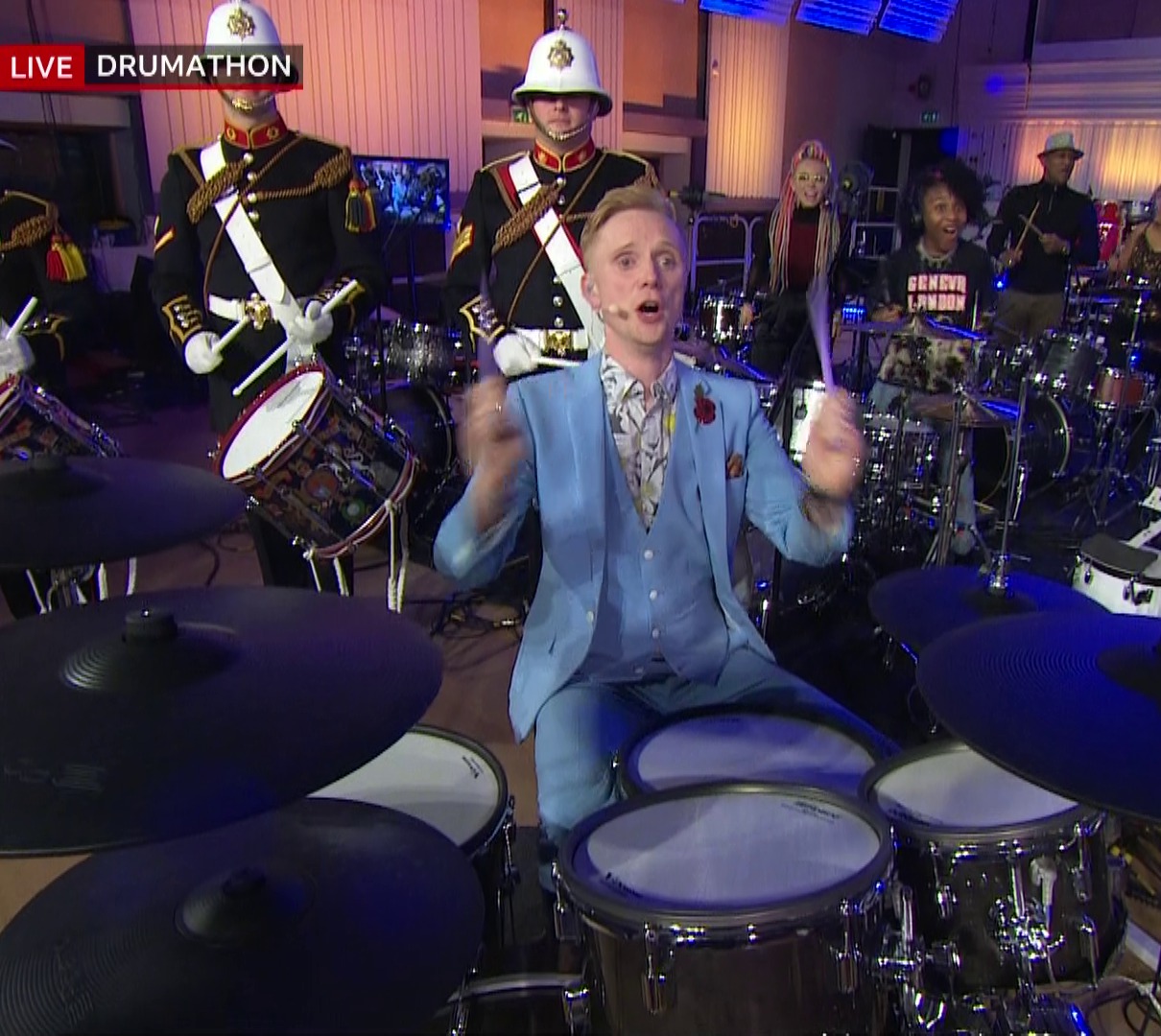 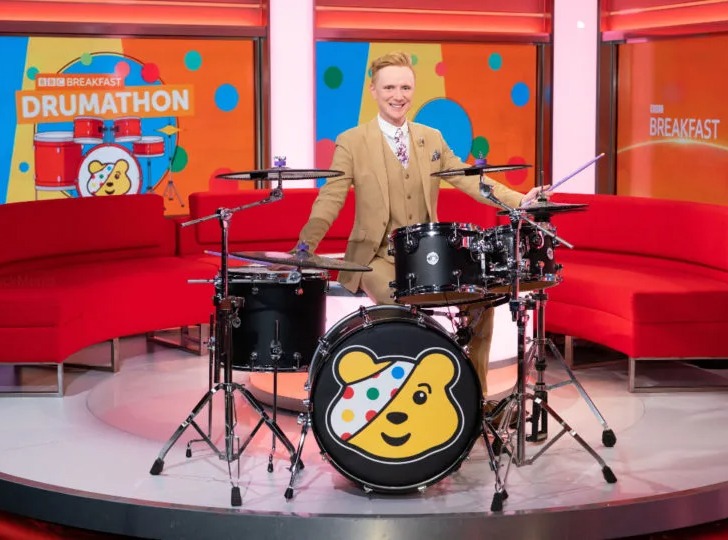