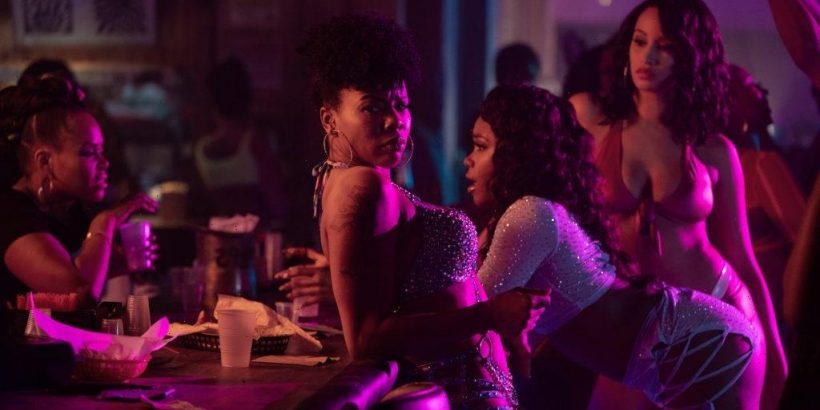 It’s almost opening time at The Pynk. The second season of Katori Hall’s drama series is currently in the works, with production underway in Atlanta. Starring Elarica Johnson, Nicco Annan, Brandee Evans, and Shannon Thornton, the show focuses on the dancers and patrons of the sole strip club in the area. There’s been plenty of anticipation for its return, but it reached another level following the release of a new teaser image.

On P-Valley Season 1, we watched Montavius spend eight episodes trying to find Hailey. He eventually tracked her down at the club, forcefully demanding his money back in Paradise Room. A big fight broke out that eventually seemed to end in his death.

A “funeral” held the next day turned out to be the auction for The Pynk. Andre intended to buy the club to make space for a casino, but Hailey came in and bought it back, making her a part-owner of the club.

With P-Valley Season 2 coming up, the show has decided to release a teaser video of what to expect. The clip is interspersed with cast interviews, behind-the-scenes footage, and glimpses of scenes from the next season.

“In Season 2, I think this season has a different feel,” J. Alphonse Nicholson (Lil’ Murda) shared. “There are new stages, there are new sets that we haven’t yet explored,” Thornton continued. “Expect to see more things happening outside the club,” Evans noted. “Expect things to get deeper, grimier, darker… there’s a lot to sink your teeth into.”

“I can guarantee what you think is gonna happen is just the tip,” Annan teased. “I promise it will be worth the wait,” added Evans.

“I’m looking forward for this new season of P-Valley,” one fan wrote under the video.

“I soooooooo cannot wait for season 2, absolutely LOVE this show!!!” said another.

“Bruhhhhhh😩😍 I’m liking the new scenery looks a bit more colorful than first season & I heard that they have already filmed about 4 episodes already😩😍,” a third comment read.

‘P-Valley’ Season 2 has been described as a ‘rollercoaster’

Although not much is known about the exact plot of P-Valley Season 2, Evans previously said it would take viewers on a “rollercoaster.”

Season 2 is especially “a roller coaster ride” for her character Mercedes. “You are about to see Mercedes go on a different type of journey,” Evans added. “Some things that you wouldn’t expect from her, you might see from her this season, so that’s a little hint.”

But she also noted that “a lot of things” would be happening to other characters.

There’s still no set release date for P-Valley Season 2, but the trailer confirms it’ll be back in 2022.