Starz’s latest hit drama P-Valley recently returned to screens with the highly anticipated second season of life at The Pynk. However, things took a gut-wrenching turn when fans were forced to say a devastating goodbye in the most recent episode.

Throughout season two, fans had an in-depth look at Lil Murda’s past (J. Alphonse Nicholson).

This included a new perspective on his friendship with Big Teak (John Clarence Stewart), which was revealed to be partly romantic.

As for Big Teak his mental health had been spiralling out of control since his departure from prison as he struggled to adjust to the outside world.

Viewers also gained insight into his background which was troubled and filled with violence.

READ MORE: Eamonn Holmes speaks out on ITV return ‘Have to be an apology’ 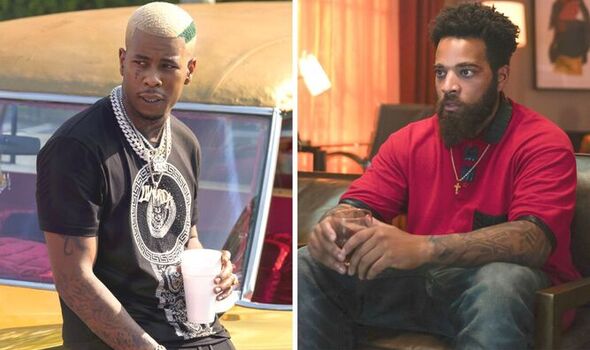 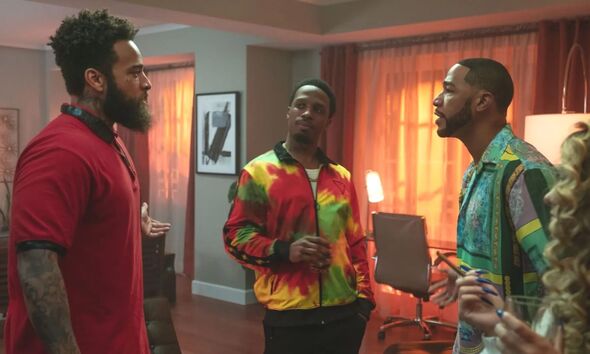 As Lil Murda’s head of security, he was battling with his feelings as the love of his life had moved on without him.

The episode titled ‘Savage’ was a journey down memory lane and self-reflection for the character as he visited his old family home.

In the moving scene, he thought back to his childhood, when his sexuality was even more suppressed.

Outside, he explained to Lil Murda the true meaning behind his teardrop tattoos, which was far from the stereotype. 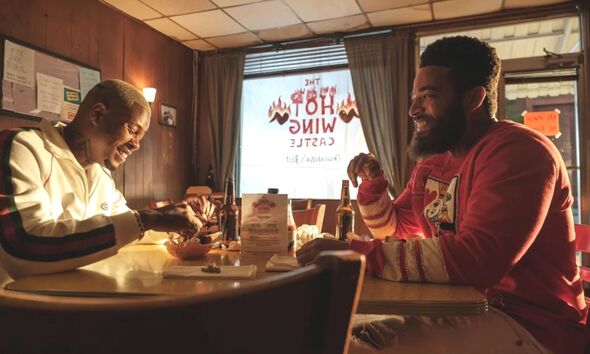 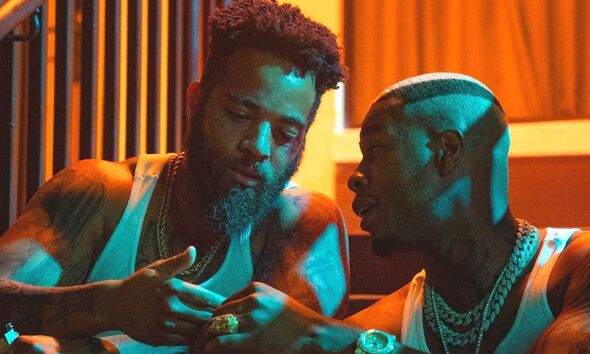 While many thought the tattoos symbolised the number of people he had killed, they instead represented all the people he had lost.

As the two spent the day together Murda soon realised Big Teak was preparing to end his life and tried to desperately talk him out of it.

However, in the shocking scene, Big Teak went through with it and shot himself in front of Murda.

Although the graphic scene wasn’t displayed on screens, viewers saw a flash, heard the gunshot and then saw Murda stubble out of the car covered in blood.

Fans were distraught to see how the episode ended and took to social media to share their sadness at Big Teak’s fate.

@DominiqueGee3 tweeted: “P-valley got me in tears! that episode was f*** amazing.”

An emotional @OMGItsKeishaa added: “Whew I’m still not over this episode, this was a tough one”

@ChillCookie25_8 stated: “This [P-Valley] episode is REAL. There’s a lot of people fighting internal demons and no one can talk them out of it.”

@Alexyss_xoxo remarked: “Wow so [P-Valley] just had me in my living room CRYING.”

@serenity_diorr added: “I’m so mad teak killed himself !!! but he was facing real f*g mental problems and nobody even knew.”

As _Lauradior noted: “This episode is not a joke, it’s a message, check on your love ones that always appear to be the strong ones.”

P-Valley is available on Starz in the US and on Starzplay in the UK.