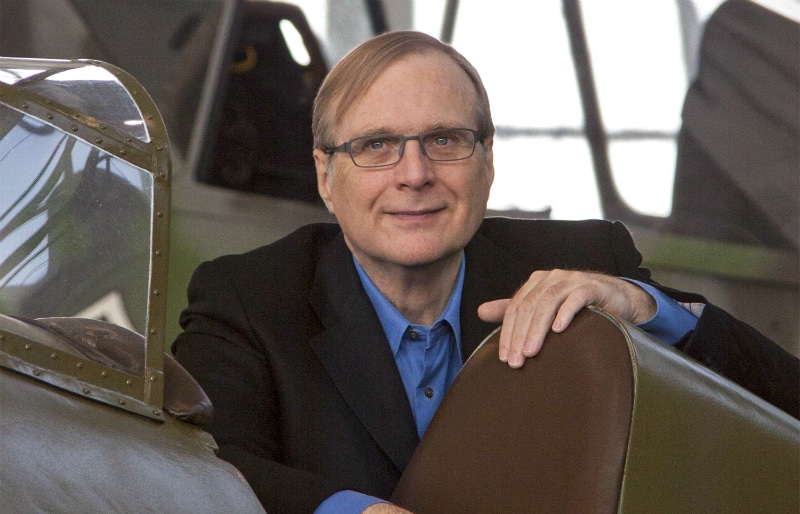 Paul Allen, one of the founders of Microsoft, has passed away. According to CNBC, Allen was one of the wealthiest people in the world at the time of his death. On Forbes’ 2018 list of billionaires, he placed 44th with an estimated net worth of more than $20 billion.

While Bill Gates is the name that people associate with Microsoft, Allen was actually a strong force in Microsoft during the earlier years. He worked with the company during the first seven years, working closely with Gates, as they moved the computer to a mainstream device for the home.

After leaving Microsoft in 1983 and beating cancer in 1982, he founded Vulcan Inc., an investment and project management firm with his sister, Jody Allen. Just two years later, he started the Paul G. Allen Family Foundation, a foundation that tackles hard problems, such as protecting wildlife and saving the oceans using technology.

Paul Allen purchased the Seattle Seahawks in 1997 when the team reconsidered leaving for California. He also has owned the NBA Portland Trailblazers since 1988. In 2009, he became a minority owner in the Seattle Sounders.

In 1997, Paul Allen founded Vulcan Productions, an independent film production company. His IMDB page reveals he has worked as a producer on a long list of works, including documentaries, such as Ballet Now, Ghost Fleet, We the Voters, and The Cold Blue. Major movies he has worked on include Hard Candy from 2005, Ocean Warriors from 2016, and Titus in 1999.

CNBC shared a statement from Bill Gates, who is devastated that his long-time friend has passed away. He gives credit to Allen, saying that the personal computer would not have existed today without his contributions.

“I am heartbroken by the passing of one of my oldest and dearest friends, Paul Allen. From our early days together at Lakeside School, through our partnership in the creation of Microsoft, to some of our joint philanthropic projects over the years, Paul was a true partner and dear friend. Personal computing would not have existed without him.

But Paul wasn’t content with starting one company. He channeled his intellect and compassion into a second act focused on improving people’s lives and strengthening communities in Seattle and around the world. He was fond of saying, “If it has the potential to do good, then we should do it.” That’s the kind of person he was.

Paul loved life and those around him, and we all cherished him in return. He deserved much more time, but his contributions to the world of technology and philanthropy will live on for generations to come. I will miss him tremendously.”