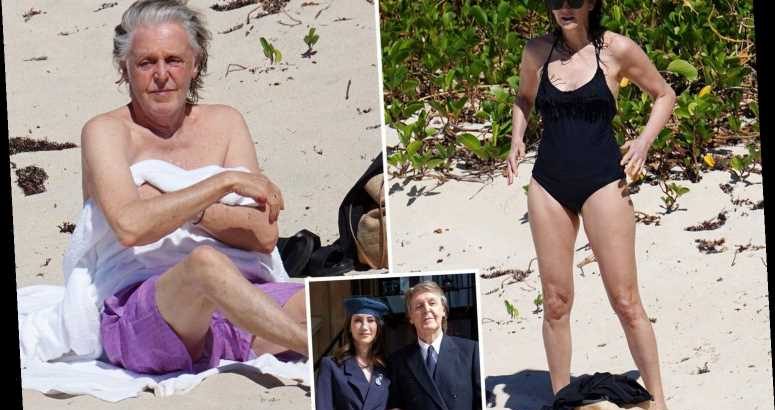 SIR Paul McCartney had a fun roll around in the sand as he enjoyed the beach vibes on St Barts.

The Beatles legend, 78, and his wife Nancy Shevell, 61, have been enjoying their relaxing holiday on the Caribbean island. 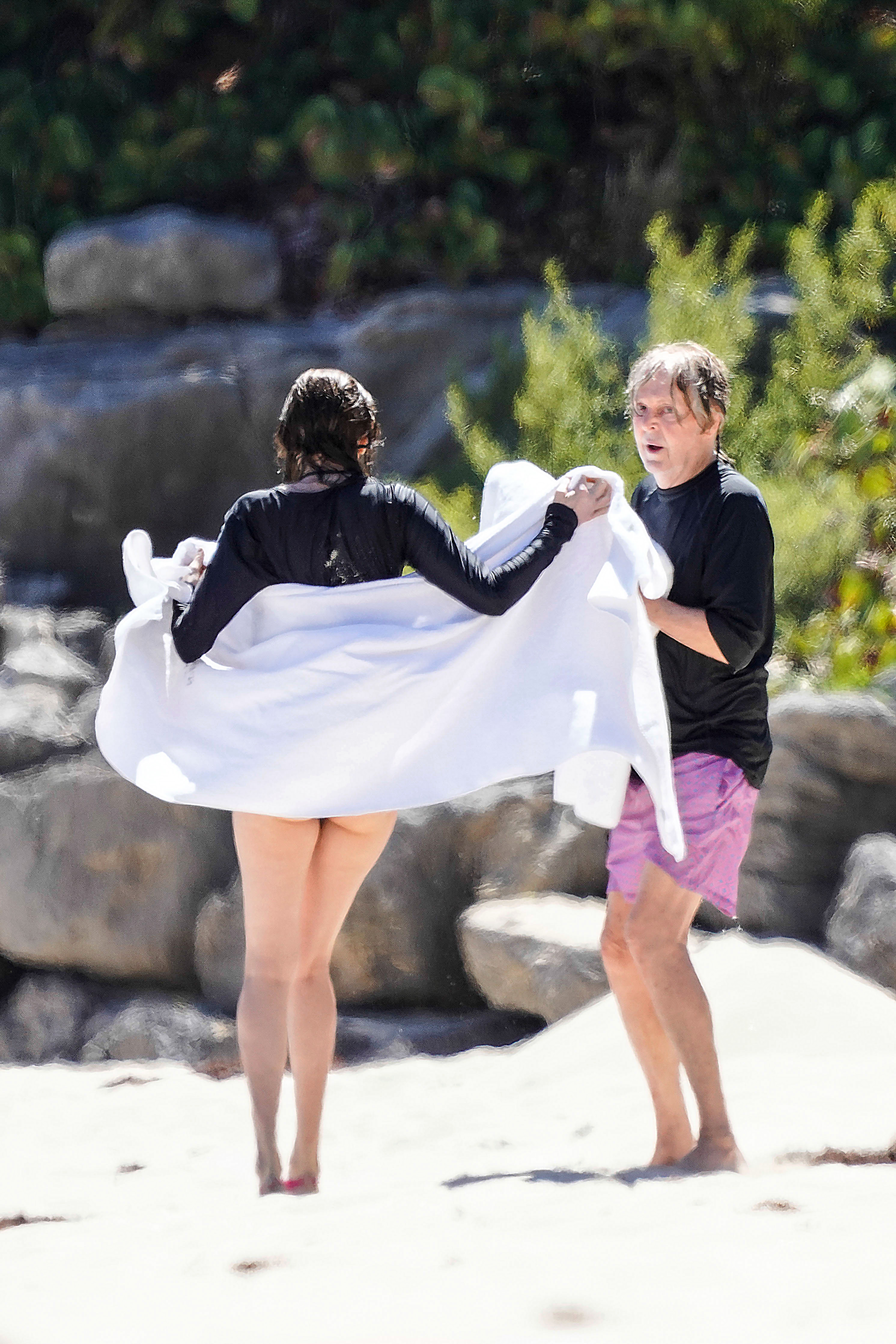 Sir Paul donned a pair of lilac board shorts along with a black t-shirt and cap which he later removed to soak up the sun.

At one point, the musician awkwardly fell back onto his towel as his leg remained upright.

Nancy kept a close eye on her husband in a black one-piece swimsuit and a straw hat.

She later put on a long sleeved black top to protect her from the sun. 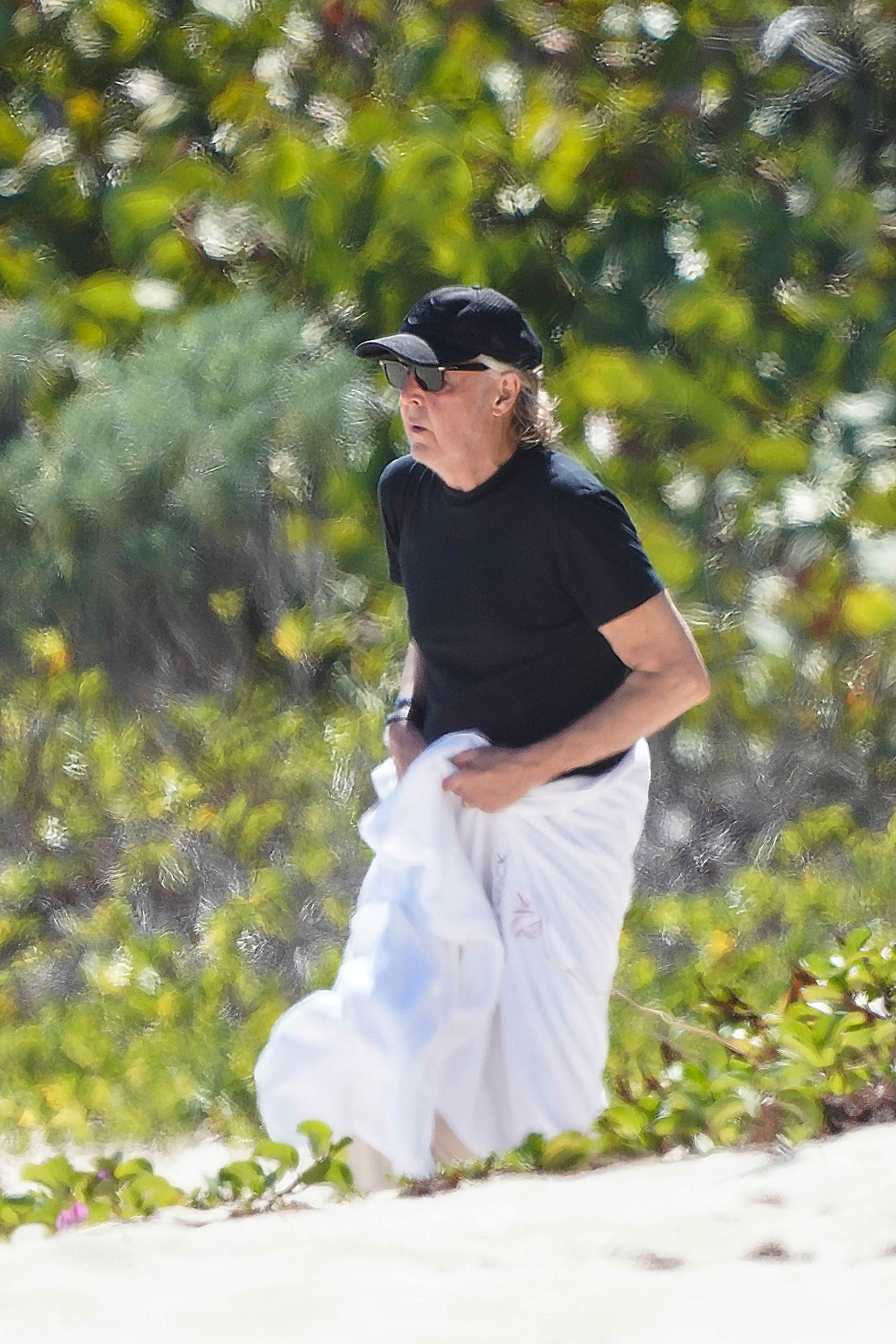 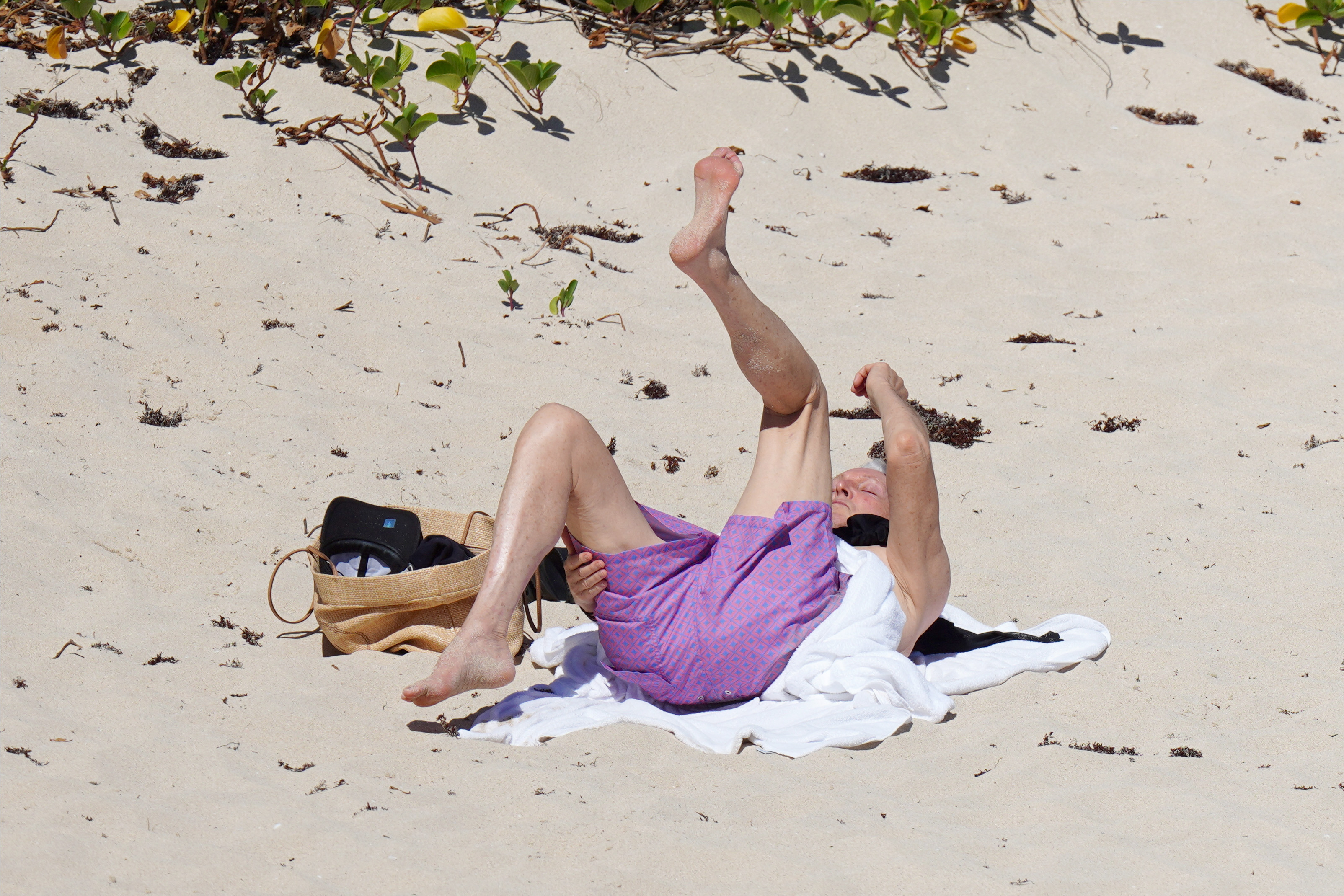 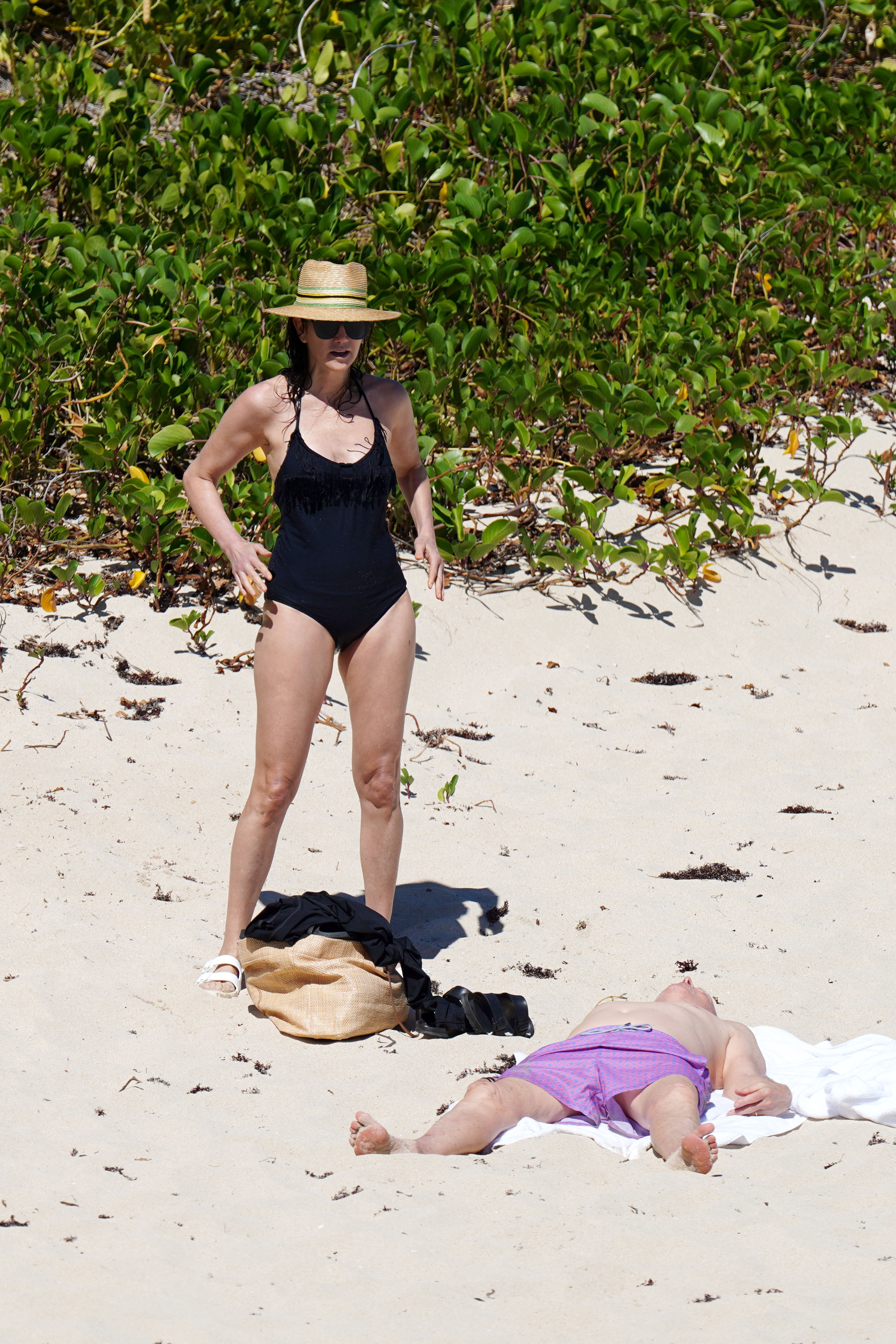 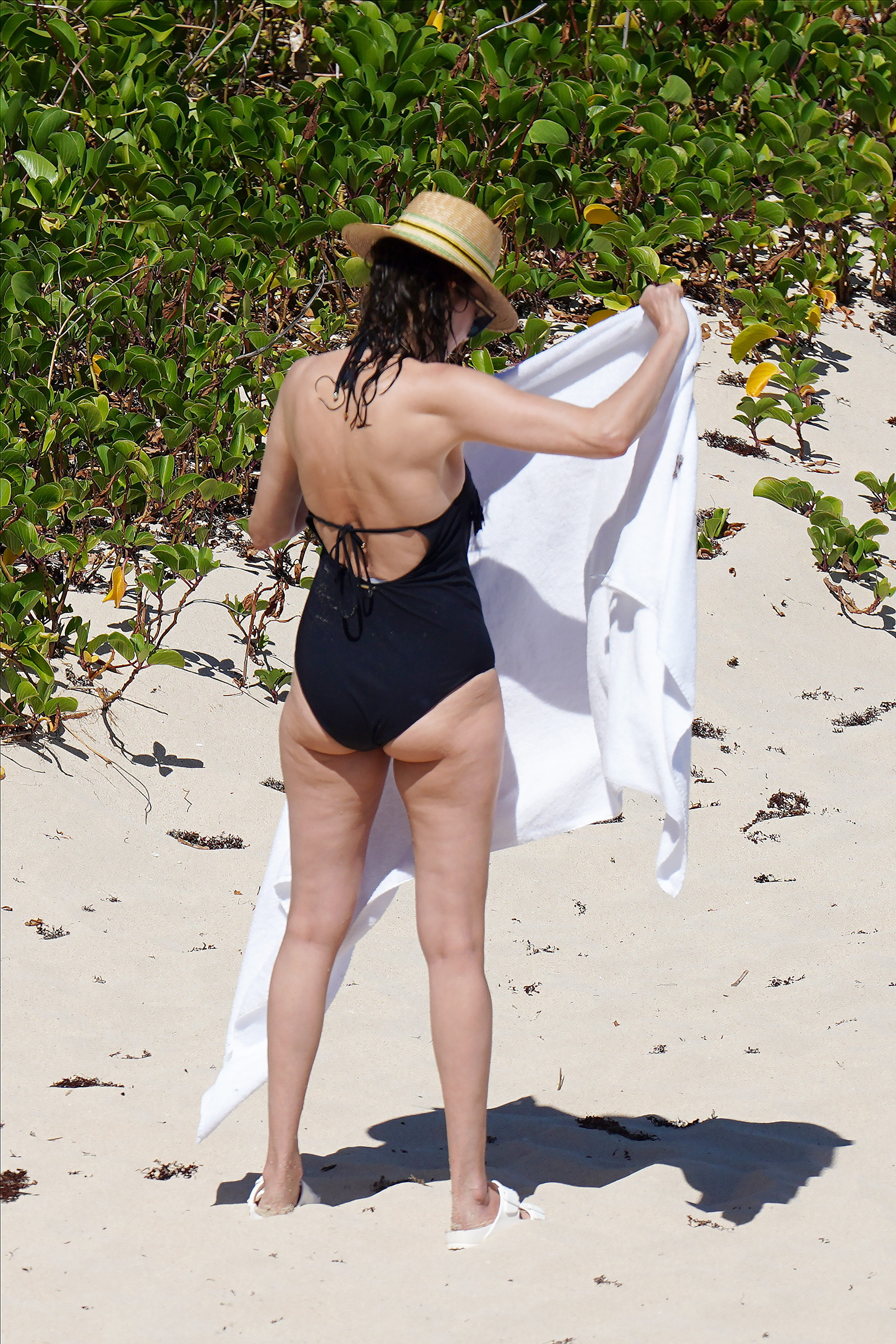 The pair are enjoying their time at one of their favourite holiday destinations.

An onlooker on St Barts in the Caribbean said: “Paul and Nancy looked like they were having a great time.

“They were splashing around in the sea like teenagers.

They both look sprightly and a lot younger than they are. They love it here and are often spotted. 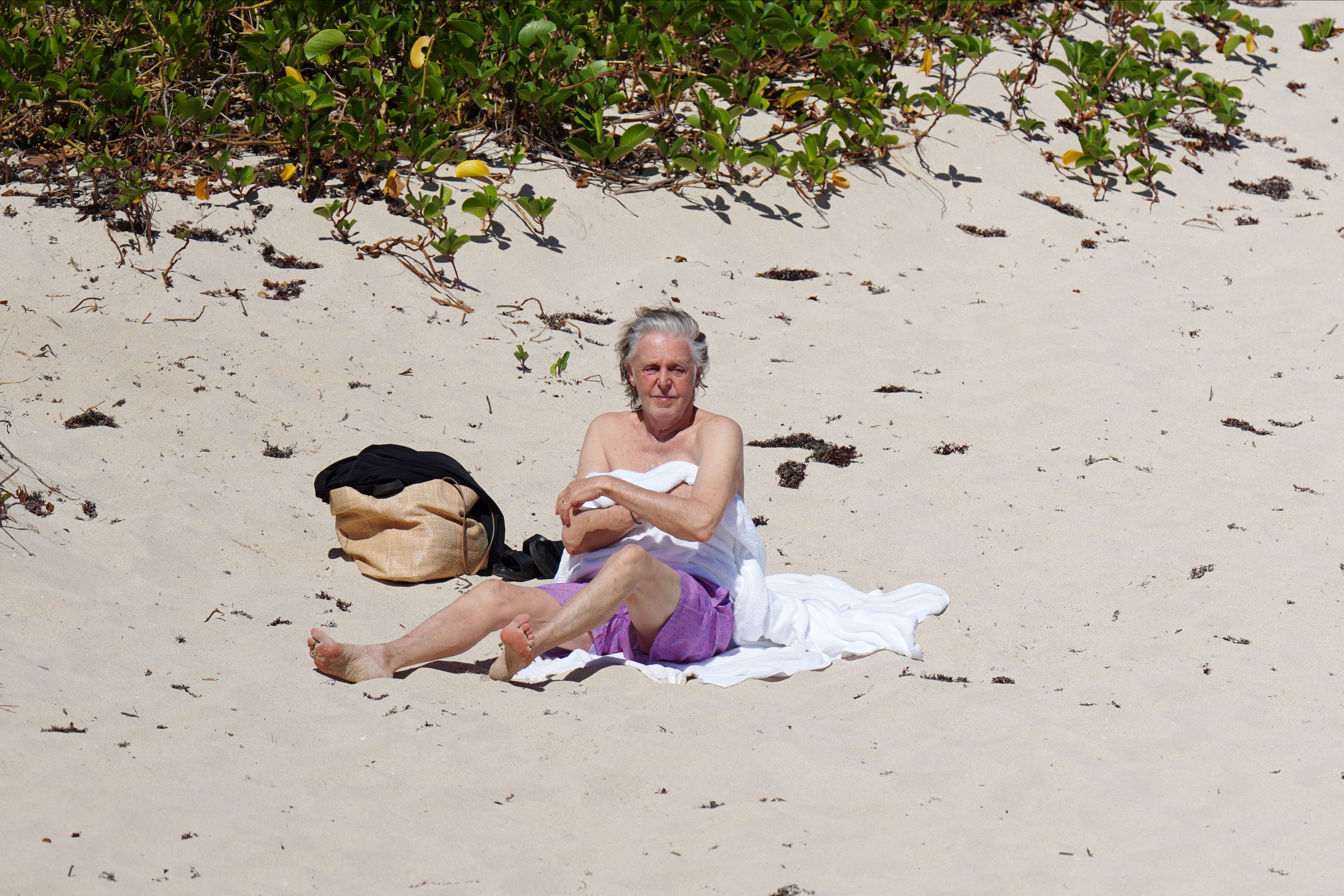 “After playing in the sea for a bit, they towelled each other down and went for a well-earned rest on the beach.”

Macca and US-born Nancy, who wed in London in 2011, also enjoyed a New Year holiday on St Barts. 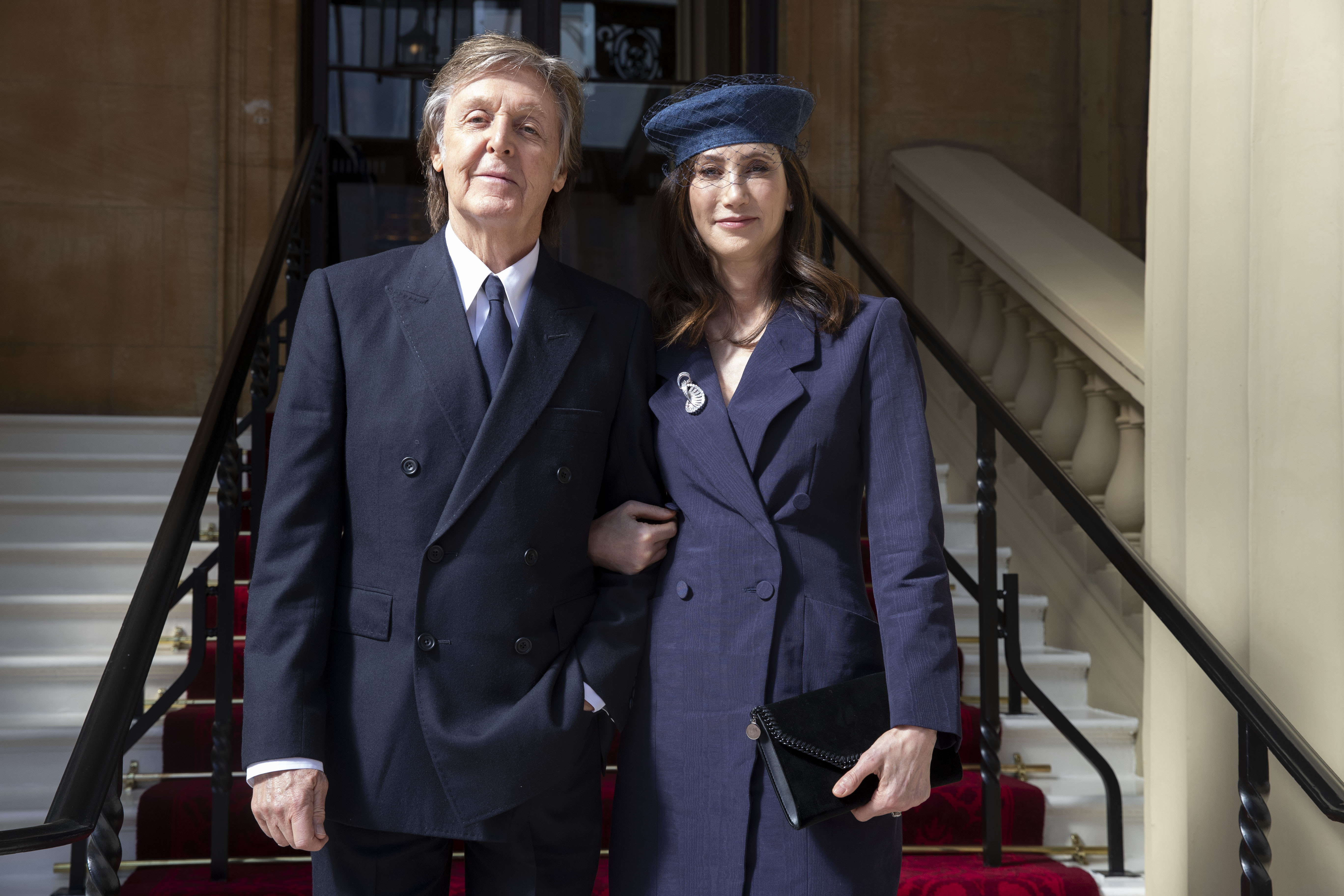 The island has limited Covid restrictions for arrivals giving a negative test.

Its beaches and restaurants are open — allowing the couple to Get Back to where they once belonged.