Lead man Cillian Murphy and co-stars Paul Anderson and Finn Cole slipped into their iconic 1920s garb as they shot more dramatic scenes on the streets of Birmingham. 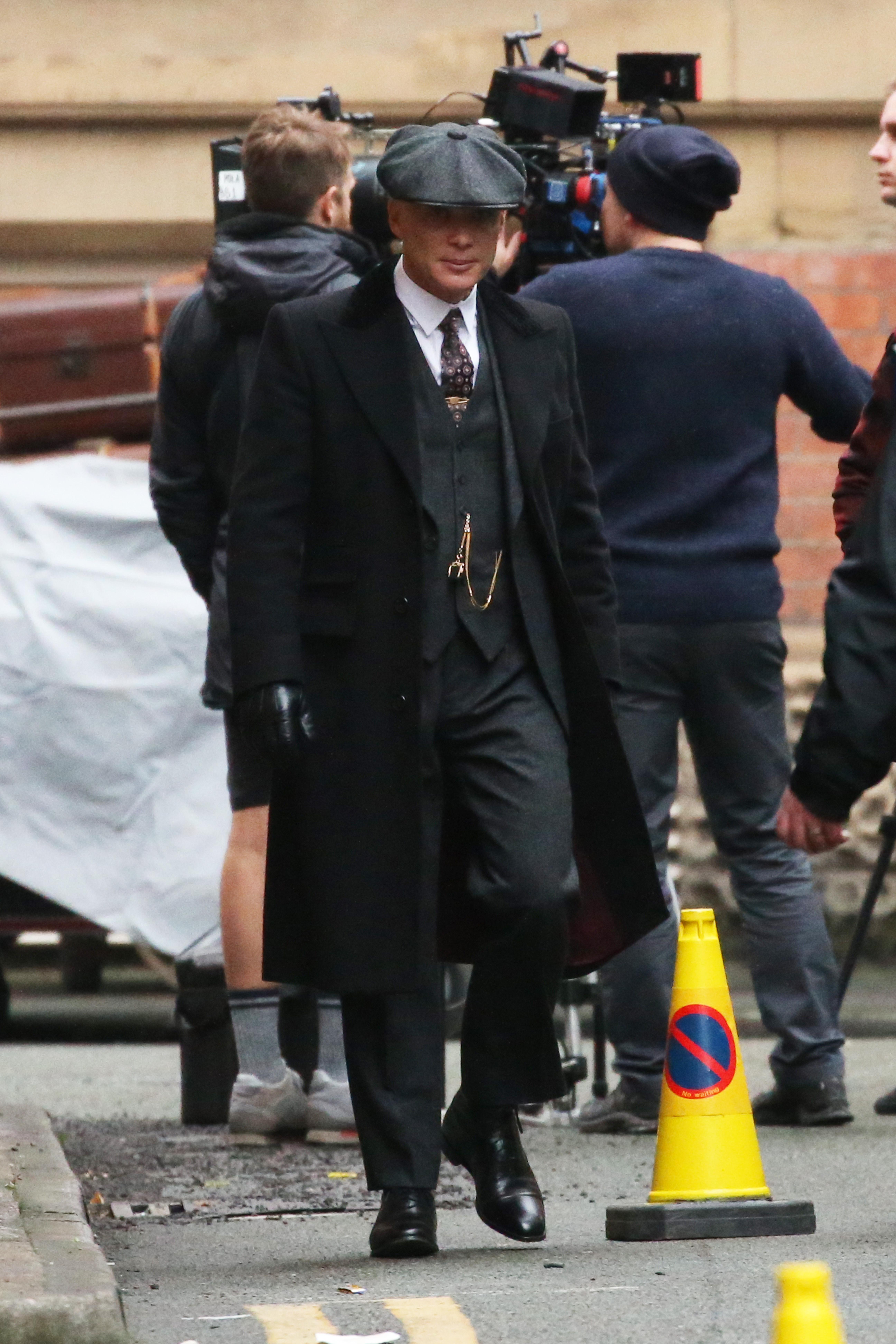 The new series will hit screens on BBC Two next year, and work was well underway for the much-anticipated series today.

Cillian, who plays gang leader Tommy Shelby, was spotted in his trademark suit, baker boy cap and leather gloves as he filmed brooding scenes at a funeral.

Paul, who plays Tommy's brother Arthur, was seen smoking and shouting wildly on the street during the scene, while Finn, who plays their cousin and the gang's secretary Michael, cut a slicker figure in a tan brown suit.

While it is not known whose life has been lost, it proved to be a sombre affair – with black horses drawing the hearse through the smoky town square. 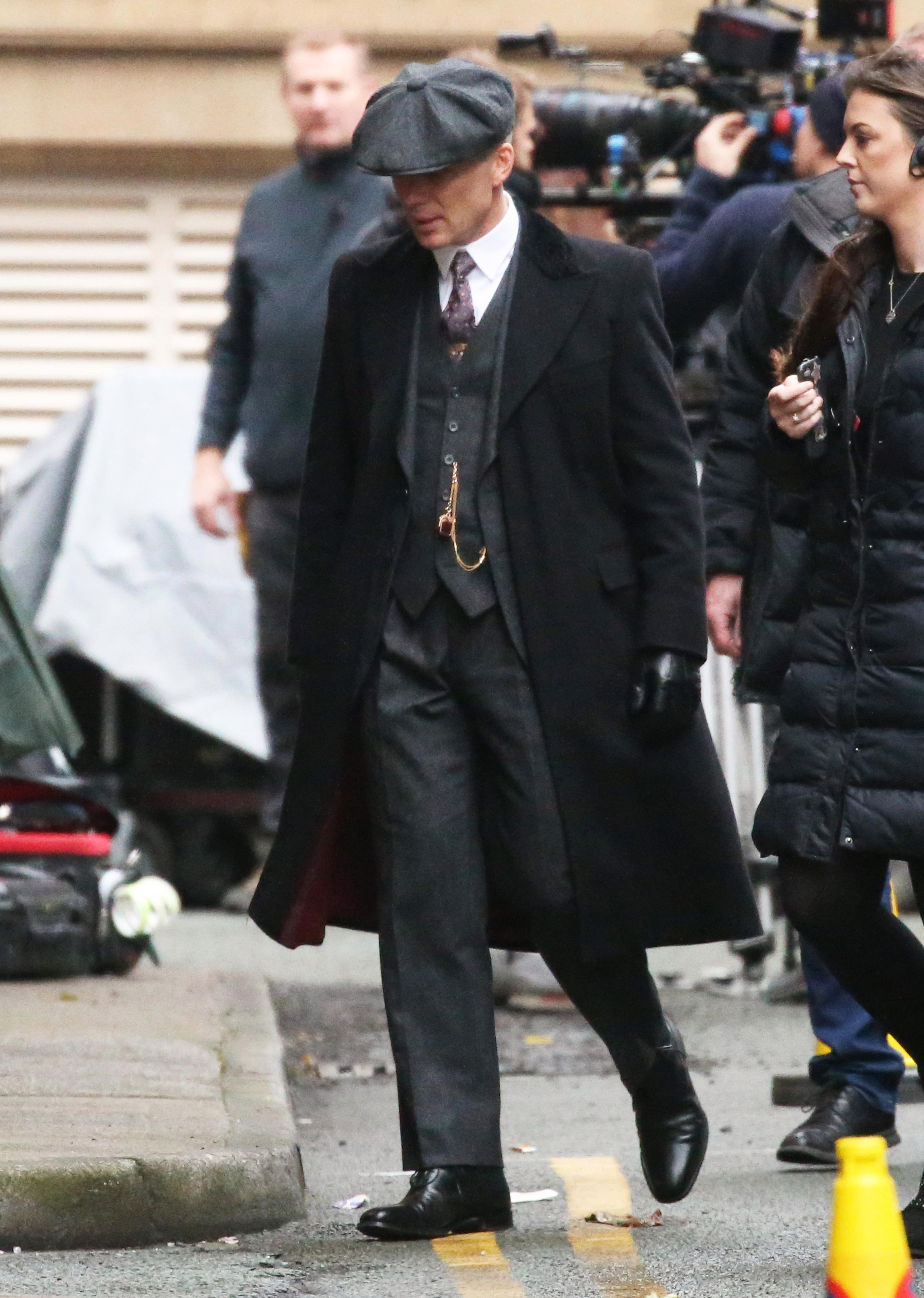 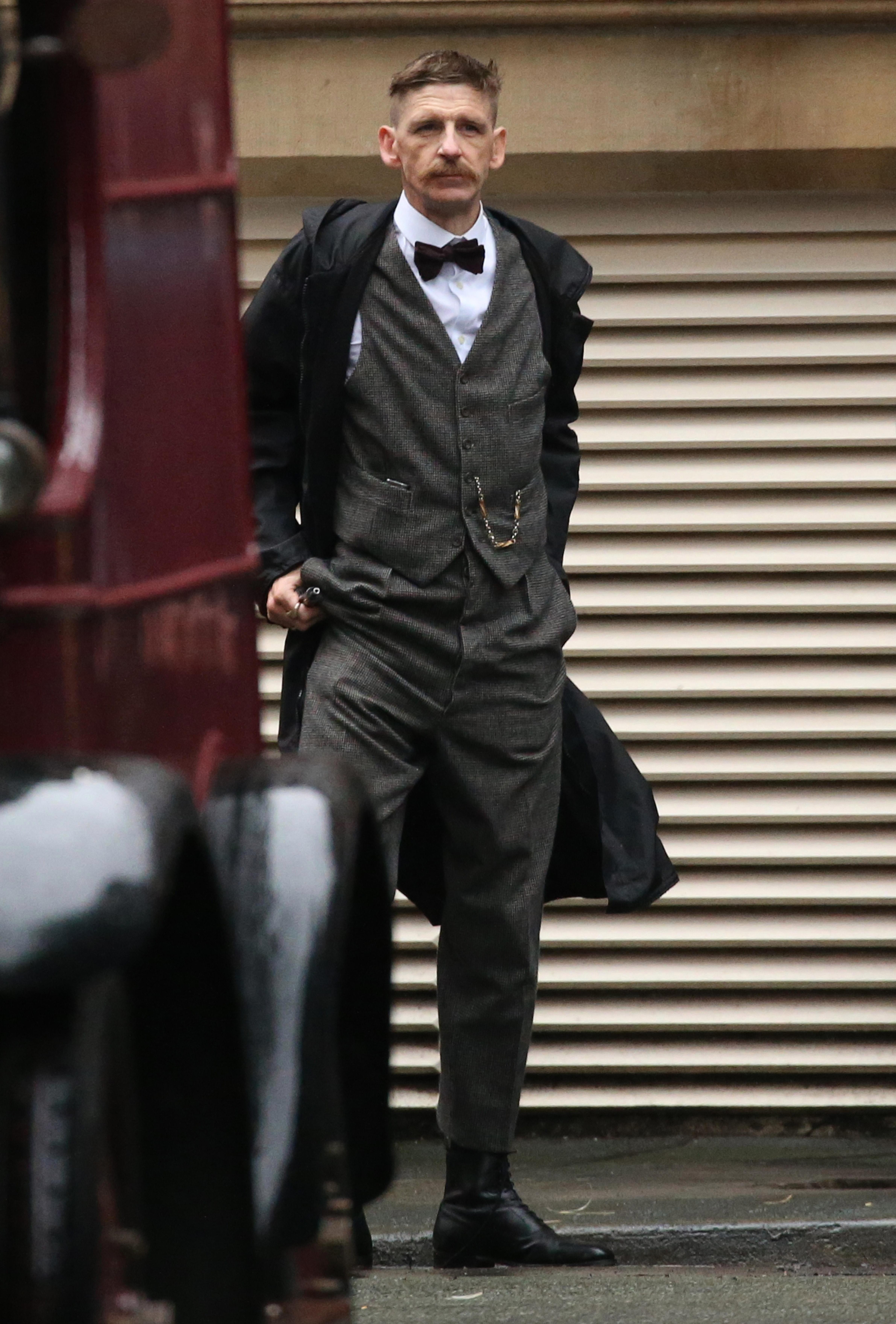 Fans were given a glimpse of the new series last week, when the first promo shot of Cillian in character was released.

The Season 4 finale saw Tommy elected an MP for Birmingham South in a landslide vote, making the Shelby clan more powerful than ever.

Series five of the crime family saga will follow his journey into politics, and also find the world thrown into turmoil by the financial crash of 1929.

Show creator Steve Wright recently revealed that he wanted the story to run from the end of World War One to the beginning of World War Two – in a hint that the fifth season may be the last. 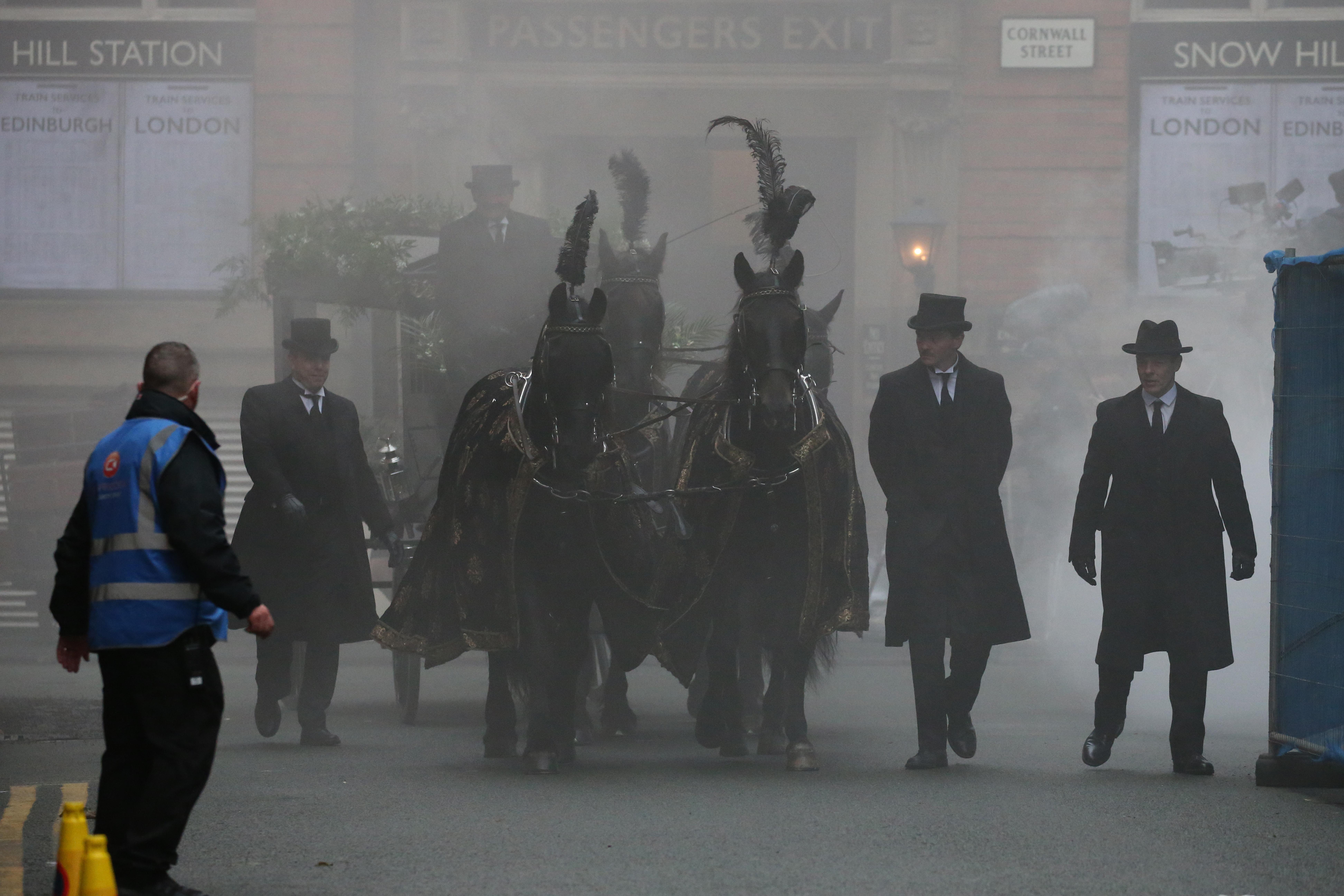 He told the Express: “I’ve always had a pretty clear road map of how this works between World War One and World War Two, and it’s flexible in that you can get to the destination quicker or slower.

"So in my mind it’s probable that we’ll get there at the end of series five. It may be series six.”

While speculation of a Peaky Blinders movie has been rife, lead man Cillian Murphy told Deadline he is hesitant about committing.